Now that I’m off and running with the coffee table, my first thought was to build the top of the table. After all, once I have that done, the base should be pretty straightforward. 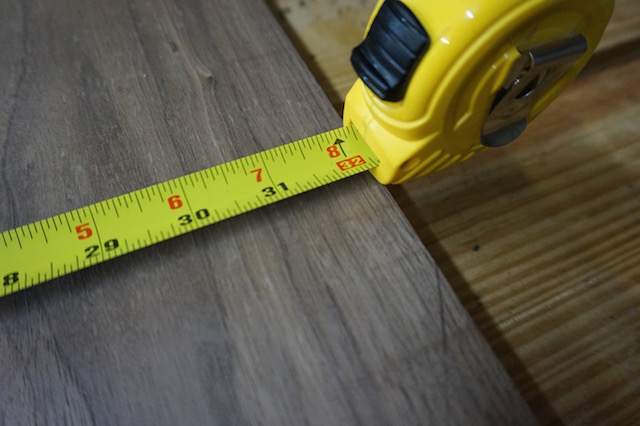 The only problem is that I needed the top of the table to come out to about 36 inches around, and, well, I’m just a little shy of that magic mark. What was I going to do to make up the difference?

Since I needed the remaining boards to make up the stretchers and legs, I was going to have to figure out a way to get that extra width. 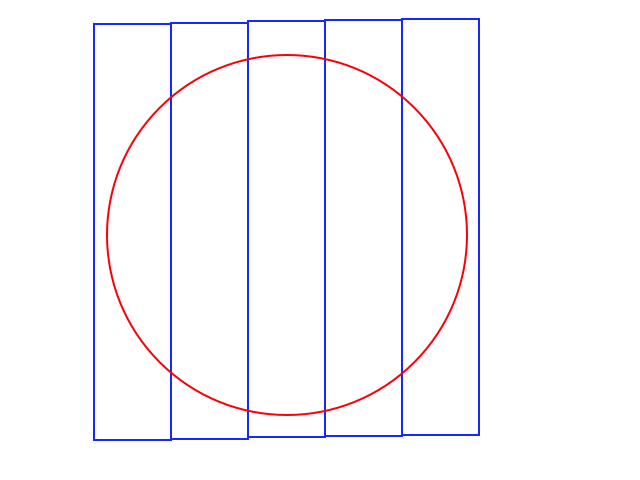 Now, normally I would just line up the boards like this and cut my circle, but as you can see, this is terribly inefficient. You end up with unusable scraps at the far ends. That dog just won’t hunt. 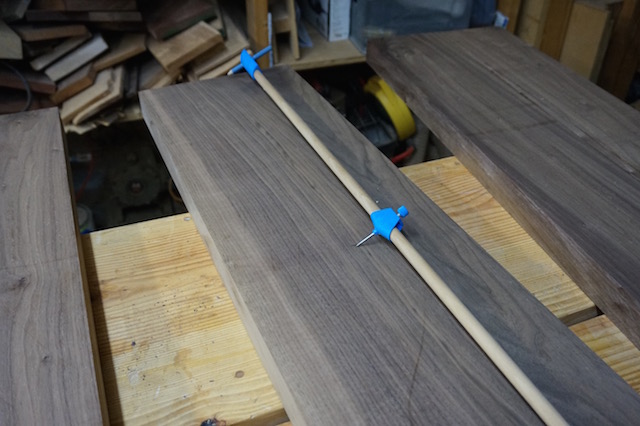 So, what I did was find the center mark of the middle board I wanted. I also used my beam compass to mark an 18 inch radius so I could gauge how far down the board I wanted to be. 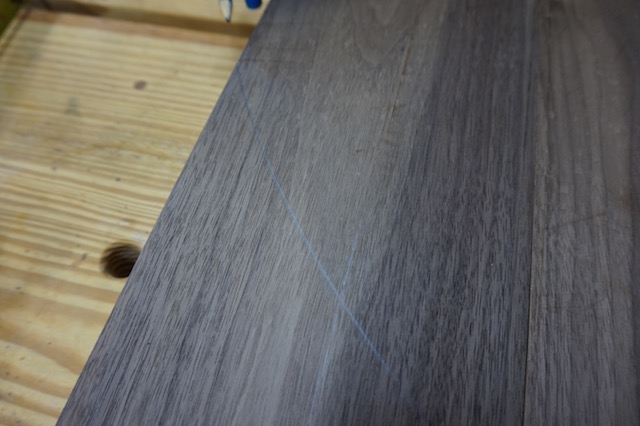 Once I marked the arc on both ends of this board, I lined up the next boards but just down a little bit, so I would keep the highest edge against the top edge, I was able to swing the arc onto the second board, meaning I was able to use less of the board in the circle. By the time I got to the third boards, I was close. Real close. 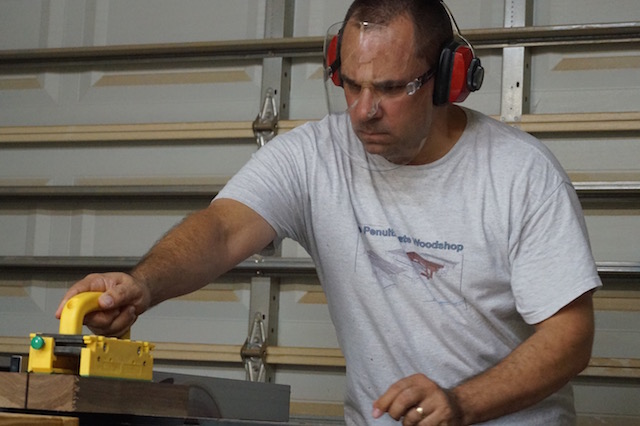 I used my miter saw to cut the third boards as closely as possible to the line, then marked the outside edge of the circle onto the scraps. The first side used only a little of the board, so I headed to my table saw to rip that piece in half. 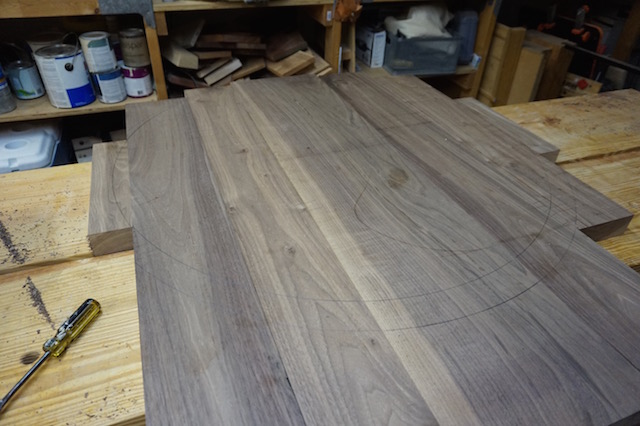 With it in place, it’s easy to see just how well this table top is going to look. Once I get it glued up, I will move on to building a router trammel to cut the perfect circle. But, that’s another post for another day.