OK, so the name is a bit of a portmanteau between a coffee table and an Ottoman, but you get the idea – it’s a table for our family room that I built out of some beautiful, clear Southern Yellow Pine. 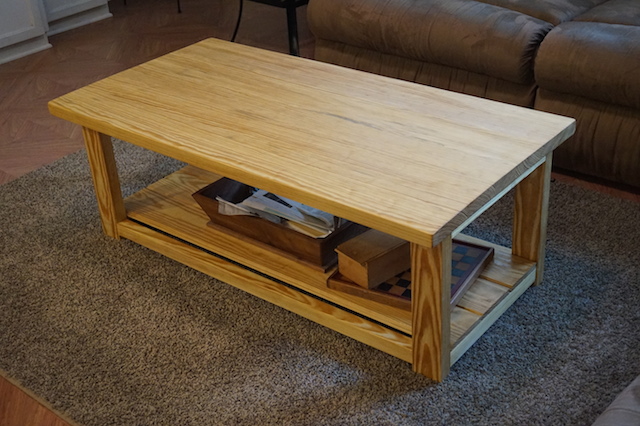 That’s right – the piece came from a pair of 2 x 12 Southern Yellow Pine framing timbers and a 12 foot length of tongue and groove boards for the bottom shelf. After building the piece and placing it in the living area, both Rhonda and I agreed that the piece needed some under table storage for magazines, our chess and checkers set and some other goodies. 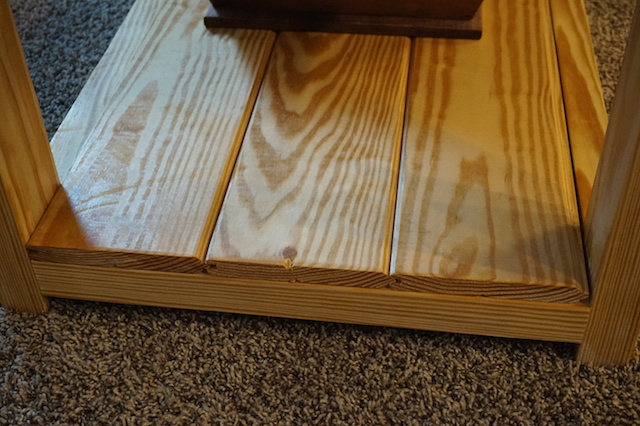 The tongue and groove boards were sweet, clear pine, and I had the option of either having them at their full six inch width or flipping them over and exposing a bead halfway down the middle of each board. I decided to go with the more plain looking side. I glued the tongues and grooves together, and secured them to the frame with a single Miller Dowel at each end, square in the middle of the center board. The two outside boards fit snugly between the frames, and with the glue dry, they won’t  knock free. 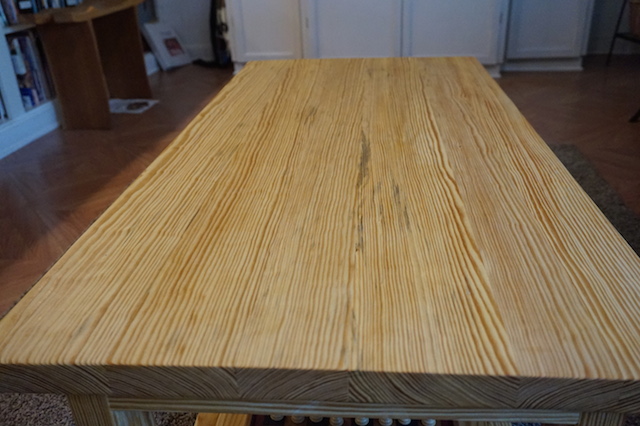 The finish started with the boys sanding the pieces with some 100 grit random orbit sanders (they need something to do during their summer break) until the parts were nice and smooth. Since it’s more of a rustic piece, I rounded over the edges with some rasps and sandpaper. Makes it look a little more weathered that way.

From there, I wiped on a coat of spar varnish. There’s something about that yellowed finish on the pine that really makes it look about 100 years old right off the rag. Once that dried, I sanded it down with some 320 paper, wiped it down with some mineral spirits, then put three coats of wipe-on polyurethane over the top to protect it against the spills that are bound to happen on a table like this. 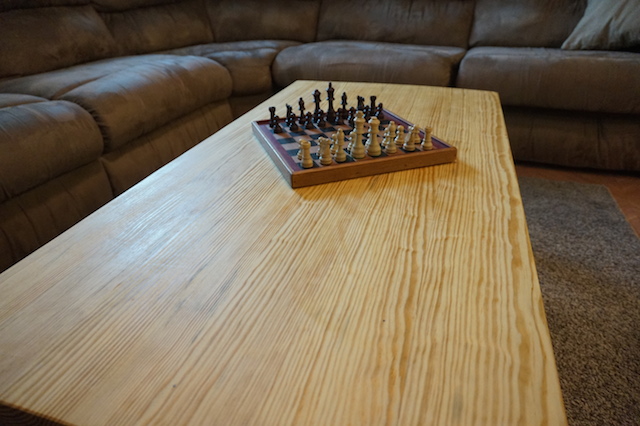 With it in its place in the family room, I can see us using it for family game night, snacks for the big game, homework or whatever for years to come. It’s going to be a piece we use and appreciate every single day.