I really like stories about celebrities who work their way into oblivion, only to reinvent themselves and come back legitimate. Think John Travolta, who hit it huge in Saturday Night Fever only to fall into obscurity before coming back in Pulp Fiction. Or maybe Kurt Warner, who led the1999 St. Louis Rams – the greatest show on turf – to a Superbowl victory, then almost snatched a second victory from the Pittsburgh Steelers in 2008 as quarterback of the Arizona Cardinals. 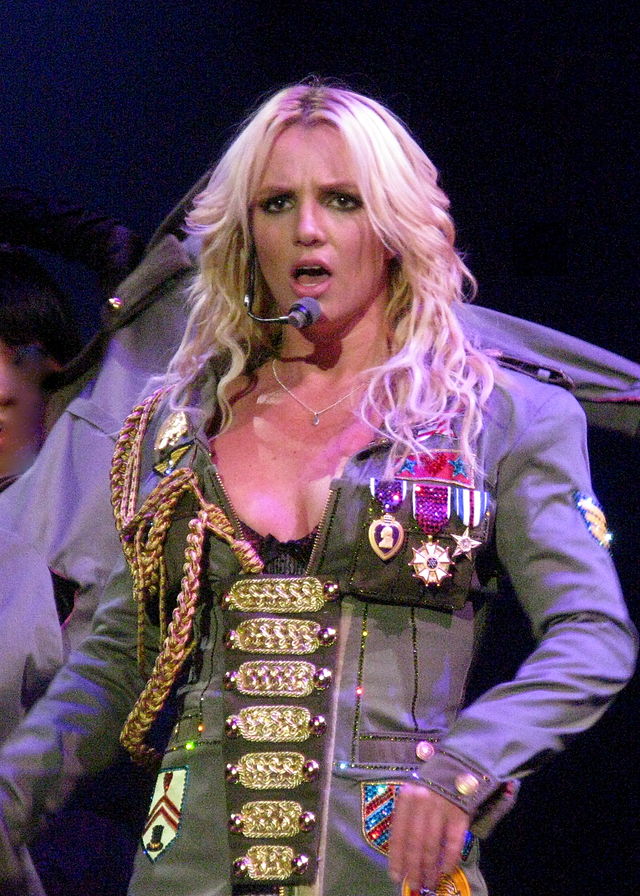 Or, maybe the train wreck that is the life of Britney Spears. Once at the top of her game from 1999 to 2003, but collapsed into a drug-frenzied tailspin before pulling her career out of the ash heap in 2011.

Why bring up the ever so lost Ms. Spears? Simple. One of her songs is so darned appropriate for today’s post.

Yes, that gem is titled “Oops, I did it again,” and you can bet I pulled another boneheaded move in the shop. But, as I have done in the past, I was able to pull this project from the ash heap and save it while making it look so good. 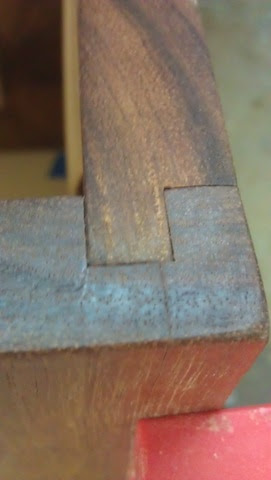 Here’s where the trouble started. I was attempting to cut a joint like this one, which I used on my niece Lauren’s hope chest. It made it easy for me to ship the chest to my brother-in-law Larry, who could glue the piece together at his house and bingo, bango, chimi-chong-chango, it would be there and looking its finest.

So, I set up my table saw to make the cuts. The grooves… they were a piece of cake. I measured the width of the side stiles, set a width for the groove and blammo, I whipped out all four cuts. Piece of cake.

Where I made my mistake was that instead of cutting away the material for the tongue of the board from the front of the stiles, I actually cut it from the back side. Which, as you may know, gives you a joint that looks suspiciously like this: 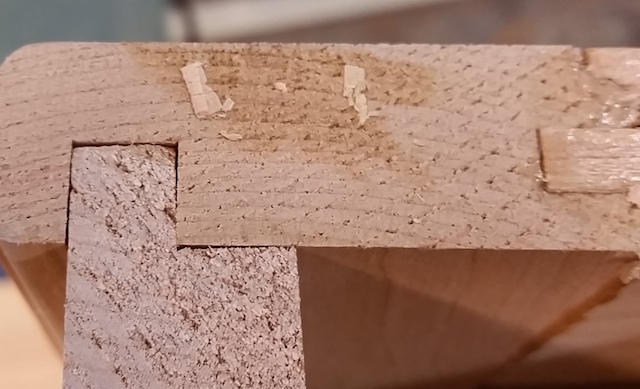 Yeah. crap. So, I’m thinking to myself that now I’m going to have to mill four new stiles to replace the ones I messed up, when an idea hit me…

Why not turn my mistake into a design enhancement? 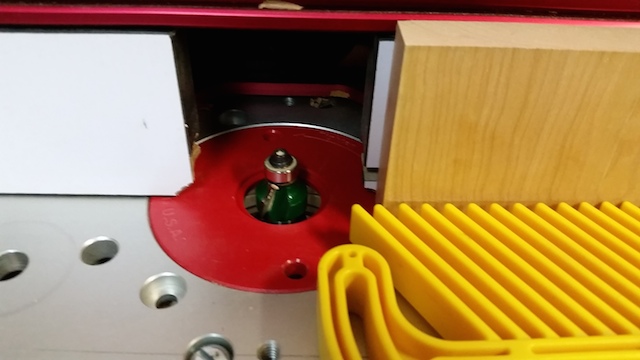 So, I turned to my router table. Put a small beading bit into the router and ran a bead on the front and the back of the piece. Now look at it… 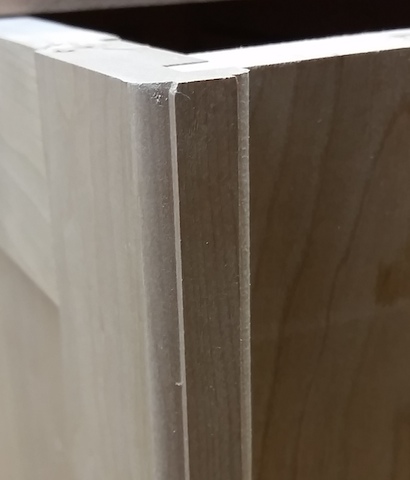 This now creates an interesting shadow line and a design feature which really makes the chest look unique, and not just a plain old box.

And, I didn’t have to bust the thing apart and start over. Talk about a tale of redemption!