Happy New Year, everyone!  I’m sure that some of us are sleeping off what happened last night, while others are already up at at ’em, seizing the first day of 2014.

Someone who was up early this morning is my friend, Little Norm. Every since his days hosting the Teeny Weenie New Yankee Workshop, Little Norm has taken a lot of abuse from folks who had him pegged as a power tool only woodworker. Well, Little Norm is ready to show he’s turned over a new leaf, and he has taken some time this New Years Day to build himself a cabin in the woods. 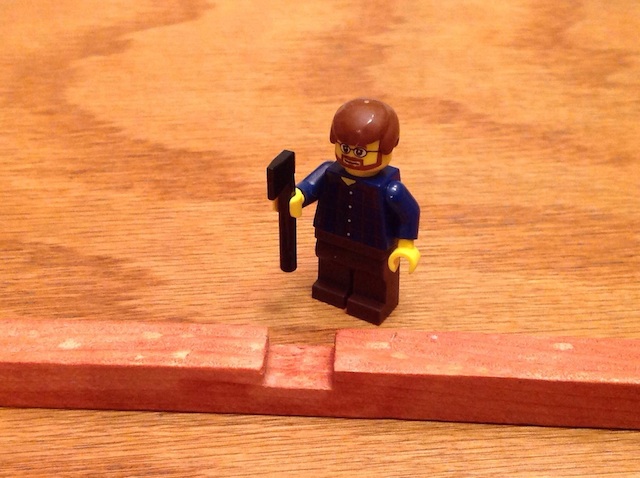 First, Little Norm broke out his shiny new axe to start notching timbers to make sure they fit. “Measure twice and cut once,” says Little Norm. 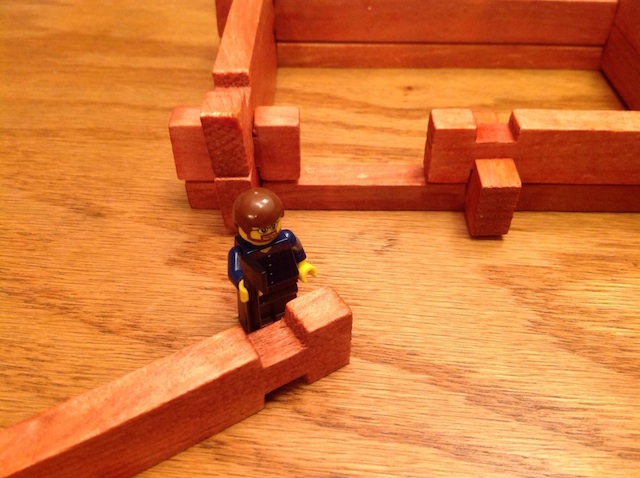 As the work progressed, Little Norm was ensuring that all of his timbers were notched properly. Remember, Little Norm, wear those safety glasses! 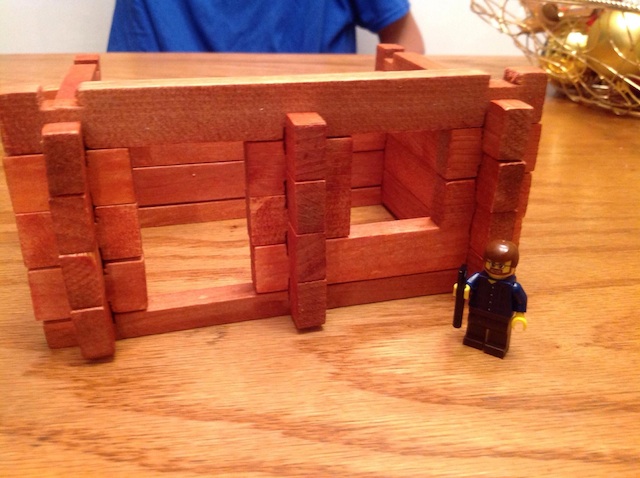 After a few hours of hard work, Little Norm stopped to get a cup of coffee, eat some black eyed peas and collard greens (he is in Florida) and show his progress. “We’re gaining on it!” Little Norm exclaimed. 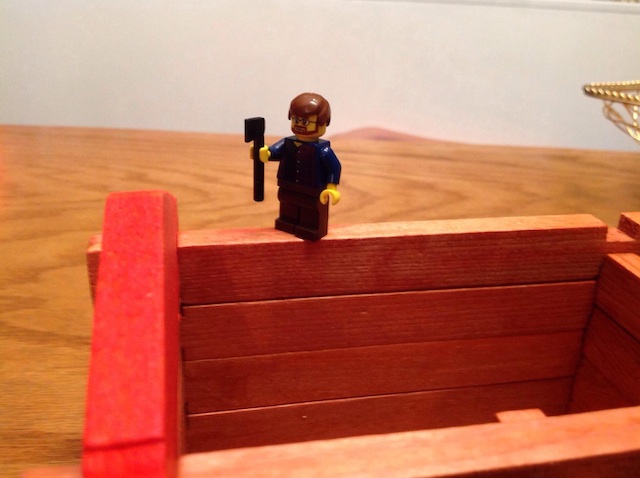 Once the walls were up, Little Norm used the back of his axe as a persuader to help knock the gable ends into place. “Yeah, the building inspectors here in Florida don’t like gable ends, but since this is a weekend fishing cabin, I don’t see it being an issue.” 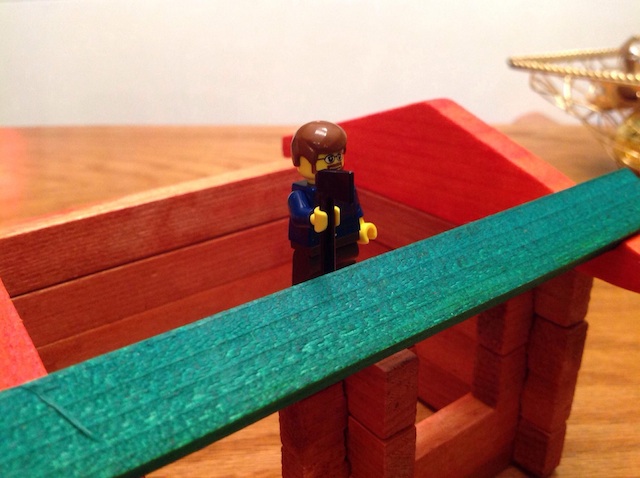 With the gable ends up, Little Norm turned his attention to the roof planking.  Yes, the wood is a little green when riven from the cypress logs, but since the humidity in these parts never drops too low, Little Norm doesn’t seem to upset. 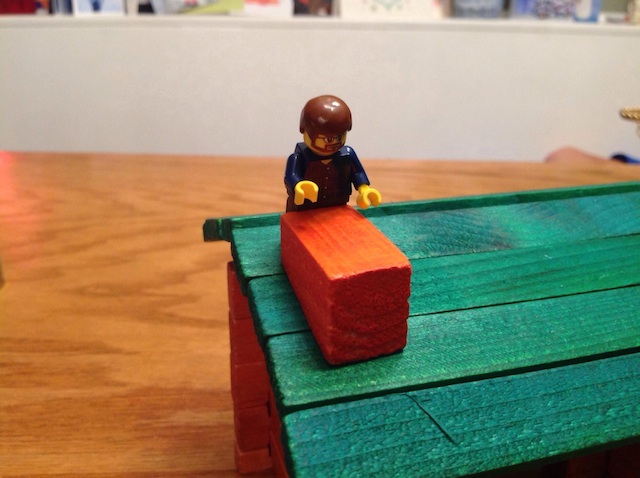 Yes, it’s Florida, but Little Norm insisted on a fireplace in his cabin. This way, he had someplace to kick up his feet on a chilly night, make some S’Mores, and maybe smoke a little venison sausage… 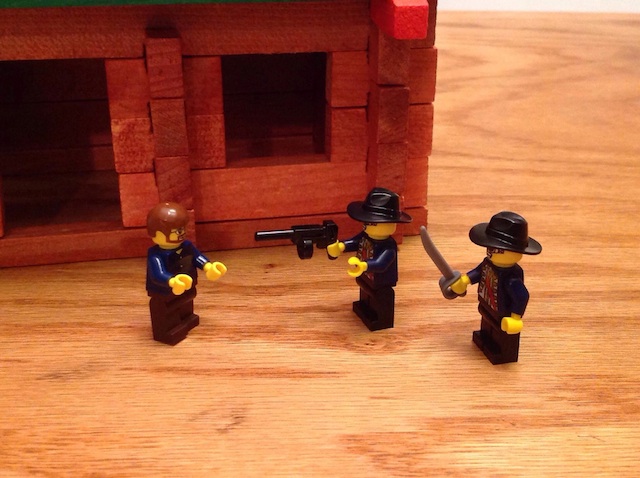 Uh oh. It’s Little Norm’s agents, and they don’t look to happy to see that Little Norm has gotten away form his power-tool reputation from the Teeny Weenie New Yankee Workshop.  Looks like Little Norm may want to start renegotiate his deal with the show after this!

Everyone, have a very Happy New Year, and let’s make 2014 a great one for woodworking!