Of course today’s post is late. I got back from the big Woodworking in America weekend about 1:30 a.m. my time due to travel, baggage claim, getting the car out of the parking garage and a big time pre-law-enforcement-issue OJ Simpson Hertz-style gate change at my layover in Atlanta… 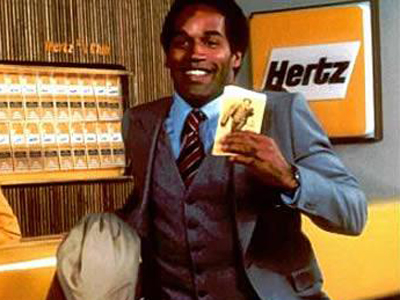 But, enough of that. Once I got to Covington, we had our traditional meet-up at the Keystone Grill, and everyone was geared up to close down a few bars. But me, no, I had other important plans. I was going to run audio/visual for Roy Underhill’s first class on Friday morning. At least that was what I was told I would be doing…

As it turns out, when you work for Roy Underhill as an A/V guy, well, let’s just say you need to be ready for just about anything. So, after a late night – made later by a totally unexpected 1:30 a.m. fire alarm in the hotel which forced everyone to evacuate – I showed up to the room bright and early to get a start on the festivities of the day. 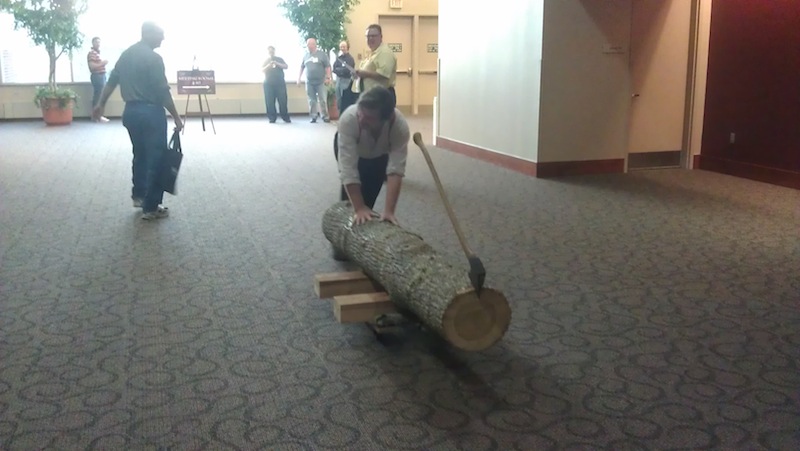 Fortunately, so did Roy. Ever the showman, he decided that he needed to get the attention of the event goers to get them to come to his class. Since it was a presentation on how a rough log is converted to a usable beam, Roy knew that wheeling the log down the convention center hallway – felling axe lodged in the front – would be a great way to get folks to come. And, it sure did. 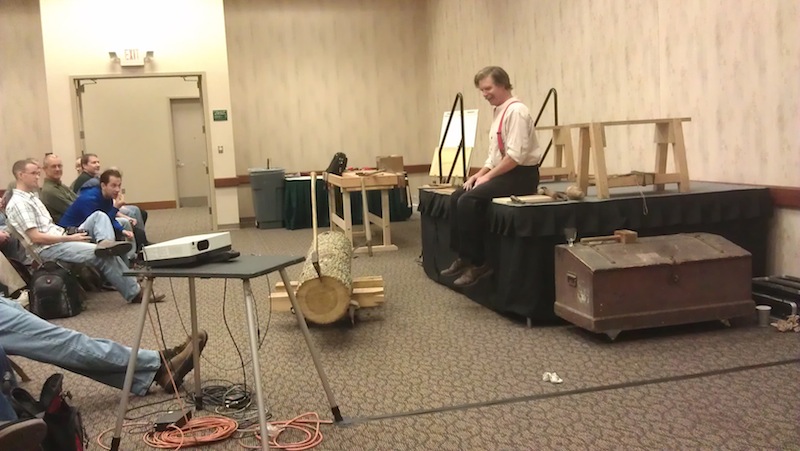 With folks assembled, he took a few minutes to describe the importance of the process of preparing the lumber for processing, and led an interesting discussion about why German and Scandinavian immigrants built log cabins when they came to the colonies, but British immigrants squared up the timbers. It was a great history lesson.

Enough of that… it was time then to get busy. And, did things ever get busy! Roy (with his able bodied assistants) managed to get the log up on top of the supports on top of the sawhorses on top of the riser.  Trusty axe in hand –  balanced precariously atop the entire stack much like an Apollo Command Module atop a Saturn V rocket – Roy swung mightily to begin the work. 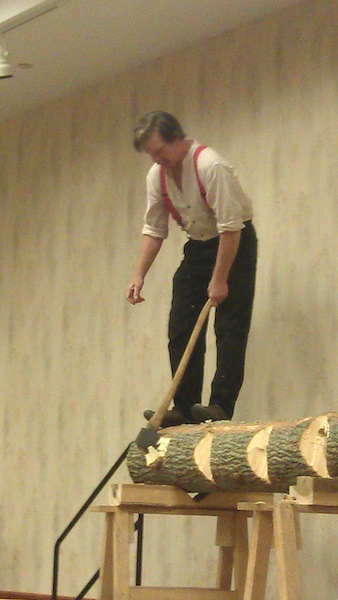 Throughout the entire time, he had this uncanny ability to keep his sense of humor rolling while he did the tough work of chopping notches as deep as a marked line, and then splitting these large slabs off the sides to get the beam to rough dimension.  The chips flew everywhere… as deep as four or five rows into the audience. 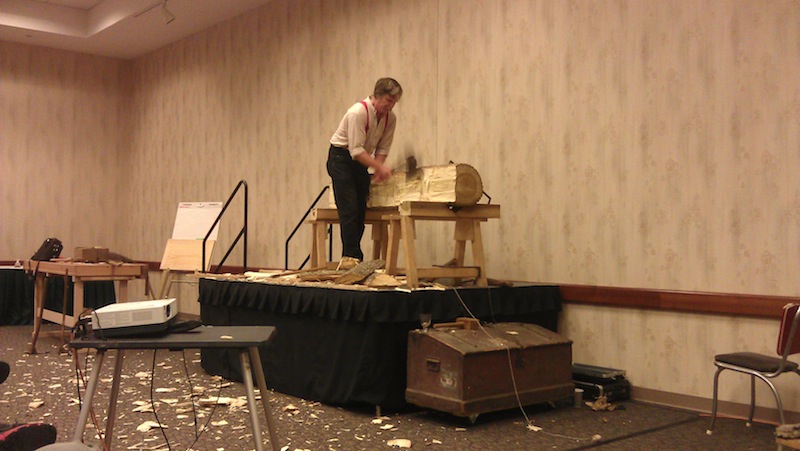 Continuing along, he moved to the broad axe to refine the surface, and then the adze to make the piece true enough to be used as a beam for a home, or to be hauled over to the saw pit to be turned into boards. 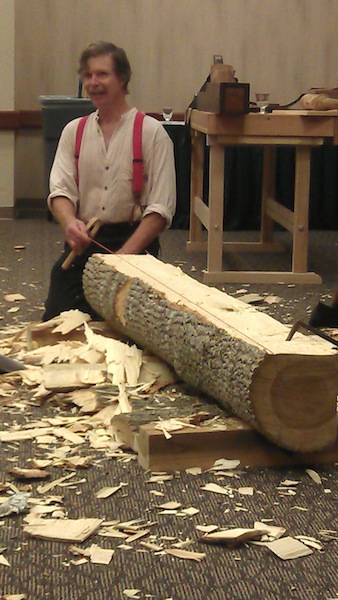 First side done, Roy (and his able-bodied assistants) were able to get the log down to the floor of the ballroom to begin working on the next two sides, giving audience members with the bravery and inclination a few whacks with the axes and adze. While I’m pretty sure I will never need to use this skill, it was fascinating to watch it happen in front of me, and everyone who attended the first class couldn’t stop talking about just how awesome the presentation was. 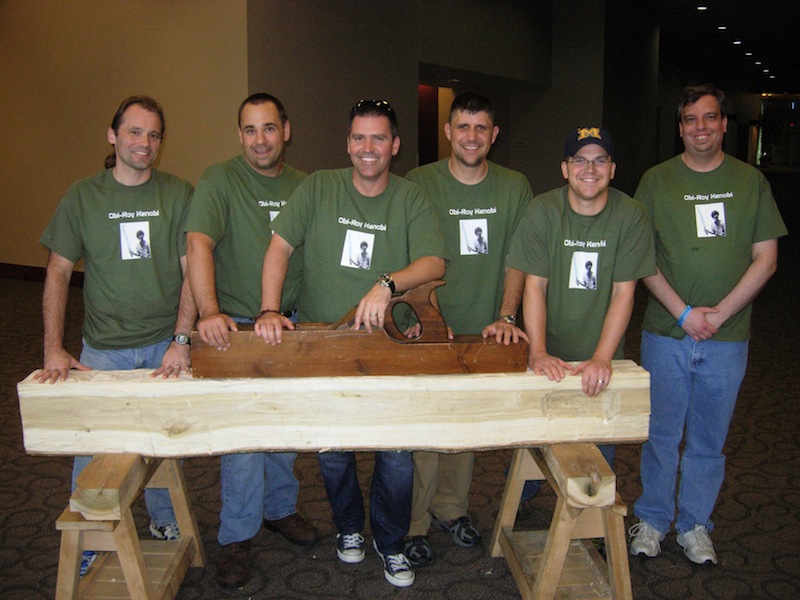 And, as for that beam, well that became sort of a touchstone for the entire weekend. Parked in the hallway, groups of attendees were able to pose next to this piece of work.

The only other challenge? Being part of the A/V Navy, I offered my assistance in helping to clean up from the effort. You have no idea just how many chips can be found in a log that size, and just how tough it can be to clean those out of a ballroom carpet…

That was just one example of why an event like this, bringing in experts, vendors and participants throughout the country is such a worthwhile endeavor, and why I’ll be looking to come back to this one and seeking out other opportunities.

5 thoughts on “What made it worth the trip”