For nearly 20 years, I would race to the TV on Saturday afternoons, turn on the local PBS station, and watch Norm Abram do his stuff on the New Yankee Workshop. Now that was a heck of a woodworking show. There were all sorts of projects being built in a very-well appointed shop, and Norm’s voice was just so smooth. 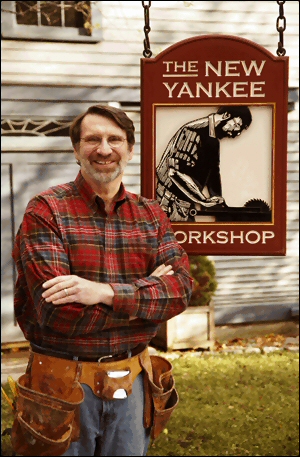 The one thing that puzzled me about Norm was that he wore a big old honkin’ tool belt while he worked in the shop. The belt held all kinds of useful stuff – his tape measure, a combination square, a pencil and some other handy tools. But, the tool belt is more of the mark of the carpenter, working away from a bench and tool storage and needing those tools at hand, instead of – say – coming down from the roof to grab them.

Today, let us know what you think about tool belts for woodworkers in their shops.  Do you use one, or are they just overkill for a woodworker?