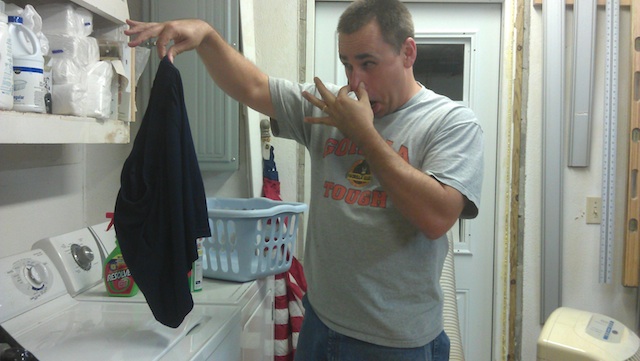 Another useful tool in the shop is a solid pair of scissors. There are so many times they come in handy. Trimming some veneer. Cutting strips of tough double-sided tape for sticking on jigs. Opening packages. Name a task, and they are up to the challenge. 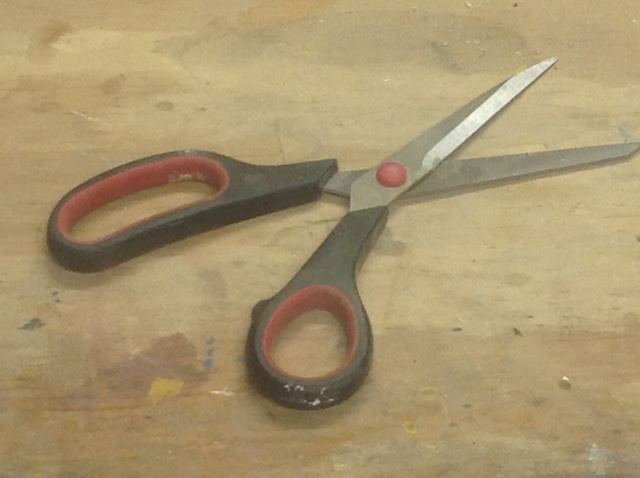 But, for them to work well, they need to be taken care of. After cutting enough tape – and collecting all of that nasty adhesive on the blades – and being dropped from the bench a few times, well my trusty pair needed a little TLC. 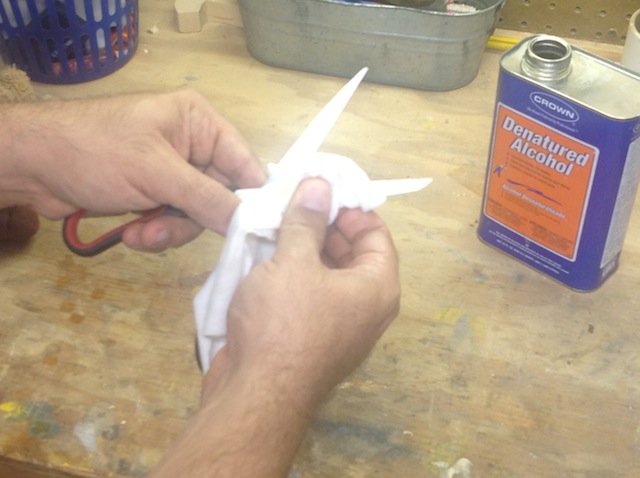 First things first, I had to wipe all of the accumulated gunk off the blades. This was a pretty simple task to tackle with some denatured alcohol and a rag. After a few minutes of wiping, the scissors blades were looking pretty darned sweet, if not still beat up. 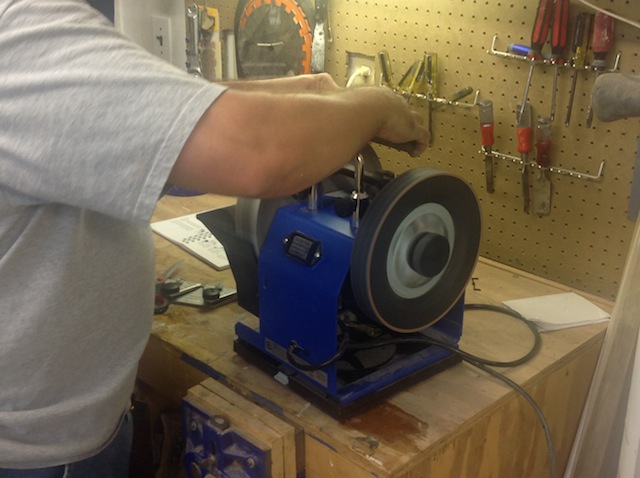 What was next was to give the blades a quick sharpening. Fortunately, my Tormek machine has a scissors jig, making sharpening these babies a piece of cake. First things first, I had to fill the stone reservoir with water, and use the rough side of the stone grading tool to put the 200 grit surface on the stone. This also stripped out any remaining metal filings from the last time I sharpened, getting a nice, fresh face to work with. It took all of 30 seconds to tackle this. 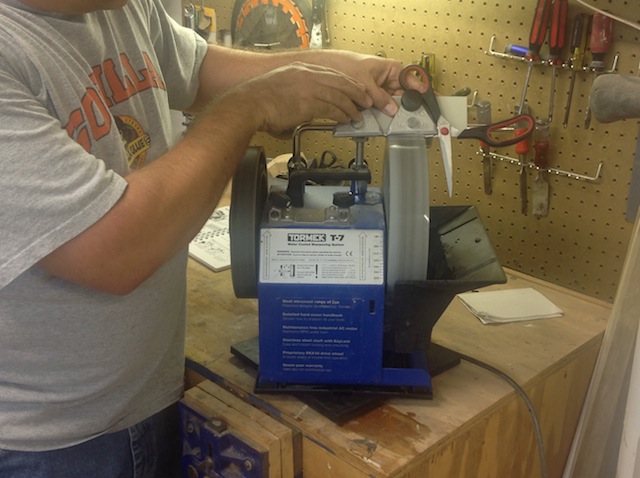 The jig itself is a two-part affair, with a clamp guide that grabs the individual blades of the scissors to hold them in place, and a backer plate that allows the clamping guide to slide back and forth. I clamped the first leg of the scissors into place, then guided it across the stone. The action was smooth, but the very high angle of the scissors created a squealing sound. Apparently, this is normal when sharpening at such a high angle.

I flipped the legs of the scissors and sharpened the other side. Once this was done, I used the fine side of the grading stone to bring the wheel to the 1000 grit feel, and sharpened both legs again. The blade looked nice and shiny. Now for a test. 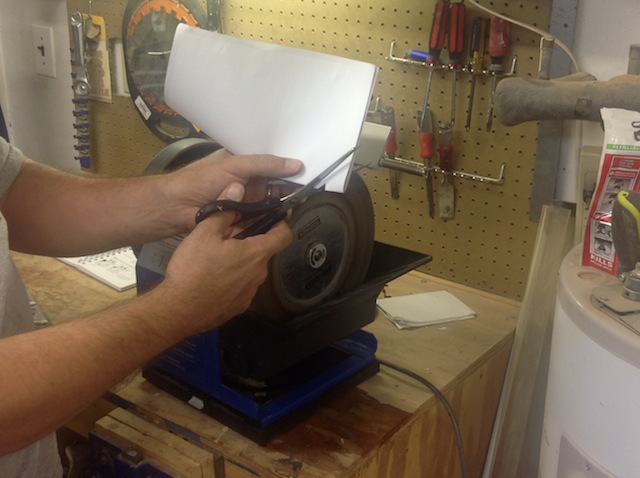 Sure, it’s not as easy to test the sharpness of a pair of scissors as opposed to a chisel or plane iron, but the test snips I made in paper were very crisp, gliding through with minimal pressure. They cut as well as the day I took them out of the package.

Now, I may need to use them to open the next package of laundry detergent so I can get those gym shorts back in to fighting shape…

One thought on “A sharp pair”