Centuries ago, nails were a very important – and expensive – method to join boards for projects. So valuable, in fact, that old homes were routinely burned down so the old nails could be recovered and used in a new structure.  Why? Because each one had to be forged by hand by a blacksmith. 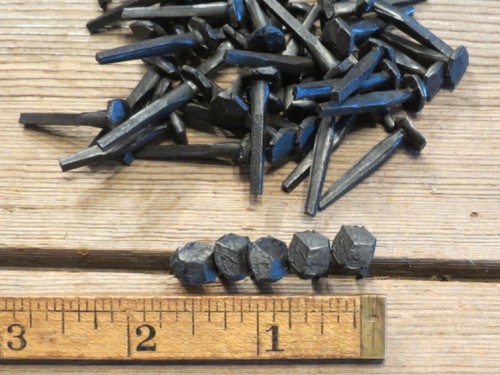 Today, nails are cranked out by the millions in factories and sold for dirt cheap. But, those new nails don’t have the charm or period appearance of those classic ones. If you are looking for those kinds of nails, there is a company that can help you with period authentic models.  Tremont nails has been making nails in the traditional method using period nail making machines more than 130 years old.

They have a wide selection of rose head nails, cut nails and other period types that can lend a flair of authenticity to your next project.

2 thoughts on “Link of the week”