The band saw is a very versatile tool. It is also one of the safer power tools in the shop. With the blade cutting in only one direction, there is little chance of a kickback on the saw (unless you are trying to cut something that doesn’t sit firmly against the table.. then you can see some wild action…). And,with my sons both showing some interest in the craft, it was my duty to show him the safe way to work with it. 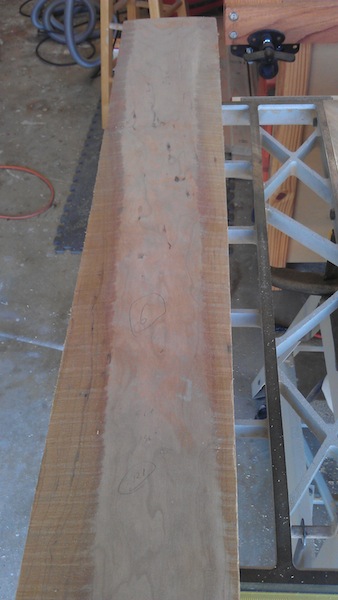 I figured the best way for him to learn was to take a piece of scrap for practice. This piece of cherry was mostly sapwood and had some serious wane on it, so I figured it would be a good thing to work with.

As you know, the first and most important safety rule is to wear safety glasses and ear protection. Dom wore my setup, while I put on a backup pair of glasses on. One day, I will need to buy that boy a set up of his own. We also tensioned the blade, plugged in the saw and lowered the blade guard into place to ensure that just the minimal amount of blade would be exposed. This also put the guards closer to the top of the board, giving better control on the cut. I also explained that the Laguna has a very powerful motor, and that all he needed to do was guide the wood while the saw did the work. 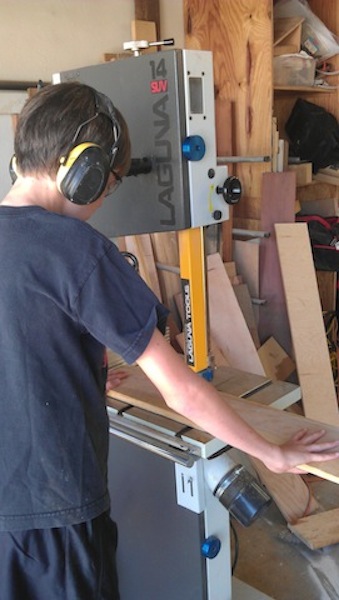 Dominic started first by making a crosscut on the board. I explained carefully to him that he should keep good control over the board while keeping his hands away from the blade. It took the young fella a little bit of time to get the hang of things, but soon, he was doing a great job with crosscuts. He soon learned, of course, that no, you can’t get any wider of a cut than the distance from the blade to the saw’s column. That’s just part of the fun of working with a band saw! 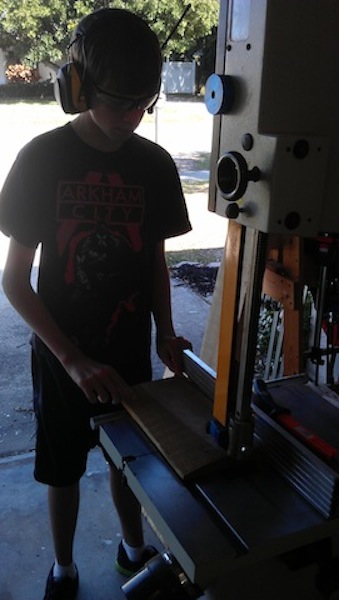 We also pulled over the rip fence, and Dom was able to get some experience making some rip cuts. I showed him how to get the cut started, how to set the fence and how to push the wood through. I stressed that no – he shouldn’t be reaching anywhere near the blade to finish pushing the wood. Instead, he should rely on a push stick to help guide the pieces through. His first lesson was a success, and I think he likes the saw.

But, what did we do with the scraps? I mean, cherry is a SWEET wood to work with. And, that’s one of its major strengths, especially when it comes to the culinary arts! Dom and I were in charge of making roast lamb for the holiday dinner yesterday, and we had a crazy idea as to how to get some more flavor on the roast. 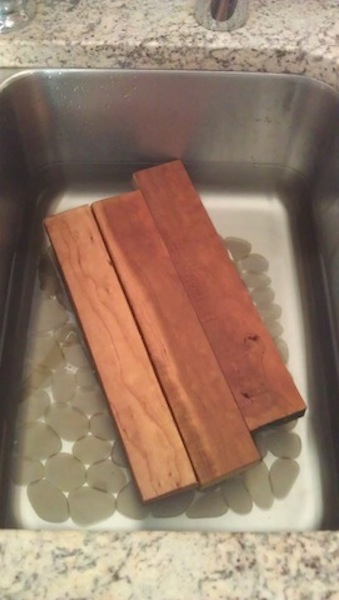 We took his perfectly formed strips and the prepared leg of lamb down to my mom’s place, where we soaked the strips in water. This was going to help prevent the kiln dried wood from burning too quickly. Instead, it would smoulder over the hot burner, creating.. yes… smoke! 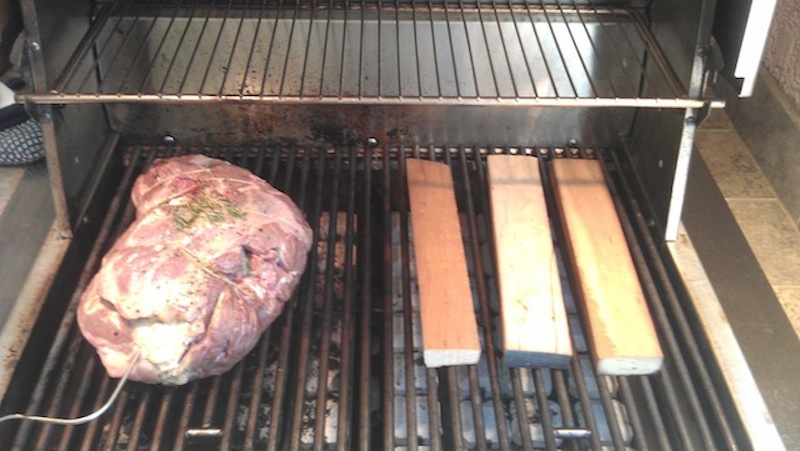 On the grill, I set the properly seasoned leg of lamb on the side of the grill with the burner off. On top of the grill on the other side with the burner on medium-high, I arranged the soaked cherry strips. I put the probe thermometer into the roast and closed the lid. This turned the grill into a slow-cooking oven/smoker type of affair. After two hours of gentle cooking in the fragrant cherry smoke, the roast came out done to perfection with a beautiful smoke ring from the cherry. 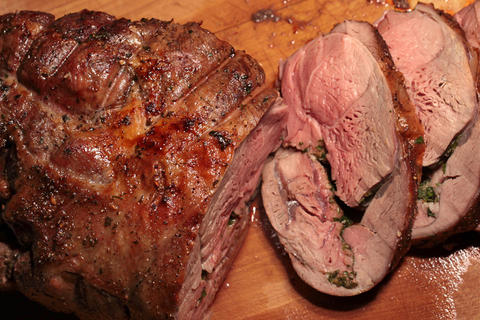 Hey, if you have to use up your scraps, there are worse ways to do so!