Back when I was in college, we used to have really heady discussions.  Did Shakespeare’s older plays capture his voice better than his later works? Did Chaucer’s Canterbury Tales really create modern English literature?  What bar had the cheapest beer?

One discussion I recall having with a professor happened during a class about modern English literature… We were studying Orwell, and the professor told us that our literary history was made more poor by –  of all things – the devastation brought by World War I. “Think of the authors who wrote during and after the war. Tolkien. Orwell. Fitzgerald. Faulkner.   They wrote many of the classics we read and cherish to this very day. Now, how many other gifted authors died during these battles- the voices we have never heard from? What did they have to tell us?”

It was an interesting point. How many people never had the chance to write for us because of their ultimate  sacrifice?

I recently recalled this discussion while interviewing Megan Fitzpatrick, the new Editor of Popular Woodworking, during a recent podcast of the Modern Woodworkers Association.  She casually mentioned that she believes she is one of the first women to hold such a position in the woodworking community. While she wasn’t making a big deal about it, it did spark a follow up line of conversation. 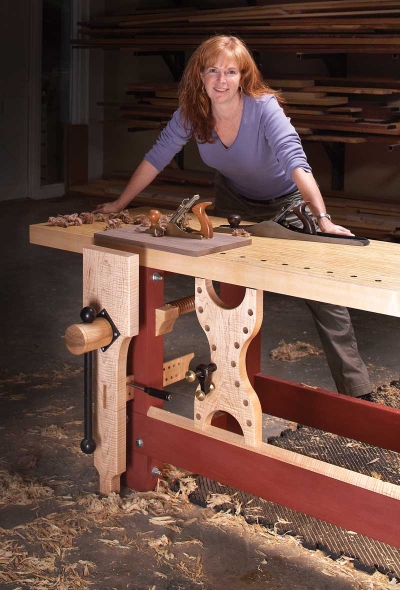 When I was back in middle school up in Bloomingdale, New Jersey, we had both shop class and home economics. We were probably one of the last groups of kids to go through these vocational classes. We shifted between the two classes: one for the fall semester, and one for the spring semester. While in home ec, it was not so subtly expressed to me that I should relax, because soon I would be in the ‘guy’ class at the woodshop. And, once spring rolled around, the shop teacher had to explain to more than a few upset girls that no, they didn’t have to do too much in shop class, because he understood women were more of a natural fit for home ec. 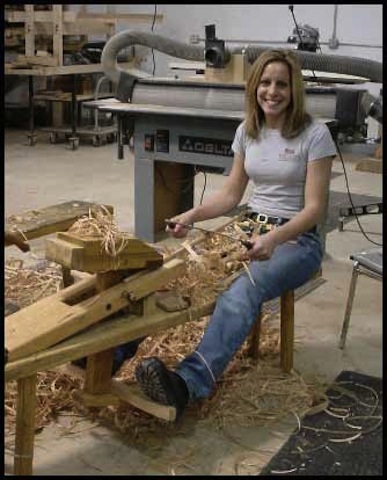 I can vividly remember building Pinewood Derby cars as a Cub Scout, but I haven’t heard of a parallel event for Brownies.  That event was a fun introduction to the craft and helped me get interested.

Today, when I walk into a woodworking store, the vast majority of customers are men, with just a smattering of women. And, many of them are there with their husbands/boyfriends/fathers while they shop. 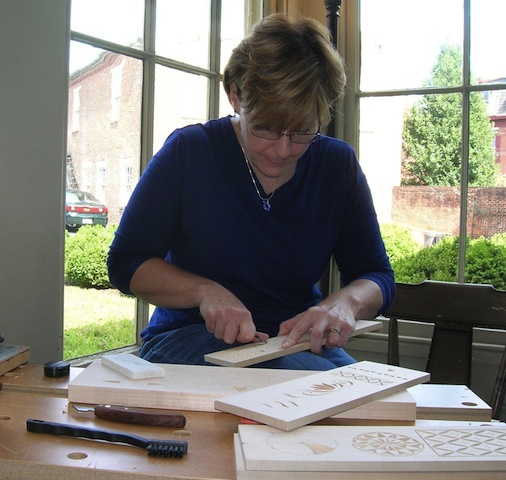 That’s an interesting observation, especially given the fact that in the 2010 U.S. Census, females made up 50.8% of the population.

This got me wondering… how many women with the aptitude, skill and desire are not woodworking because it has been portrayed as a ‘male’ pastime?

Now, the purpose of this post isn’t to advocate that there be one female woodworker for each male woodworker. Nor is it to lobby for ‘equality in the shop’.  There are no legal or moral barriers that prevent women from getting into a workshop.  All that is required is the desire and the commitment to learn. 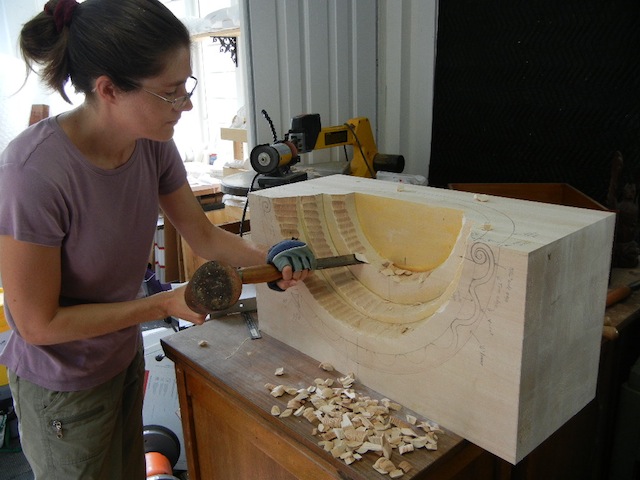 But, I do have to wonder: How many women have the itch to try their hand at woodworking, but feel it’s not appropriate for them to get into it? When I look at the work being turned out by people such as Mary May,  Kari Hultman and Gail O’Rourke,  I want to see more.  I can only imagine the ideas, the skill, the vision that more woodworkers can bring to the craft, but it’s locked away due to a negative external influence or self imposed internal barriers to participation. 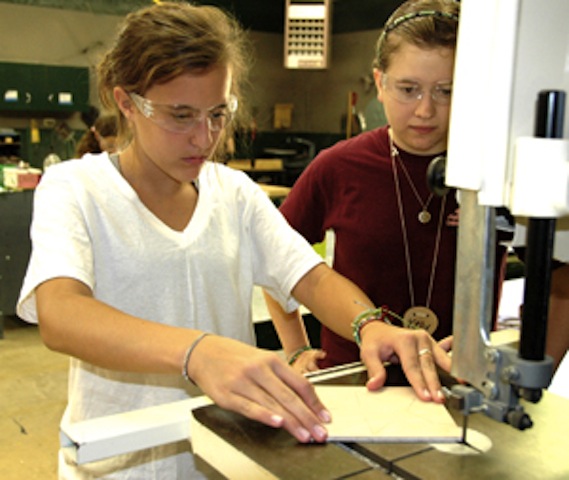 That’s why I’m thinking that this Get Woodworking Week is an excellent time to introduce a girl or woman in your life to the craft. Who knows? Just as my wife Rhonda took an interest in the project this past summer, you might find an eager student who will become so excited about the possibilities offered by woodworking, she will add her voice to the body of work we enjoy so tremendously.

And, there are even more articles for Get Woodworking Week. Check them out here:

By the way, Wood Magazine is also making a series of plans available for free during Get Woodworking Week.  Here’s what’s out so far:

7 thoughts on “Get Woodworking Week 2013: Wednesday”