As an English major back in college, one of the things I had to do – a lot – was read literature.  Lots of it. I mean, tons.

Chaucer. Twain. Shelley. Shakespeare. Oh, and this one guy named Tobias Smollet who wrote a novel named Humphry Clinker, which, I believe, is the most painful of all novels ever written. In fact, I swore an oath during that one semester that when time travel is invented, I would go back to the time when he wrote the novel and burn his entire pen and paper collection and encourage him to take up botany… It was horrendous.

But, I digress.  Since many of these works were written by folks influenced by the classic Greek stories, I had to read more than my share of ancient Greek gems. One of the ones I had to read was the Odyssey, written by Homer (no, not Simpson!).  Our brave hero Odysseus and his merry band of cohorts get into all types of adventures in a world filled with all manner of magical creatures and beings. 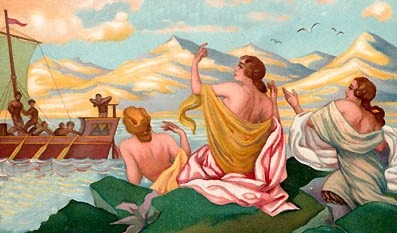 The crew while out on the high seas ran into a group of beings known as Sirens, who appeared as beautiful young ladies with sweet singing voices. But, their beautiful outside covered an evil intention – their irresistible singing would attract sailors close to land, where they would shipwreck and drown. Hmmm… sounds like some of the women I used to date before I met Rhonda…

Why the mythology lesson? Beginning woodworkers have a similar battle to fight with another kind of Siren… the ‘starter’ tool. Now, I’m not advocating you hold out until you can afford a top-of-the-line, uber expensive tool. But, in the same way, you don’t really want to follow the melody being sung by tools that are way too small, underpowered or cheaply made to work well for you.

Let me give you both a power and a hand tool example to illustrate.  When I started woodworking, my only saw was a jigsaw. And, it was good. But, I could never get a good, straight, smooth cut with it. Plus, it took forever to make the cut on long boards, and I was going through jigsaw blades like nobody’s business. That’s when I upgraded to a circular saw. Nice move. It cut fast and smooth, but, after a while, I realized that it couldn’t do everything I wanted it to.  That’s when I followed the song right into the rocks. 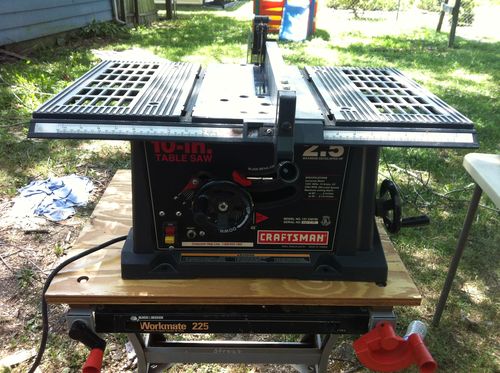 I bought a $149 bench saw from Delta at a local home improvement center. And, I was tickled with it. It cut quickly and smoothly, and it seemed to tick all the boxes for me. That was, of course, until I had to rip something thicker. Or crosscut something that wildly overhung the edges of the puny table. Or, I had to rely on the wonky rip fence to be accurate and square. Then, it stank…

Eventually, I had to bail on that saw, and I bought the one I use now. The Ridgid saw I bought back in 2003 was the latest version of the line carried at Home Depot, and it has been a solid performer for me since day one. Accurate, repeatable cuts. Power to spare for most cutting applications. Can handle a stacked dado blade.   And, best of all, no frustration and lost hours trying to get everything to line up.  Just what I was looking for! 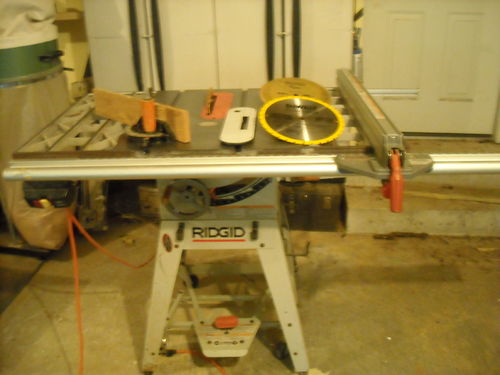 At the time, it ran me $500, which is a considerable amount of money to spend on a tool. However, right next to the 3612 I bought was the recently discontinued 2424.  For $300. Just twice the cost of the el-cheapo I was dumping. Had I held my funds for another few months when I bought the cheap saw, I could have started with a big cast iron contractor saw with excellent performance, a shorter learning curve and a lifetime warranty from the get go.   I probably would have still owned that baby today.

The same thing happened with my first hand plane. Jack planes sold at most home improvement centers aren’t worth diddly. Poorly cast and ground soles. Inadequate steel used in the iron. Clunky adjustment mechanism.  I can’t tell you how many hours I wasted trying to get that plane to work properly… to produce a shimmering curl. Instead, I got chatter, splinters and the thought that I was the problem and that hand planing wasn’t for me. 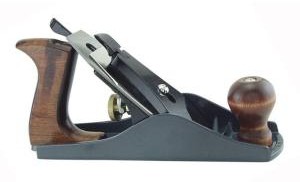 It wasn’t until my friend came back from a flea market and handed me an old, dirty Stanley No. 5 made in the 1930s. He spent a grand total of $10 on it, and told me to knock myself out. After reading up on plane restoration online, I spent a few hours cleaning and waxing up the plane.  I ordered a replacement iron for the old workhorse and sharpened it carefully. I clamped a chunk of wood in my vise, and was planing like nobody’s business right out of the gate.  Was it perfect?  Nope, but it did show me that hand planing wasn’t outside of my abilities.

So, what’s the lesson here?  Yes, woodworking can be an expensive hobby to jump in to. And, yes, it may be tempting to think that it’s OK to just hop in on a ‘starter’ tool to get your feet wet. But, in the end, you will be happier with full-sized tools looking for bargains on discontinued or refurbished items. Maybe in your future lies a well-loved used tool.  Maybe you can let the loved ones in your life know that you would appreciate contributions toward a (fill in the blank) for your birthday/holidays/anniversary/graduation/festivus.

In the meantime, here’s a collection of some really cool articles written by others for Get Woodworking Week: