It’s that time of the year again!  This past Monday was the deadline to turn in projects for Pinellas County’s art contest, and I was not about to be denied the opportunity to be in it again. I mean, there’s always a chance I may finish in the top ranks… right….

As you can remember, I was building a bandsawn box which featured edge grain plywood as a design element. The idea came from David Picciuto – a.k.a. the Drunken Woodworker – and boy, are his  designs real show stoppers. Building the box took a little longer than I expected (I had a few work commitments to tend to, and I am now coaching my youngest son’s basketball team), but I think the results were something pretty darned spectacular. 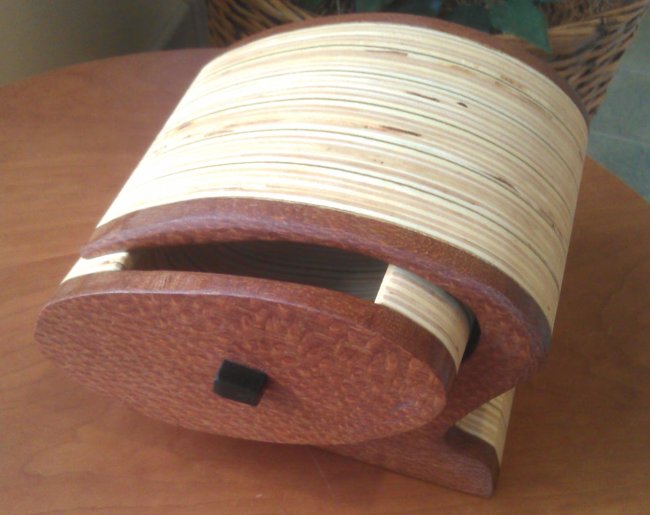 As you can see, the edge grain of the stacked plywood box really provides an interesting effect. Sure, this stuff was cabinet grade ply, and it looked nice, but there were a few issues (voids, knots, discolorations) on the inside plies. At first, I was kind of put off by it, but the more I looked, the more it grew on me. The front  and back are that really sweet leopardwood that my friends at Bell Forest Products sent to me, and the pull is a tiny scrap of ebony I have been hoarding for about nine years.  This looked like the project for it! 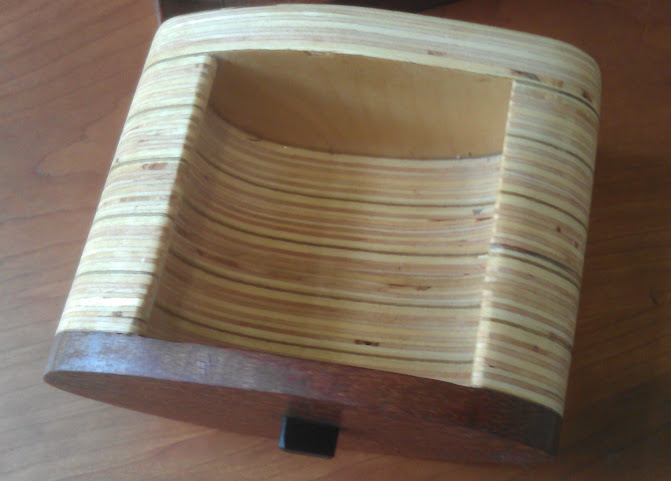 The drawer turned out really nice. The inside curve that forms the drawer ‘pocket’ had some pretty bad burning on it from me being a bonehead and trying to make too tight of a turn, but that quickly sanded out on my spindle sander, leaving a really cool drawer inside to work with.

Each year, the best part of the contest is the feeling I get when I walk across the street to where the art is being collected for the display. The folks working the event always look forward to what I bring over. In years past, I have even had offers to buy the piece outright when I walked through the door. This year, there were more than a few “oooooh!s) when I walked in with the piece. Everyone had to take a turn pulling out the drawer and asking how one goes about building such an intricate box. 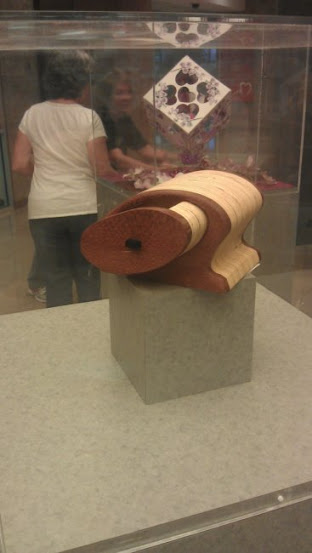 This year, the box impressed the staff so much, they placed it  in its own display case and positioned it right out in front of the other pieces, just as soon as you walk into the courthouse lobby. That’s pretty sweet!

Now, I just have to wait for the judges to come in and vote. Shortly after that, we will know the results.