Growing up in our modest two-story house in Bloomingdale, New Jersey, there were some places where we weren’t always welcome in the house. After all, my two brothers and I were pretty rambunctious kids, and the formal dining and living room weren’t places that my mom and dad wanted to replace furniture or broken china. These rooms were extra special places where my parents would entertain special guests on important holidays. Easter. Thanksgiving, Christmas Day.

Normally, those important guests and my parents would enjoy a few cocktails seated on the antique furniture, then retire to the dining room to enjoy the sumptuous food. The kids? We ate in the kitchen because, more than likely, we were going to end up with puddles of gravy or bits of food all over the floor.

But, there was this one day of the year when the rules were off. Christmas Eve. That day was so different from the other 364 days of the year. Typically, Christmas Eve would start off with my maternal grandparents coming to the house. They were going to spend the night there to enjoy the spectacle of three holiday-wired boys frantically unwrapping presents at 0-dark-thirty in the morning. But, that was hours off… the real fun was going to happen before then.

We would go to Christmas Eve mass at St. Mary’s church over in the neighboring town of Pompton Lakes. The church staff always decorated the altar beautifully, and we would fidget constantly, anxious to get home to the main event. Oh, we knew what was coming.. and we were looking forward to it like nobody’s business.

Once mass was over, we drove home where the magic truly began. We changed out of our fancy going-to-church duds and got into more comfortable clothes and assembled in the dining room. That’s when we began the traditional feast of the seven fishes.  From what I was told, the tradition comes from the Roman Catholic practice of observing a fast day before a major holiday. But, by fast, I don’t mean not eating… but abstaining from meat. Thus, the seafood-inspired menu.

My mom would start bringing out the food … and what food it was! Shrimp fra Diavolo. Clams casino. And, the star of the show – lobster tails. No, we weren’t a rich family, but on Christmas Eve, we celebrated. I can also remember my grandmother mixing up wine spritzers for me and my brothers – red wine and Sprite. We would eat like there was no tomorrow… And we enjoyed each other’s company gathered around that dining table in the room we weren’t normally allowed to be at. My grandfather would ask us where we thought Santa was. Dad would have to cut the meat out of mom’s lobster tail… she wasn’t one for cracking shells. 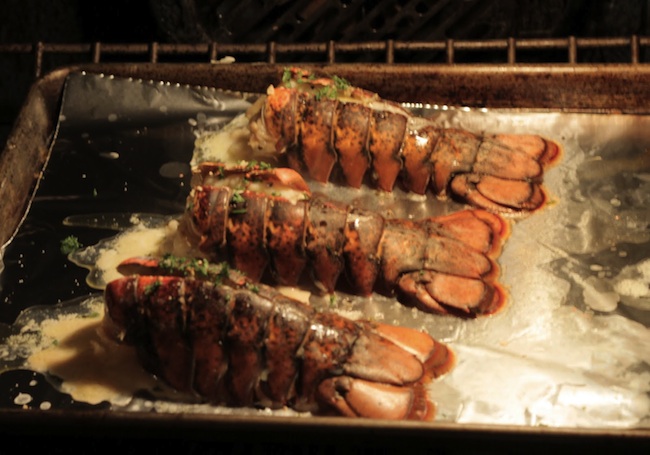 After the delicious meal, dessert would be served. We would eat such creations as Baked Alaska (browned meringue on top of frozen ice cream? How was that possible?) while the parents and grandparents would drink coffee and remind us that – if Santa was going to come visit our house – we had to be off to bed. But, before we retired for the night, we each got to open one present from a relative.. maybe from our grandparents. We raced off to bed, anxious for the morning to come. 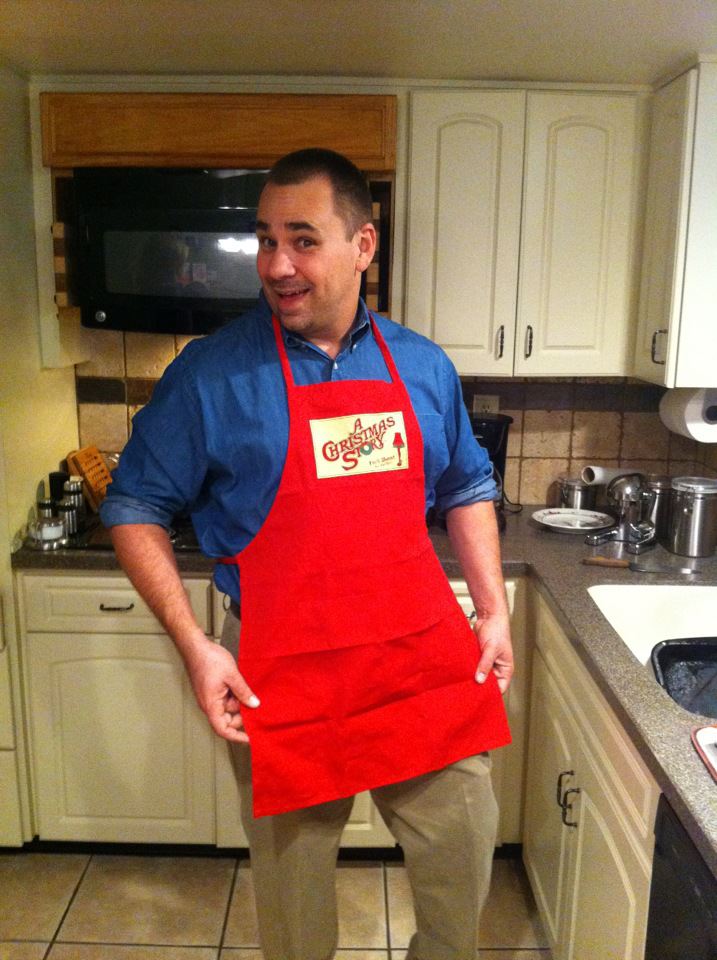 It’s been more than three decades since those memories were made, but I still look back fondly on each of them. Christmas was great, but Christmas Eve still holds a special, magical place in my memory. When December 24 comes around, I forget that I’m in my 40’s, and the child inside me is allowed to join me in that special place around my dining table in my house. Tonight, we’ll have oysters on the half-shell. Steamed clams and mussels. Cod with crabmeat stuffing. Shrimp fra Diavolo. And, with my family gathered around the dinner table, the magic will be back.

May each of you capture the magic of the holiday season and let the child in yourself into that special place in your life.