Do you know what these things are? 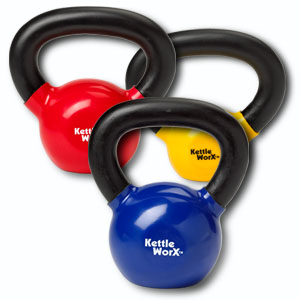 They are known as kettlebells. They look kinda like a cannon ball, and were invented in Russia back in the 1700s. They were used by drill instructors in the Czar’s imperial army as a strength-training device for the soldiers.

In the past decade or so, they have become popular in the United States as a personal training tool. Basically, you hold on to one while you do a prescribed series of moves, and the extra weight afforded by the kettle bell helps develop strength, improves coordination and – because you do the moves in very rapid succession – gives a great cardiovascular workout. 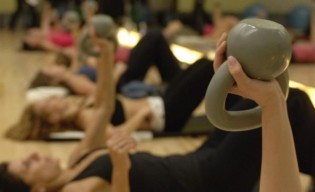 I call them implements of torture. This past weekend, Rhonda invited me to come out to an early Saturday morning kettle bell class at the local rec center.  “It’s a great workout,” she assured me. “You’ll love it.”

I should have known I was in trouble when the trainer handed me a 20 pound kettlebell, but everyone else in the class was holding ones half the weight.  Rhonda also commented that the instructor was pushing the participants much harder than he had done in previous classes. I can recall getting the tunnel vision thing three times during the class, and my legs were left a quivering mess after the session was over. That was until they stiffened up the next morning, leaving me looking like I had ridden a horse for too long.

Now, I’m wondering if I should go back this Saturday.

What does this have to do with woodworking? Plenty.  You see, when it comes to woodworking, there are always new skills to master. Veneering. Hand cutting mortise and tenon joints.  Sharpening. And, there are always those advanced projects we look to build – the sooner the better.  That Chippendale Highboy. That massive trestle table for our family dinners.   It’s great to want to get out there and do it all. 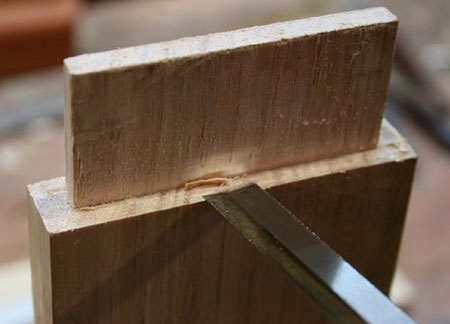 But, sometimes in our rush to master these tasks, we can bite off more than we can chew, and we end up frustrated – sometimes to the point where we swear off doing that task forever.

Just as with my kettlebell class, I should have recognized two things – I needed to be working with less weight, and I should have been a lot easier on myself.  In the same way, when trying a new task, think for a minute about what you are going to undertake. Maybe instead of thinking you will hand-cut the dovetails on a dozen drawers for a big chest of drawers, maybe you should be perfecting your techniques – cutting to a line, getting your chisels sharp, learning how to use a marking knife properly.  By easing into the task – and making sure you have all of the basics down cold – you will develop your skills faster than if you just throw yourself into the process headlong.

I know that this kettlebell thing isn’t going to be easy. And, while physically lifting my legs with my arms to swing them into my driver’s seat this week, the thought of giving up on these classes has crossed my mind several times. But, from what I have heard from others who have been where I am, the post-exercise pain will be considerably less after this week’s class, and soon, the major benefits of working out with these kettlebells are going to show. 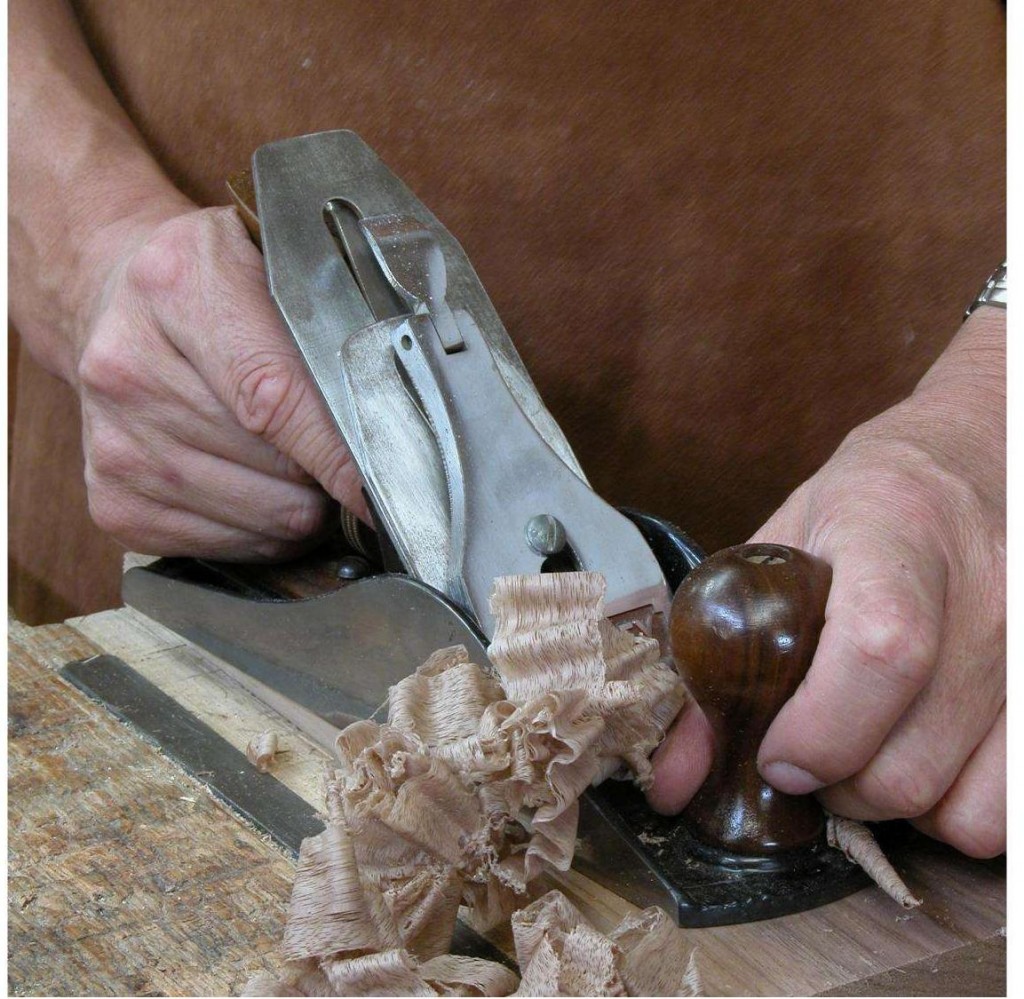 Understanding that you will have difficulties in mastering new woodworking skills is a part of learning the craft. Will you ‘waste’ wood?  Of course. Will that joint be gappy?  Could be. Will that finish give the wood the depth you want?  Perhaps. But, every success, every failure, every up and every down goes into your bank of woodworking experience. And, when you add that all together, eventually, you become a very talented woodworker with a strong knowledge of the craft.

And, unless you have an accident in the shop, it probably won’t hurt nearly as much as my legs do this week.