If you saw my link of the week this past Friday, you may have noticed that I am starting to express an interest in carving.

It’s not the first time the thought has crossed my mind. In fact, I have a few tools I bought but never actually used. This mill knife set is the prime offender.  I got interested in it when I saw Norm Abram carve a set of wooden signs on one of his shows. Using just a mill knife, he was able to carve the Serenity sign. Since the knife set didn’t cost too much, I figured, “what the heck?” and ordered it. 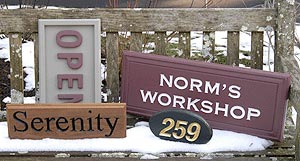 When it came in the mail, I took the knife out of its package and tried to carve a basic shape into an old scrap of 2 x 4.    It didn’t work. That’s when I discovered that no matter what kind of carving you would like to do, there’s one thing that you must have – sharp tools! I grabbed the mill knife set, tucked it into my tool chest and swore I would take it out again when I was ready to work with it again. 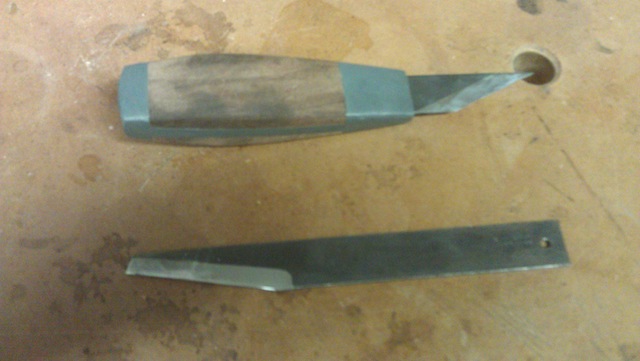 That’s it… time to move. The first thing, of course, is trying to get things nice and sharp. This was a natural for breaking out the Tormek and putting it up on the grinding wheel. The tool itself is rough and tumble, and it has a very tough blade with some coarse grinding marks, so they had to go first on the coarse setting. Once I got the angle down, I did the rough sharpening, then regraded the stone to the fine setting. This put a nice polish on the blade and made it sharp. 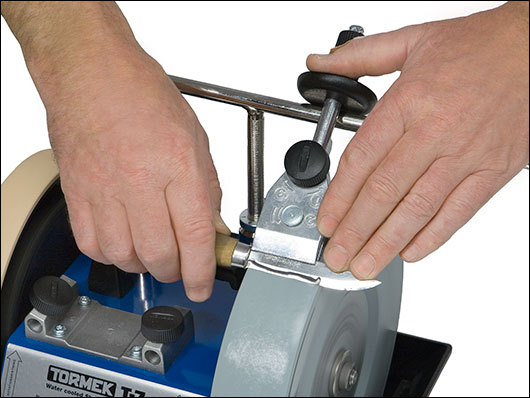 But, that’s not where I stopped. I need these suckers to be sharp enough to slice wood with minimal effort. If I have to force the knife, there’s a great chance I’m going to tear the wood fibers.  That’s why I charged the leather strop with some honing compound and ran the blade over that on both sides. 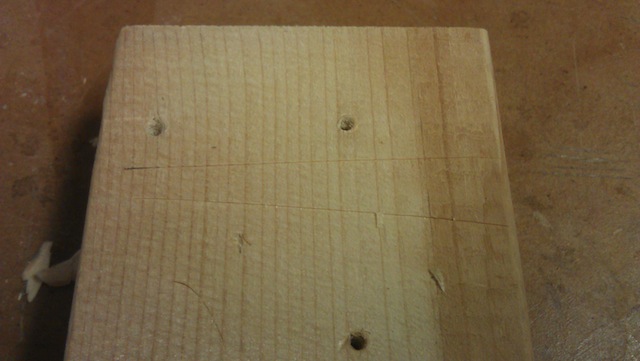 As you can see, the cuts across the grain are as clean as can be … sharp is the only way to go.

Taking a hint from Kari Hultman, rather than use this knife until it was dull as dirt, I kept my honing wheel charged and at the ready for regular stropping during the carving process. After all, it’s easier to maintain the edge rather than redo it from scratch.

The only thing I need now? Skill. But, that will come with time, right?

4 thoughts on “A sharp idea”