I still remember when my brother-in-law purchased his first table saw. A Skil benchtop model that he used the heck out of. I was in awe of his saw, coveting it jealously, because I didn’t have one of my own at the time.

While he was showing me all of the neat features (Height adjustment? Blade angle adjustment? Rip fence? Someone pinch me!), he lamented one important thing – he couldn’t find a ten inch diameter dado blade to go with his ten inch saw. This really seemed to bother him. 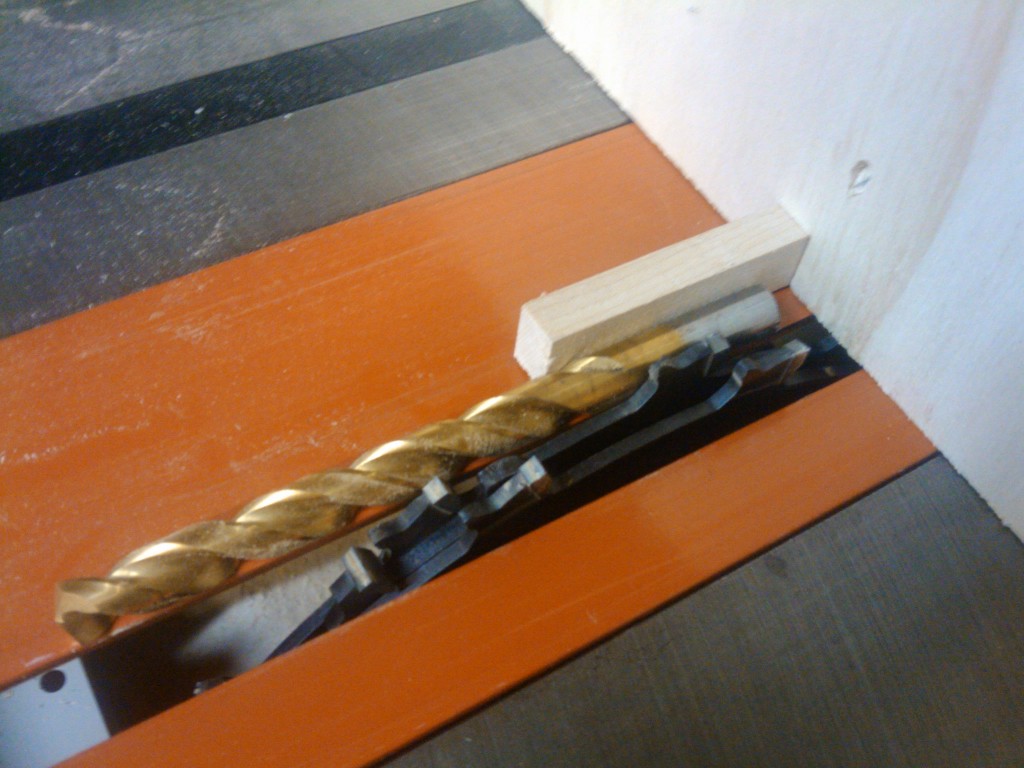 It got me wondering… why the heck doesn’t anyone offer a ten-inch dado blade for hobby woodworkers? Come on, I want to use all the saw I bought, right?

“Well, it’s not quite like that,” said David Venditto of Infinity Cutting Tools. “Your saw can handle up to a ten inch blade, but dado blades are a completely different animal. Yes, they both do cut, but it’s all about the weight.”

David explained to me that a regular crosscut, rip or combination blade for a saw is a single circular plate with teeth cut in it, carbide pieces added to those teeth and a hole precisely bored in the center to ride on the saw’s shaft. That one blade has a limited amount of heft to it, and that’s what the saw manufacturer designs the tool to use. “The weight differential between a single ten-inch blade between models isn’t that great. So if you are using one of our blades or one that came with the saw originally, the saw won’t really care.” 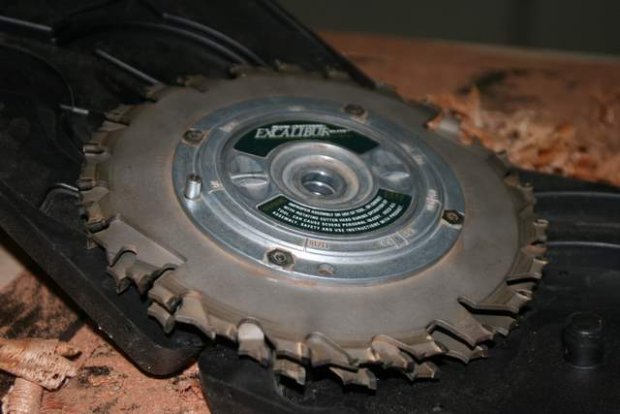 This all changes when you move to a dado blade. In order to cut the larger groove, you have to expand the cutting area of the blade. In order to accomplish this, there are two approaches. Wobble dado blades use an eccentric hub which can be dialed to size. The blade flutters as it cuts the material, doing the dado in one pass. “Sure, you can go this way to cut dadoes. It’s a technology that has been used for years, and it works fairly well, if you don’t mind rounded bottoms of your grooves.”

The other technology which is used is to stack a number of blades together on the saw’s arbor to achieve the desired width of cut. “Stacked dadoes give better results than wobble units, but it comes with a significant increase in weight. That’s where we as blade manufacturers have to downsize the blades to help the saw compensate.”

That’s why most manufacturers offer eight inch dado stack sets. The two extra inches of reduced diameter makes the stack considerably lighter than it would be with a ten inch diameter. “To give you an idea of weight differences, our 8” Dadonator stacked set (with 24 tooth outside blades and full-body 6-tooth chippers) weighs in at 10 lbs, the 6” Dadonator Jr. set (with the same blade and chipper design) weighs a full 4 lbs. less. The Jr. is clearly the best choice for anyone using less than a 5 H.P. cabinet style table saw. In all of the years I’ve been making saw blades, I’ve never heard one person complain about not being able to cut a three and a half inch deep groove in a board. But, they all seem to love the flat bottom cut they get.” 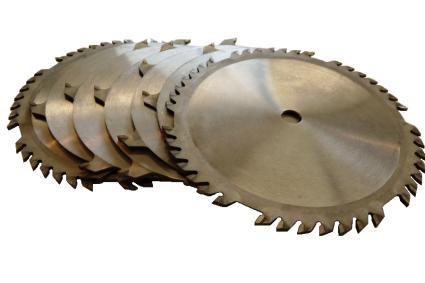 Stacked dado blades have the two outside blades which – when used alone – can cut a ¼” groove with no problem. To further widen the cut, chippers with a reduced number of teeth are stacked between the two outer blades until the desired width is reached. “With our Infinity Dadonator line, we make the only blade sets with six teeth on the chippers – where many other manufacturers may use as few as two. The 6” Dadonator Jr. is the only dado set on the market to feature outside blades with 24 teeth and chipper blades with 6 teeth. Those extra teeth help ensure your cut is crisp in solid wood or plywood. That does mean that our sets are going to be heavier than other dado sets you can buy.”

David’s answer for those who want to use his dado sets on a smaller saw? “There’s nothing wrong with looking at our six inch dado set. With that, you can still cut grooves as deep as one and a quarter inches, which is more than adequate for most joinery tasks while not straining your saw’s motor to keep up with the demands placed on it.” David was also quick to point out that the 6” dado set also costs less than its bigger cousin. “If you are in the market for a new dado stack and you don’t have a beefy cabinet saw, the six inch blade represents a heck of a value without sacrificing performance.”