There has been a move afoot recently in woodworking – a more back-to-basics approach as seen in the shops of the 18th century. In many cases, this leads  folks to eschew power tool woodworking completely and go entirely to hand tools. I have got to admit, watching someone build a project solely with hand tools is an impressive feat. Sort of hearkens back to the days of everyone’s favorite French woodworker André Jacob Roubo. 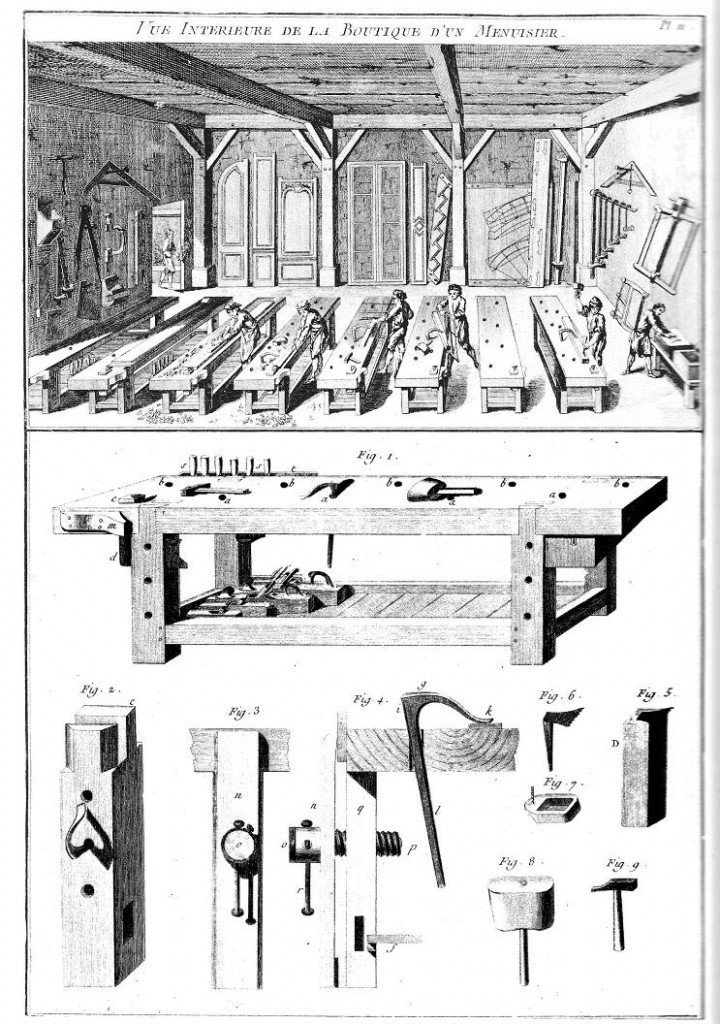 And, if you have been following the woodworking media for the past few years, no doubt you have seen the ultra-famous plate 11 from Roubo’s master work L’Art du Menuisier showing his shop in detail. There’s even a close up of the bench that he used as he worked wood in Paris before the French Revolution.

While many get fixated on the images at the bottom of the page showing the equipment furniture makers used in the day, I think the most telling part of the image is on top. There, you see nine rows of workbenches with different parts of projects spread out upon them, seven people people hard at work at those benches and one person walking into the room. Believe it or not, everything I have been doing to this point in my development as a woodworker has to do with the folks in that image.

Think about it. Say, on a typical Monday in Roubo’s shop, he would be working there as the big cheese… the head honcho. Roubo was a master carpenter and furniture maker, and his work was in demand. So, his job was to run the business as well as doing the highly-skilled woodworking. When it came to making a furniture piece work, he was the man. After all, his name was tied in with the operation – so his reputation was on the line.

But, who were these other folks? Didn’t Roubo do all the work himself?  Were there there to cheer him on and offer moral support? 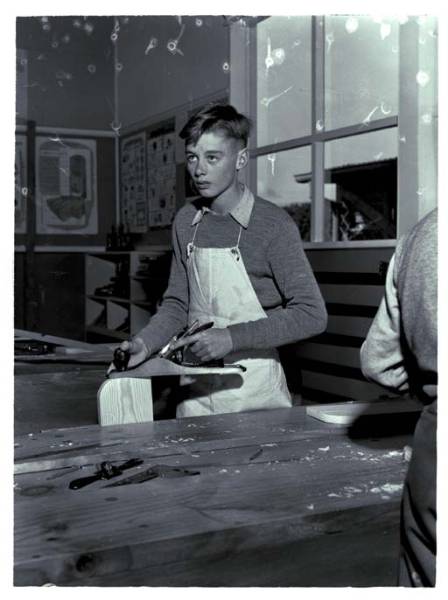 Nope. If his shop was like any other shop, he had other folks who were working hard to make the shop hum. The guys doing the mundane work such as flattening and thicknessing boards were the apprentices. Starting at a young age, these up-and-coming furniture makers had to make their  bones for years learning the basics of how wood works, and how to prepare boards for those higher up the food chain. They would also be called upon to do much of the grunt work – such as pulling highly detailed profile planes with ropes while the more skilled carpenters in the shop guided them. Sure, it was a hard life, but if skills were going to be passed on, this full-immersion operation was critical. 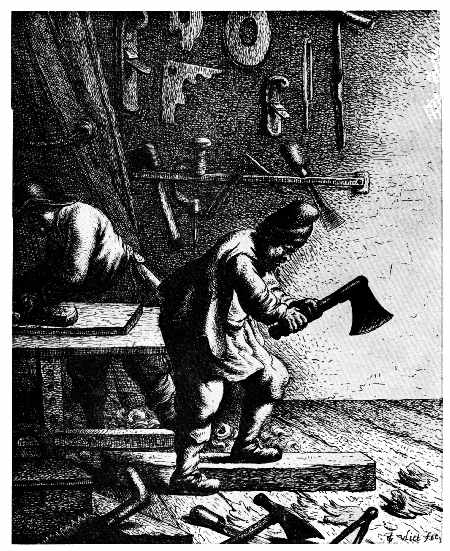 Next up the ladder were the journeyman carpenters and furniture makers. Now, these folks had already done their apprenticeships, but had yet to be considered a master in the guild. As such, they could charge a daily rate for their work (the name journeyman comes from the French journee – the word for one day). Now, these journeymen were skilled and already possessed knowledge, but they were still working to learn more about the craft. As such, they could be counted on to do things like cutting joinery and even completely assembling less complicated pieces. Eventually, the journeyman would build a project which could be submitted to the guild for consideration to full membership. This project would be known as their masterpiece.

Now, what the heck does this have to do with my shop? Everything. Just as Roubo was busy doing several things, so am I . I have that old eight  to five gig – with additional nights and weekends for talks and events. There’s the laundry, lawn mowing, dish washing, home maintenance and other required chores. I have to ride herd on the boys with their homework. I’m coaching my sons in basketball this fall. My wife would like some time with me away from the chores. There’s this blog thing. And, yes, I also like to woodwork! 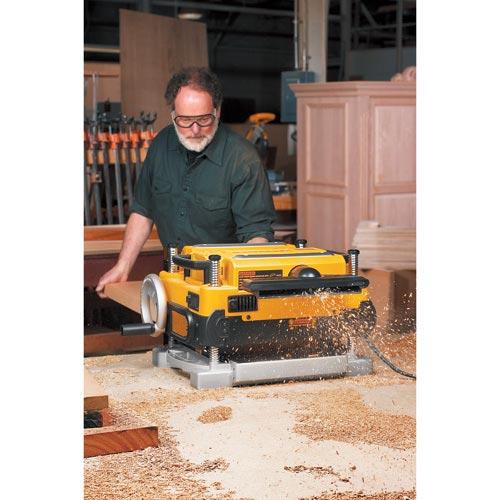 In my mind, I have come to appreciate the work that my apprentices can do for me.. by plugging in my power tools. Yup, I can tell my portable 12″ apprentice to plane project boards down to a certain thickness, and it gets done. I can also plug in my 1.5 hp apprentice and instruct it to clean up the dust and shavings, and that job gets done as well.

When it comes to the work that the journeymen would do in my shop, sometimes I like to do it. I’ll try hand cutting dovetails or hand planing edges of boards for glue ups. But, I have absolutely no problem giving these projects to the router or table saw to handle.

Of course, I keep the master work to myself. The design. The final fitting of joints. The careful surface preparation. That’s where I see the enjoyment of the craft in my shop.

Classifying the work I do in my shop into these three categories has helped me keep my sanity on many occasions. Rather than trying to achieve some mind-numbing hand tool technique, I will make an assessment on my own of where the job belongs and assign it to the proper folks in the shop, just as Roubo had to back in the day.

Keeping this in mind helps me work more efficiently in my limited shop time, and it also gives me a better appreciation for the folks who had to the do the job centuries ago – and the folks who invented the power tools to give me the option to handle them on my own.

3 thoughts on “My apprentice philosophy”