On October 21, 1805, Admiral Horatio Nelson of the British Royal Navy devised an audacious plan of attack to beat a larger combined naval force comprised of French and Spanish ships. The two armadas squared off just west of Cape Trafalgar in southwest Spain, and the mighty ships traded canon fire for most of the day.  At the end of the encounter, Admiral Nelson’s forces proved superior, defeating the enemy ships and derailing Napoleon’s plans to invade the British isles. 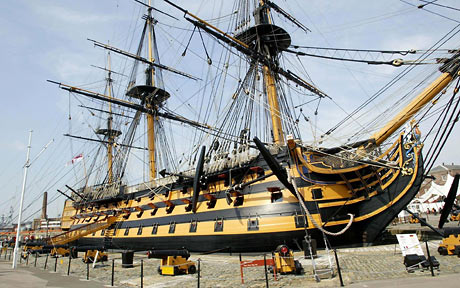 Admiral Nelson’s flagship, the HMS Victory still exists today as a naval museum ship serving as a goodwill ambassador for the Royal Navy and giving visitors a glimpse into  what life was like on board.

The Victory is about to undergo a massive refurbishment, and the work will give naval archaeologists – and interested woodworkers –  an opportunity to see just how this important piece of British history was built.