Every year, the local school board hosts the Great American Teach In.  This program is similar to the good old career days, when people would come to school to talk about what they do and tell the kids how they got the positions they did.

The event is open to people who want to talk about their vocations and avocations as well. So, you will see people talking about all kinds of things – firefighters, police officers, chefs and medical professionals were joined by volunteers with animal rescue organizations, glass blowers and part time musicians.  Heck, reporters from the local news stations come out in droves to get in on the act to tell the kids about careers as a journalist.

For the past six years, I have gone to the schools to talk with kids about hurricane preparedness. It’s always been a fun way to spend a day, and the kids have seemed to appreciate the information.

This year, though, I took a day off from work and went to the schools to talk about my favorite hobby, woodworking. I woke up early this past Thursday to pack the tools into the car and got dressed in one of the Show Me the Monkey t-shirts, and remembered to bring my little video camera. 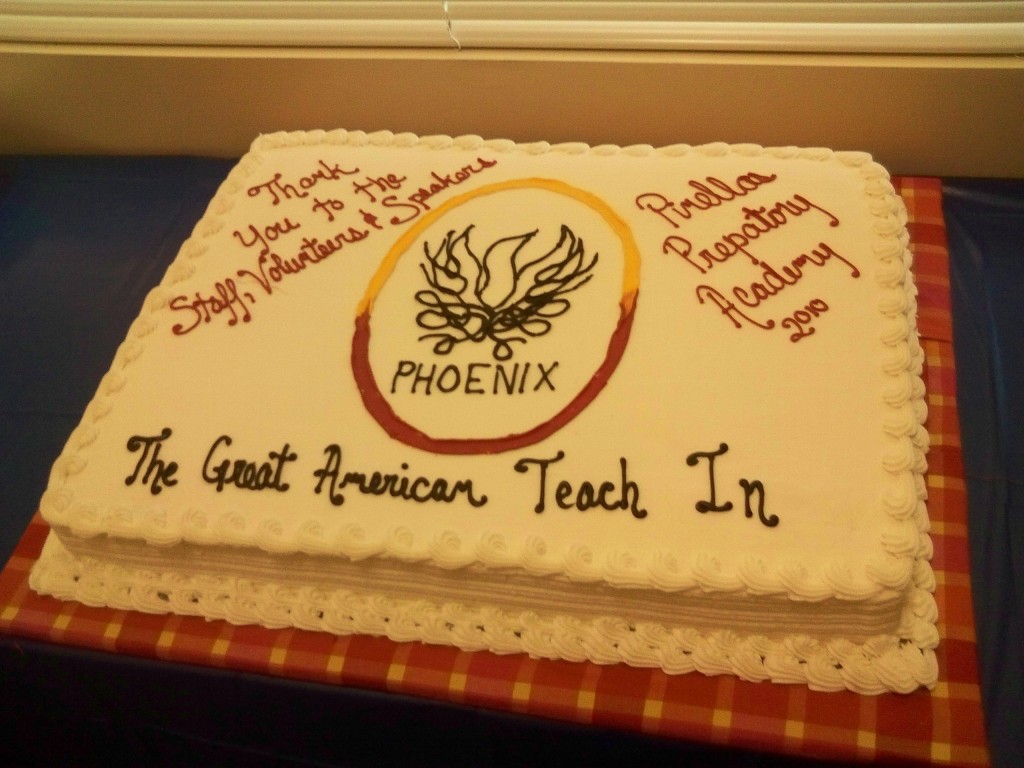 I went to my youngest son’s school first, and was greeted with breakfast, lots of coffee, bottled water and a cake decorated for the occasion. I spent the first hours of the morning talking to groups of fourth and fifth graders, who asked a whole bunch of strange questions. “If you threw your saw at someone and it hit them in the neck, would it cut their head off?”  Yikes.  Fortunately, I was able to keep the content more in line with woodworking, and the kids seemed to enjoy it. My youngest son’s teacher even said the kids enjoyed my talk more than that given by the lady from the ASPCA… and I never do better than the people with animals!

After a delicious lunch at the first school, I went over to my oldest son’s school, where I spoke to sixth, seventh and eighth graders. That’s when I had an opportunity to set up my video camera and capture my talk to bring to you. Now, this isn’t the greatest video quality… I had to set the tripod so I could get myself, so the focus is a little wide.  And, at the end, the top of my head disappeared. But, I hope you get an idea of what I spoke about.

At the end of the day, I was bushed. My oldest son and I loaded the car and made the drive home.  I was hoarse, but I couldn’t stop smiling. That is the way to spend a day… talking to a new generation of kids who just might one day want to take up the craft and build something impressive.

I hope you enjoy my first attempt at doing a video with my blog…  I have a feeling that I might try it again in the future.

11 thoughts on “The shop monkey goes to school”