One of the things I enjoy most about my ‘day job’ is that I get to speak in front of groups about hurricane and disaster preparedness. This year, I must have conducted about 80 individual talks to groups of all ages. Some have been to students, others have been to civic groups and still more were done to businesses.

Over the past few years, one of the events I have come to look forward to is the Great American Teach In. In mid-November, my sons’ school system opens the doors for guest speakers to come and talk about what they do. I’ve gone for the past five years, and each time, I’ve wowed the kids with pictures from inside hurricanes and some neat weather experiments.  Nice stuff…

This year, however, I’ve decided to take a personal day off work and go to talk to the kids as a woodworker. That’s right, I’m leaving the weather guy behind – for this year at least – and bringing some of my tools in to talk to kids about what I do in my off hours.

When I started planning for this talk, I knew I needed to bring in some tools to show off. Saws, planes, chisels… the basic hand tools. But, how to bring them?   And, after the big day, I was still going to need a far more organized storage system for my planes – something better than the pegboard I have stuck up behind my side work area.  Wouldn’t it be great if it could also serve as a plane till?

That’s when my mind got to thinking about a design that could be portable and come back to the shop as a permanent piece of storage.  Initially, my thought was to build a masterpiece from red oak, with dovetails, carving, and a beautiful raised panel to showcase my skills.

Of course, I did have a ton of left over plywood from the past few projects that was just taking up space in the shop.  So, I called an audible and built this. 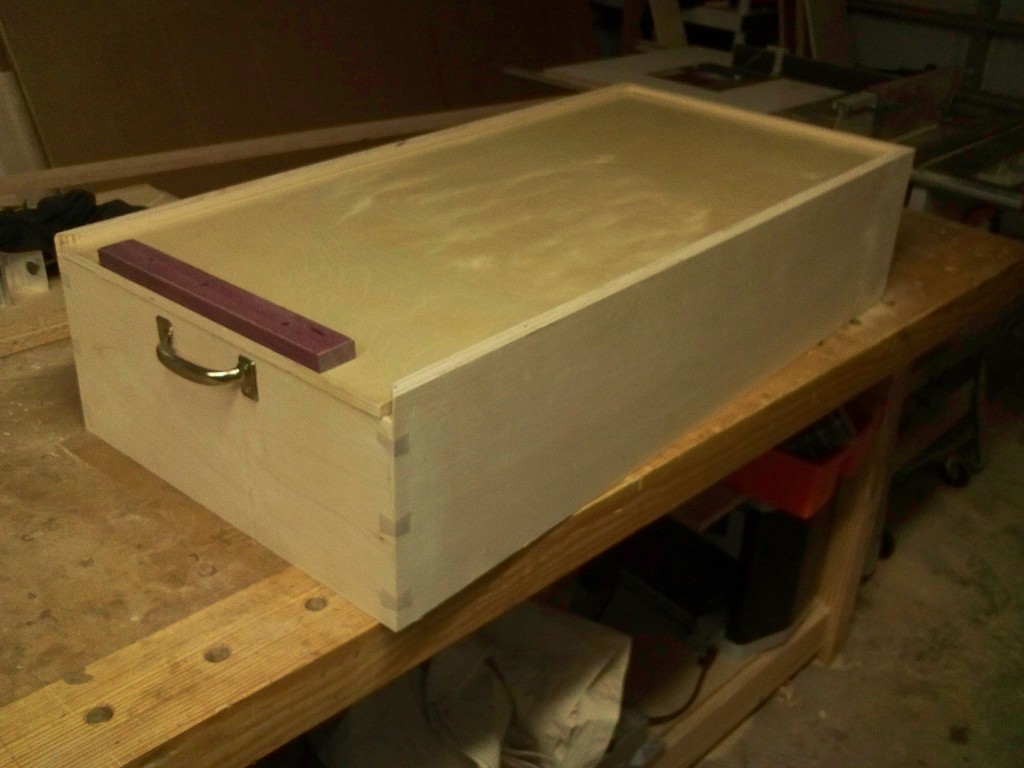 Yup – it’s a plywood version of what I had planned.

The case is 40″ long and 16″ wide, standing 8″ tall. I cut the pieces to width, then mitered the corners so I wouldn’t be looking at the edge grain of the plywood. I cut a pair of grooves for the top and the bottom to capture the lid and the floor of the box.  I glued the box’s floor in place when I glued up the sides, then, to reinforce them, I routed some dovetail splines using my Kehoe jig.  The splines were cut out of cherry and slid right in… no fuss, no muss. 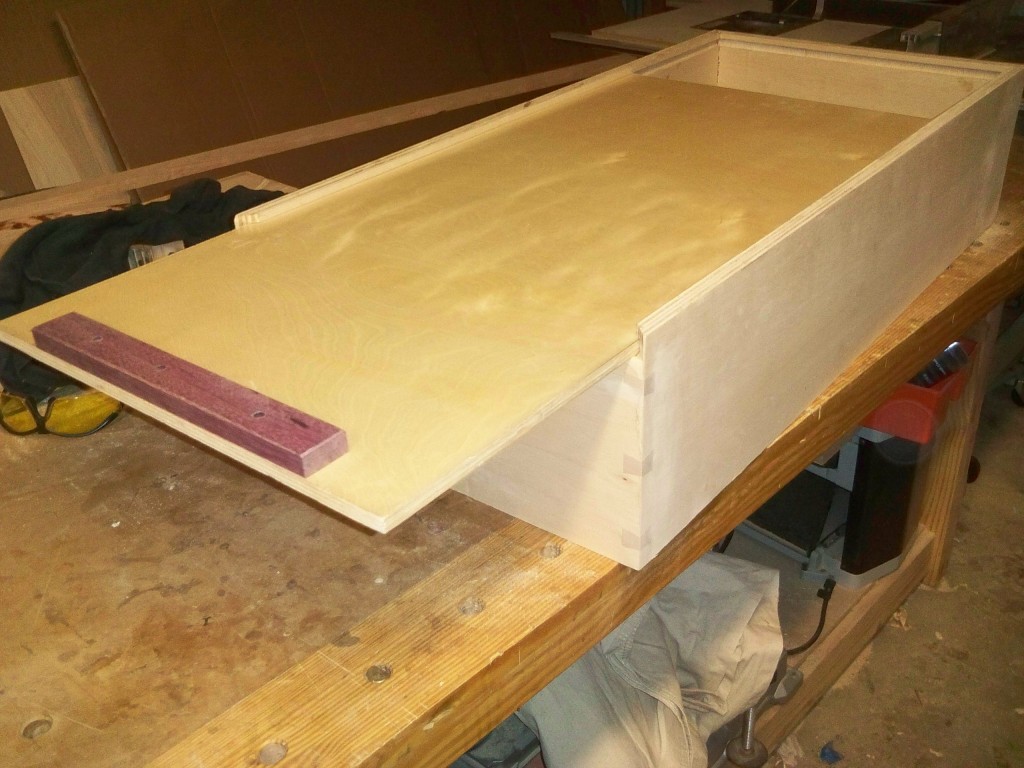 The front of the box was cut so I could slip the lid in and out of the grooves to cover the planes. Once I had cut it size and slid it all of the way home, I realized that I couldn’t slide it out.  So, I had to screw on a block of scrap purpleheart as a handle.  Yeah, kind of exotic, but won’t the kids love to see it the day of the talk!

I screwed on a pair of handles I had in the shop for about ten years (they never got used on the original project they were intended for) and a pair of fixed casters with a weight limit of 125 pounds.  Now, when I grab the handle on the top of the box and tilt the case up, the wheels eventually contact the ground, and then I can roll the case to where I need it to go. Not too elegant, but it beat the complicated wheel system I was planning on building. 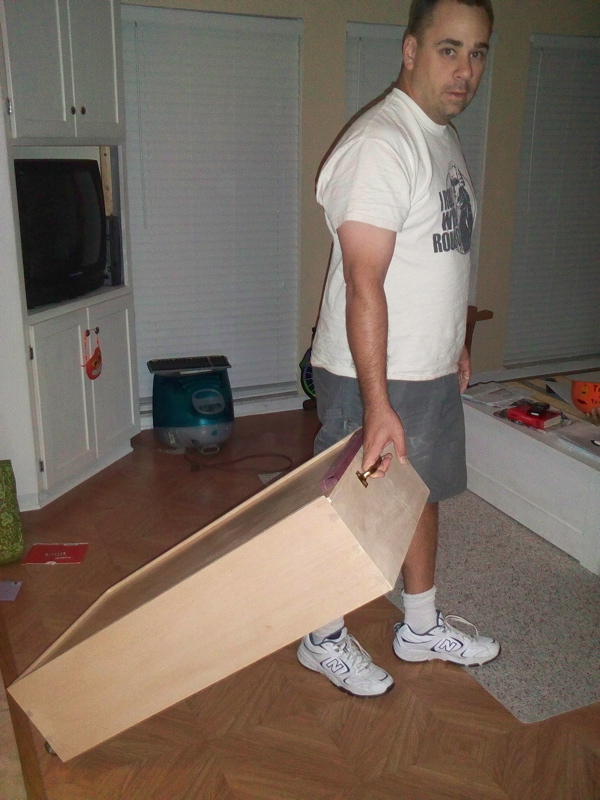 Yes, the case holds all of the planes in my collection.  Now, I have to cut some dividers to build plane cubby holes inside the box and figure a way to hold the planes in place while in transport and when I eventually place this case on its side on my side bench.  Rare-Earth magnets may work for the metal planes, but I’m gonna have to get more creative with the wooden body ones.  I’ll also have to think about how I’m going to hold the spokeshave and cabinet scraper in place as well…

At least I have until November 18 to get this right, but not a bad start!

3 thoughts on “For whom the plane tills…”