Make no mistake about it, one of my favorite woods is curly maple.  I love the light color and the dazzling figure that a finished piece shows.

The only problem is that getting it nice and smooth can be a nightmare. It’s difficult to get the board to go through the thickness planer without tearing out. Using a sharp jointer plane takes a considerable amount of care to get he surface flat and clean.  And, when it comes to smoothing planes, both my vintage Stanley No. 4 and my Japanese smoothing planes have moments where the would rather chew on the board than bring up thin shavings. Since both of these planes have irons set for working with well-behaved softwoods and hardwoods, they have difficulty dealing with the wavy interlocking grain patterns of figured boards. 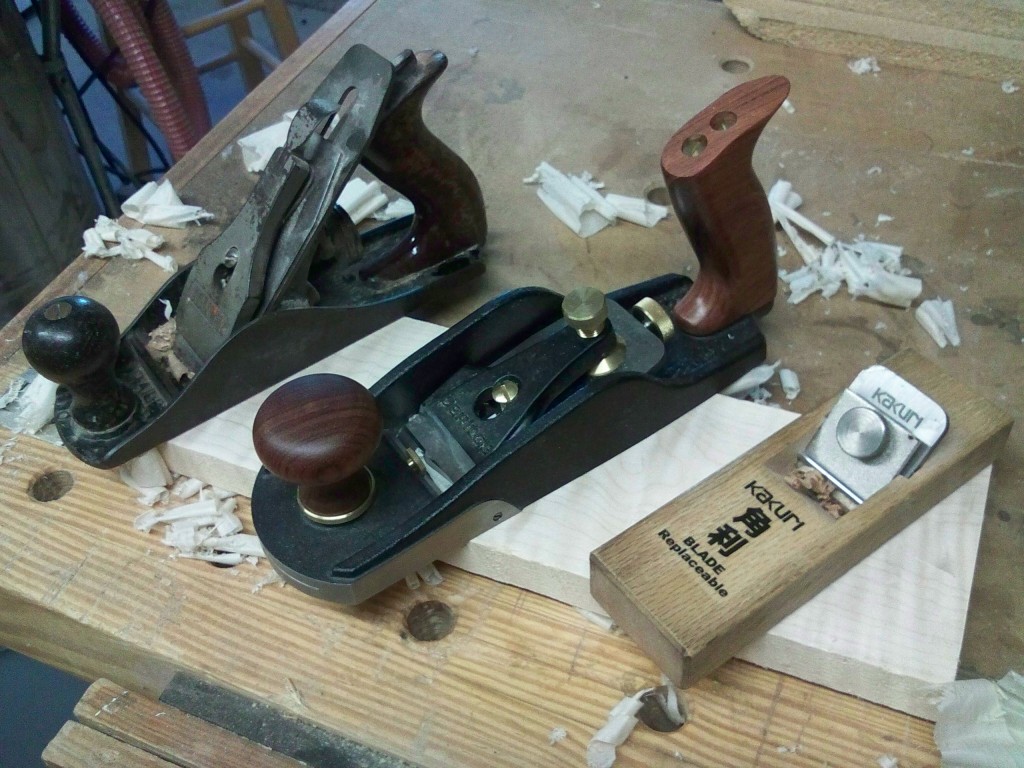 That’s why I have frequently had to turn to ‘abrasive planing’ (read: the belt sander) to get the board’s face smooth before I could use a cabinet scraper to get it ready to finish.

That’s why I added the middle plane to my arsenal.  It’s a Veritas bevel-up smoothing plane, and this thing is the cat’s pajamas. (What is this? 1932?)

As with the Veritas planes I own, this is a solid piece of machined metal. It’s substantially heavier than my No. 4 and considerably wider, which makes it feel stable when riding on the face of a board. It has a great adjustment system that doesn’t involve a frog – instead the blade bears against the solid sole casting. The handles are large and comfortable, and the mouth can be adjusted to give a very fine opening, further helping to reduce the amount of tear out. 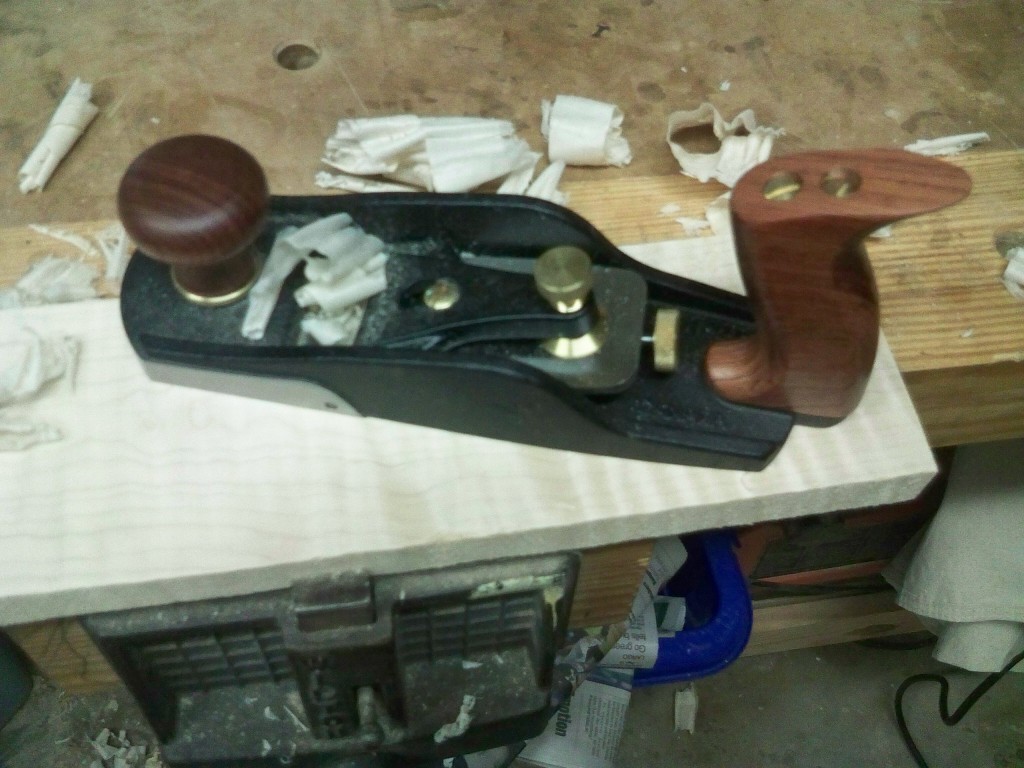 I had a choice steel for the iron – either an O1 or an A2.  I went with the A2 to better hold the edge so I’m not constantly honing during a project.The Veritas irons are ground very true, requiring only a honing on my extra fine diamond stone and some honing on a leather strop to slice paper.  That’s nice…

To put the plane through a quick test, I found this offcut of tiger maple on my bench.  I put it between the dog on my workbench and on the vise jaws and snugged it down. Within a few minutes, the surface of the board when from looking like the surface of the Moon to nearly translucent.  The shavings – even with just the coarse adjustments, were gossamer thin.  Once I get some real time to work with it, I’ll be using this plane a lot on my projects. 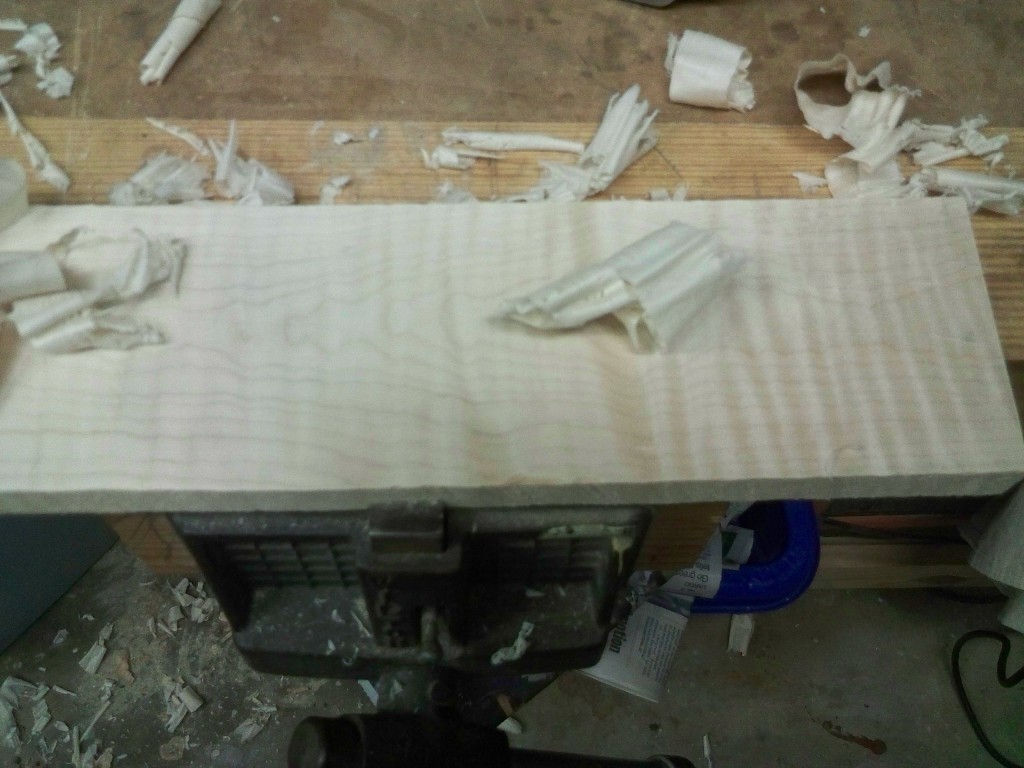 Will I part with my No. 4 and my Japanese plane?  No way.  Those soldiers have served loyally for years, and do a great job on straight-grained woods.  But, when I’m ready for the final pass or run into a board with a lot of visual interest, I’m reaching for this one!

4 thoughts on “One Smooth Customer”