So far in my life, I have had the opportunity to actually go to court twice.  The first was for an accident I had gotten into when I was just a wee lad at 16 years old. The second time was when I got pulled over about ten years ago in Tampa for speeding. 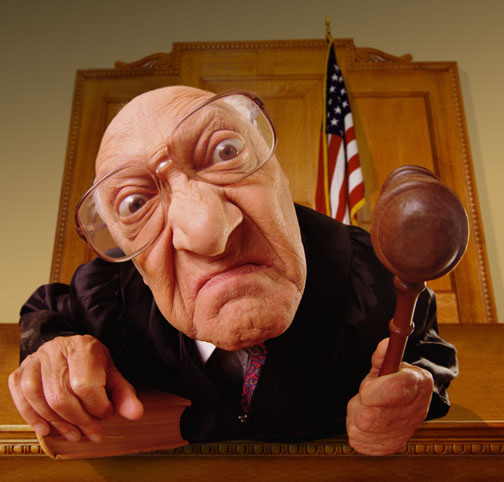 In both cases I learned a few important lessons.  First, when you have a court date, it’s vital that you show up – on time – for the hearing. Other folks who didn’t discovered quickly that the judge didn’t take kindly to tardiness.

It’s also critical to know that when the judge is talking, you are supposed to sit quietly and pay attention.  Back during the case when I was just a novice driver, the lady across the aisle trying to convince the judge that I was reckless liked to make snide comments under her breath concerning her opinion of the judge’s abilities – while he was speaking.

That, my friends, is a big time no-no.

Basically, the judge is charged with keeping order in the court.  Things have to go a certain way if a case is to be heard properly and be able to hold up in a court of appeals should someone choose to go that route.

When it comes to woodworking, keeping order in your project process is critical if you want to keep yourself out of trouble during the building process.

Case in point, your honor…

On this project with my friend Paul, this case is the most complicated one in the build.  All of the others so far have just been boxes.  Sides, top, bottom and back.  But, this case is where his CPU will live.  And where he wants to hide his wireless router, networking hubs, power strip, a boatload of cords and other computing essentials. 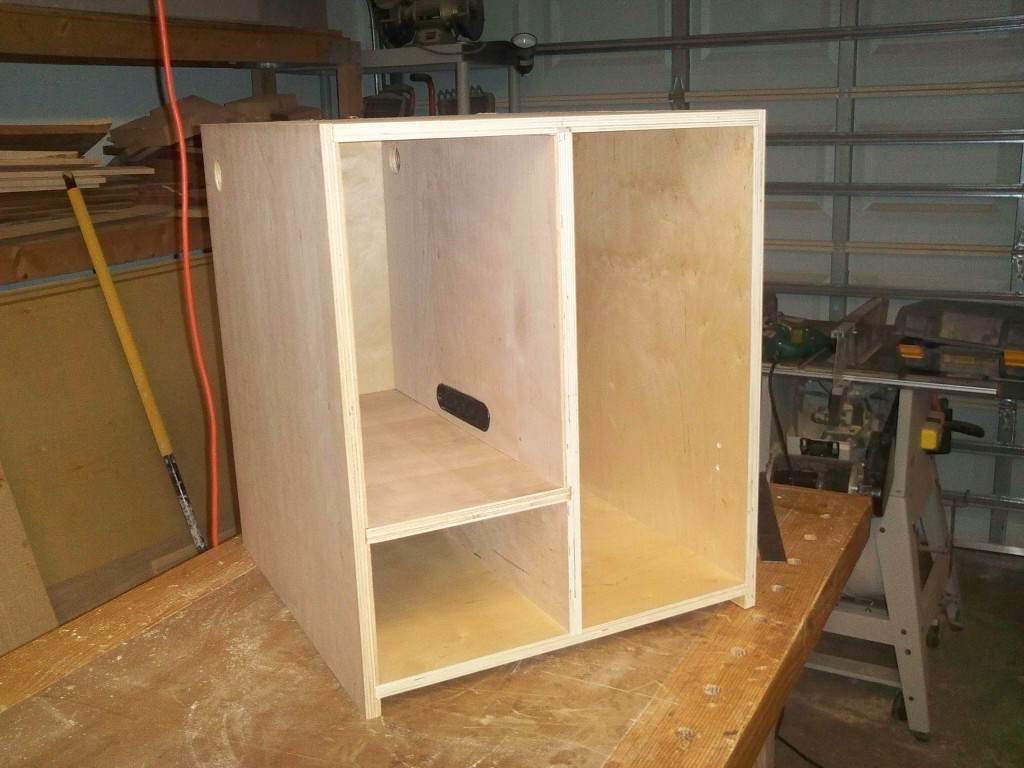 Sure, we could have built this case as two separate cases, but that would have involved more material, more assemblies and more coordination when joining the separate cabinets together on site.

Fortunately, Paul is a little more level-headed than I. He kept bringing up some very important points that I was missing.  For instance, a number of holes needed to be drilled to allow wires to go from one cabinet to the next. If I tried to feed my drill which, with a hole saw attached, comes out to 14″ long from drill bit tip to butt end, into a 12″ wide cavity, how did I plan on making the hole?

Similar questions were brought up over and over again – just for this one case.  When should I insert the divider which broke the piece into two distinct cavities?  When should I drill the shelf pin holes for a shelf in the equipment side? When and where should I drill a slot to accept a grille that would allow air between the two sides?  Should I notch out an area of the top to receive a vent before or after assembly?

All great questions, and all required a moment of quiet reflection and a bit of mental gymnastics. It got to where Paul and I were talking through each step of production and assembly of the case in order to make things work properly. If I put this piece in now and then drill those holes…

Ultimately, taking the time to mentally walk through the steps of the project helped out tremendously. Before long, we were able to get the assembly together with all of the holes in the right place and pieces where they had to be.

Later, we’ll just need to face frame the piece out and we”ll be good to go.

Of course, the finished product will be the final verdict in judging how well we did.

2 thoughts on “Order in the Case!”