Iggy the Trained Shop Monkey here, and, boy, do I have a howler for you today. 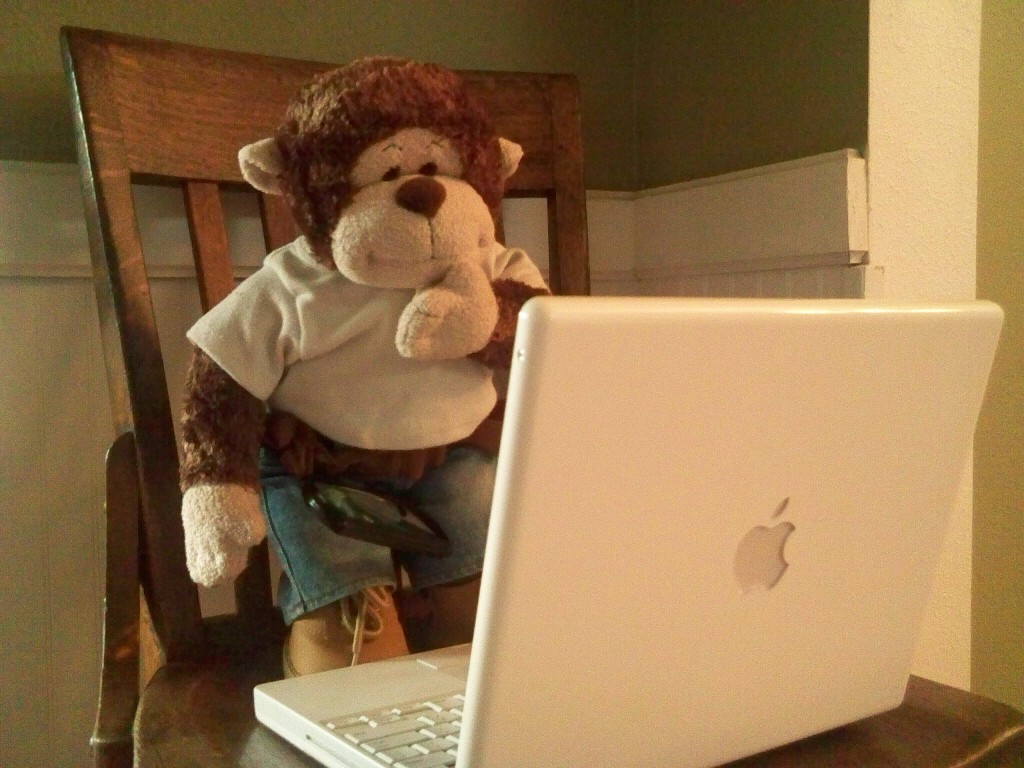 But, first, I wanted to share with you a quick definition that I found online:

1.the use of words to convey a meaning that is the opposite of its literal meaning: the irony of her reply, “How nice!” when I said I had to work all weekend.

a.a technique of indicating, as through character or plot development, an intention or attitude opposite to that which is actually or ostensibly stated.

b.(esp. in contemporary writing) a manner of organizing a work so as to give full expression to contradictory or complementary impulses, attitudes, etc., esp. as a means of indicating detachment from a subject, theme, or emotion.

5.an outcome of events contrary to what was, or might have been, expected.

6.the incongruity of this.

7.an objectively sardonic style of speech or writing.

Now that we have that out of the way, I want to share with you something that Tom, the supposedly more ‘advanced’ member of this pair, did over the weekend.

About 30 hours after posting his link of the week this past Friday – you remember, the one about what to put in your first aid kit – he was out playing around in the yard with his brand new spiffy hedge cutters.  This  was taking place after a busy morning of using a pole pruner (chainsaw on a stick, basically) to trim back some trees.  With that long and arduous task behind him and the pole pruner returned to the rental center, he moved  on to other  yard work.  While shearing back the suriname cherry hedge in front of the house with his new hedge trimmer, he proceeded to use his right hand to sweep some cuttings out of the way.

While his left finger was on the trigger.

Let’s see if you can fill in the blanks…

Since I was watching from the shop, I saw it all.  He dropped the trimmer and began the ‘Ouch this hurts’ dance universally performed by people across the globe when bad stuff happens.  With blood flowing freely from his finger, he pounded on the door for his poor, long suffering wife while I raced outside with the first aid kit from the shop.

No, we didn’t have to go looking in the shrubs for his missing digit.  It was – fortunately – still firmly attached to the rest of his hand. He said he had feeling in his fingertip and could still bend the joint.  Good boy.  So, with direct pressure on the injury and his two kids safely at the neighbor’s place, we took off for the immediate care clinic.

The doctor was a nice fellow and took some pity on poor Tom with a quick lidocane injection to dull the pain.  If I was the doc, I would have given him a stick to chew on, but that’s just me…  Six stitches and half a mile of gauze later, and the boy was on his way home. 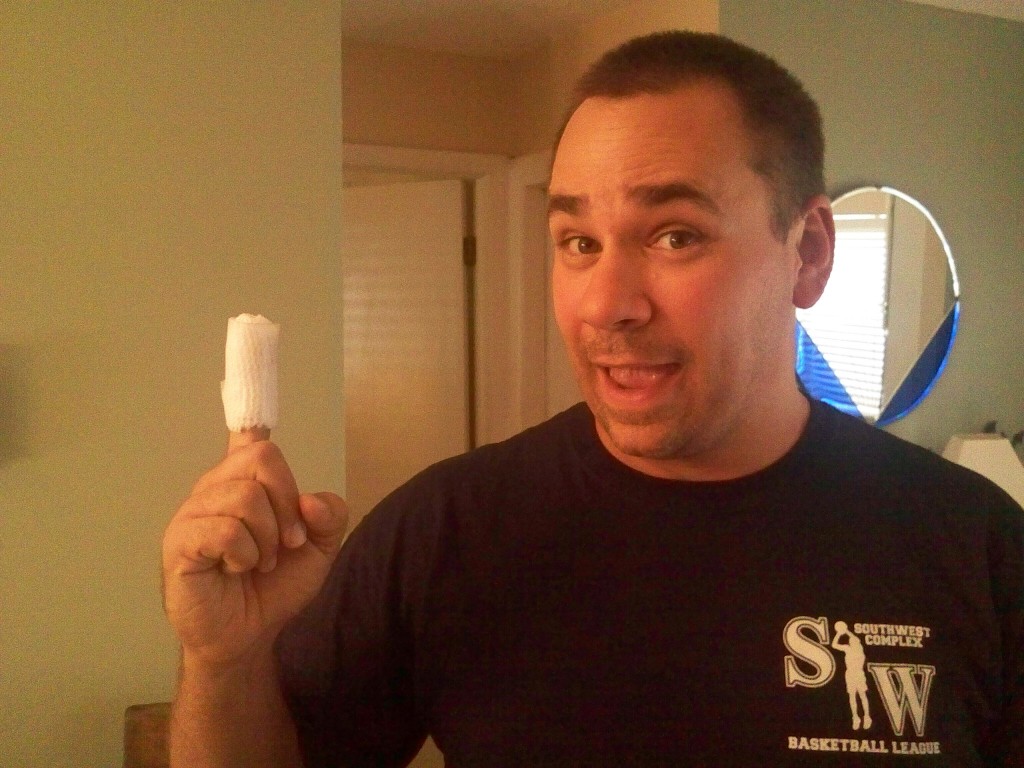 All this at the end of Woodworker’s Safety Week, to boot.

How ironic, don’t you think?

This got me thinking.  After questioning the lovable galoot for a few minutes, I found a disturbing pattern developing.  All morning, he was hyper-vigilant about safety while using the pole saw.  A spinning chainsaw above your head dropping huge laurel oak limbs to the ground has this way of waking you up and paying attention.

But, later on in the day, this happened.  He said since this tool was a light-duty $40 model trimming a bush, he let his guard down.  If the trimmer had a little more oomph, it may have taken the whole finger with it.  He thought the worst he could get was a nip.

And, that’s exactly what he got.  A six-stitch nip.

Now, he’s been put on light duty for the rest of the week.  No woodworking.

I just hope that the big guy uses this time to think things over before he does any more work.  Even the tools that can’t hurt ‘too badly’ can really do a number on you.