Many woodworkers today look back on the craftsmen of different ages with a reverence that approaches awe.

While those woodworkers from ages ago were certainly talented, they were simply using the commonly applied techniques appropriate for the tools of the day. 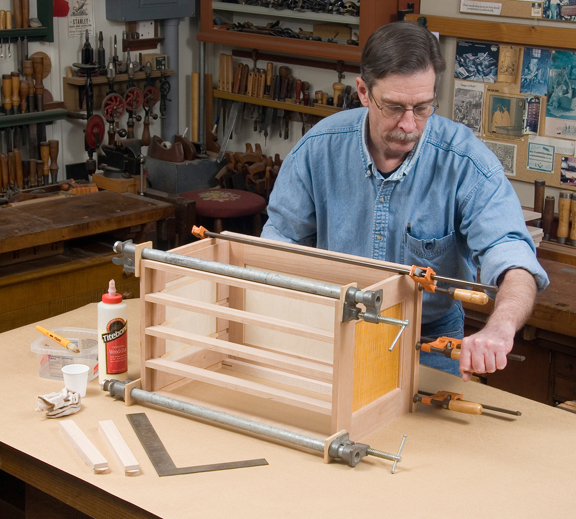 But, when a woodworker can masterfully blend modern and classic techniques, well, that’s another story altogether.

Meet Craig Bentzley. While this Pennsylvania-based woodworker is known for his 18th century reproductions, his start in the craft was very modest. “I can remember fooling around with my Dad’s hand tools when I was pretty young. He built a lot of houses for a few years after he came home from World War II, so he had a basic set of decent hand tools that he let me lose and destroy. In retrospect, I guess he was a pretty patient man. I was always building bird houses, rabbit hutches, tree forts, and the like. I was a typical 1950’s country kid.”

Craig later spend time in his grandfather’s upholstery shop, combed flea markets and auctions for tools and took shop and drafting classes in high school. After a short stint in a machinist’s shop, he landed a drafting job where he spent much of his time drawing parts for seating, primarily in the furniture and automobile industry. “When I got my first apartment, I didn’t have much money for furniture, so I started building my own.” Being the early 1970’s, Craig found himself enamored by the studio furniture of the period – especially the work of George Nakashima. By 1972, he knew he was addicted to woodworking. 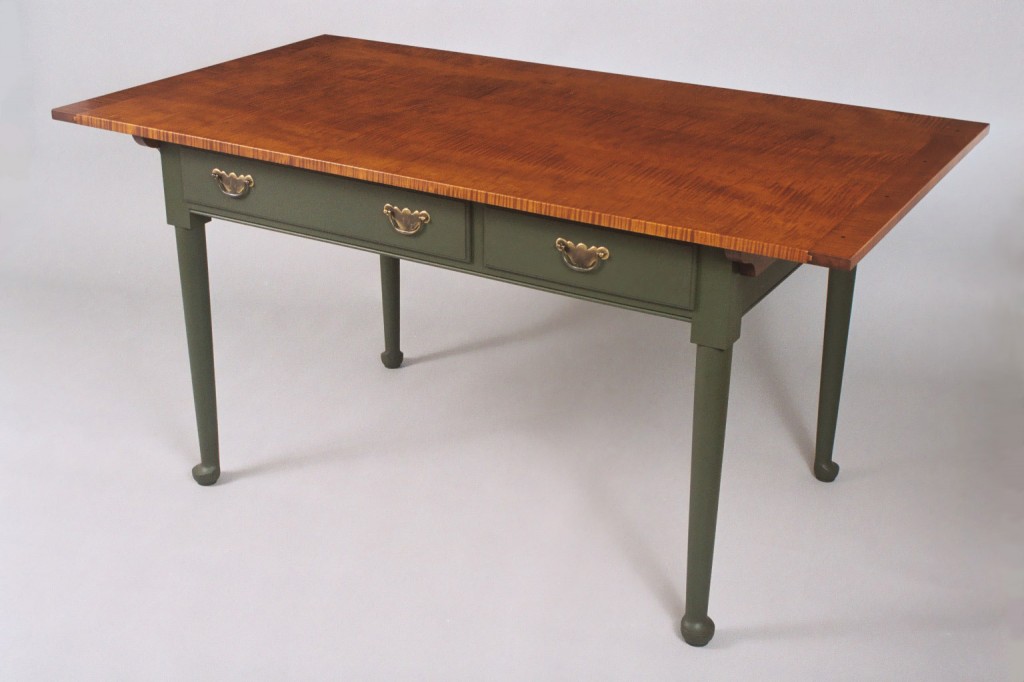 By 1974, Craig’s interest in furniture design turned toward the historical. A friend at the drafting job was a nut for early American furniture. “Once I discovered the amazing capabilities of our ancestors to build all this magnificent furniture with nothing but hand tools, there was no turning back. I was totally hooked. I read everything I could get my hands on, went to every museum I could find, and became completely immersed.”

Today, Craig builds a great number of authentic reproductions of these pieces in his Bucks County (PA) workshop. Blanket chests, tables, small spice boxes… if it was made back in the day, Craig can build it. 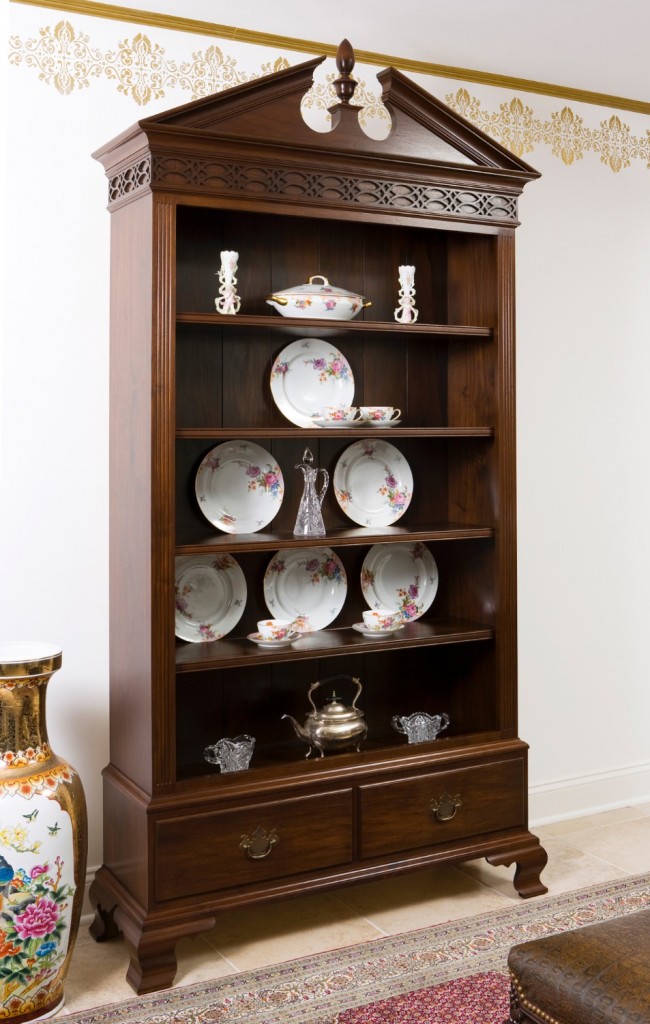 While he uses the joints and techniques of the day, he turns to some modern tools to accomplish the task. “My power tools are my apprentices. I have some nice Disston D-8 saws and have ripped plenty of boards by hand, but I can’t make money that way. Rough work gets processed with the table saw and band saw. I have at least seven routers but I still dislike them. My power tools do the rough work but all surfaces are finished with hand planes and scrapers.” On reproduction work, Craig still does all joinery by hand. If he’s building a competitive piece or doing generic cabinet work, he’ll use anything to produce good quality work. 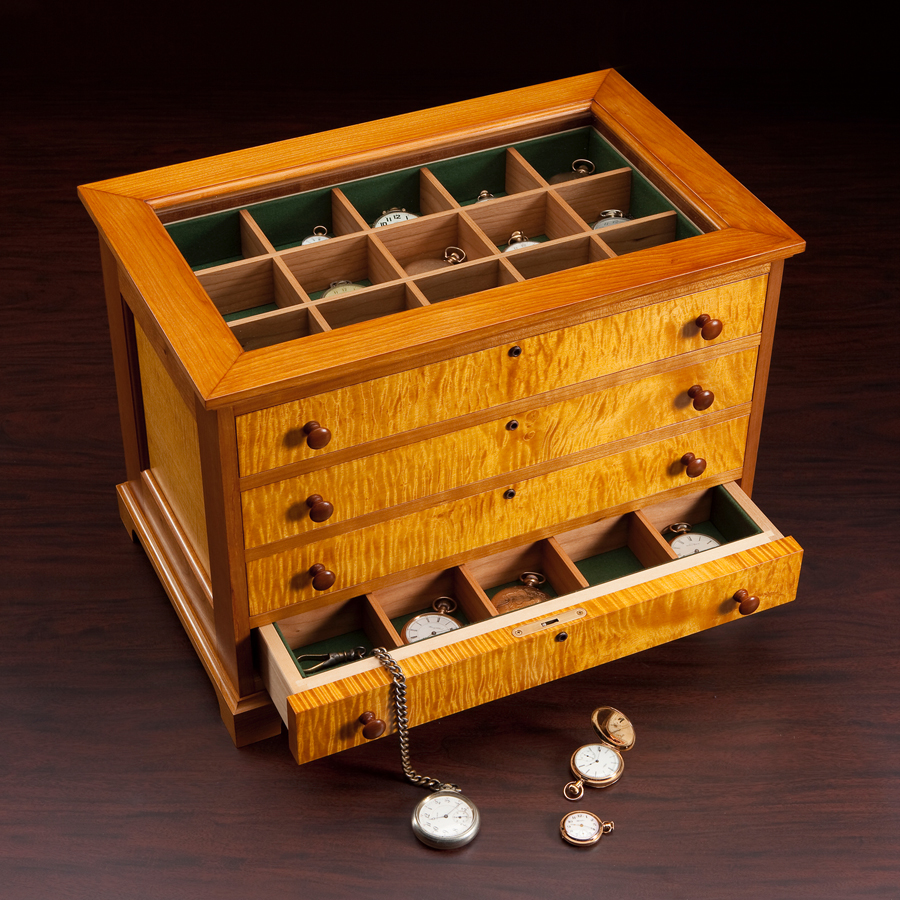 Another part of Craig’s work deals with repairs of existing antique pieces. It’s demanding work, but he learns much from the original builders. “Each piece takes you on a new journey and each piece has its own tales to tell. Just like now, every cabinetmaker had their own unique solutions to the task at hand. You learn something new with every piece you work on.”

When I asked Craig what his favorite aspect of woodworking was, he didn’t pull any punches. “Besides the actual processes and challenges, I’ve met some of the nicest, most generous people you can imagine. Woodworkers are a pretty good lot. Too bad the general population isn’t cut from the same cloth. There’s also an immense satisfaction when you have a happy customer. When you receive a thank you note from a person ten years after you delivered a piece of furniture, you know you’re doing something right. I doubt anyone does that with their auto mechanic.”