Well, for those of you who follow Tom’s Workbench, you may have noticed that there was no quick poll yesterday.  That’s because I had to spend the better part of my Sunday stuck in the Atlanta airport due to very heavy weather.

I was traveling home from a great weekend trip to celebrate a special birthday with my Dad.  He and my step-mom were on a road trip through North Carolina, and were spending some time with my younger brother and his family in Raleigh.  I flew up to surprise him, and boy, was he ever surprised when I walked out into the main terminal.

We spent Saturday over in Durham, North Carolina near where the Durham Bulls play baseball. It’s a gorgeous ballfield, and I’m sure in the spring it must be great to get out and take in a game there.

Immediately adjacent to the field is the American Tobacco Campus. This is where Lucky Strike cigarettes were made for decades before their production moved.  The old facilities, as in many other cities, were converted from their industrial use to a mixed-use office, entertainment and retail location. 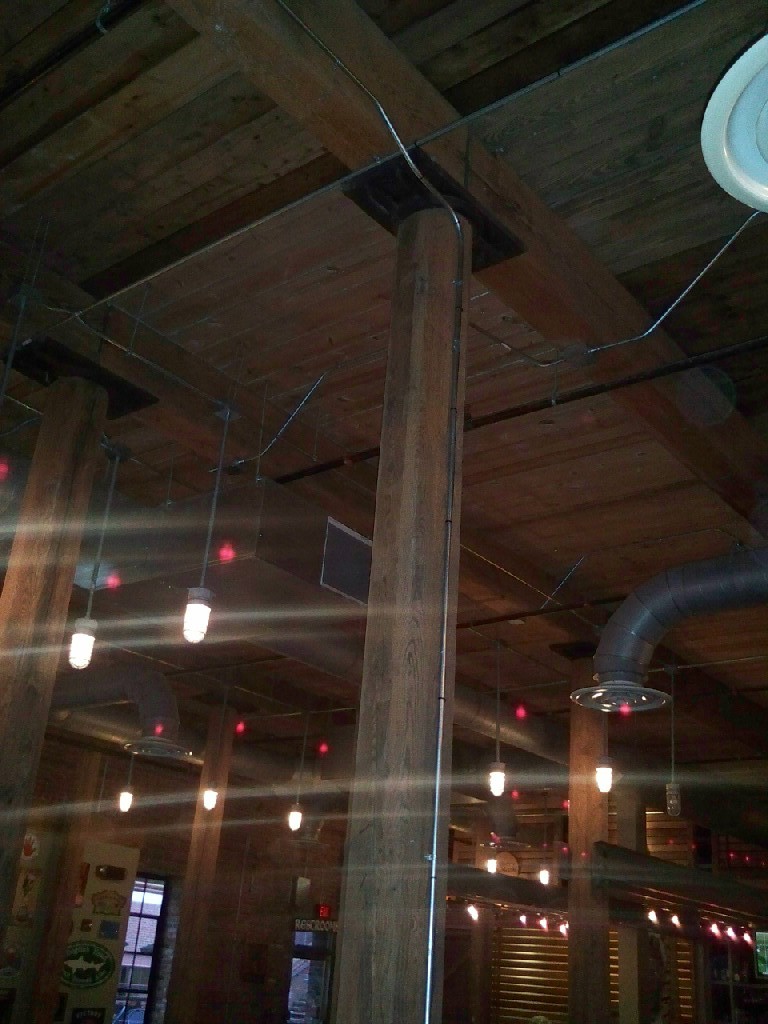 While we were eating lunch in a place called Tyler’s Taproom.  While the smells of the food were mesmerizing and the selection of more than 50 microbrews was impressive, what really struck me was the woodwork.

Tyler’s is located in an old tobacco storage bay, which was little more than a warehouse for the leaves.  So, as you can imagine, the interior was built and left to weather.  The walls were the old brick, featuring the rich patina of age.  The ceiling and beams were all made of old-growth heart pine.

To keep the appearance, the posts that supported the ceiling beams were kept intact.  One must have rotted, because it was replaced by a steel post clad with wood to make it appear old.

The really amazing thing to see were the benches that were outside the restaurant.  Under the overhangs that shielded the working areas from the scorching summer sun (completely unnecessary in the cooler January air), a series of benches were set out for visitors to rest during their day.

The wood on these babies was impressive.  Sawn from beams taken from the renovation of the warehouses, these pine benches featured six inch thick slabs complete with original bolt holes.  These were mounted on some impressive looking ironwork. Just sitting on these benches gave me a sense of appreciation for how difficult it must have been to fell these large trees and the the care shown in how the wood was reworked into its present form. 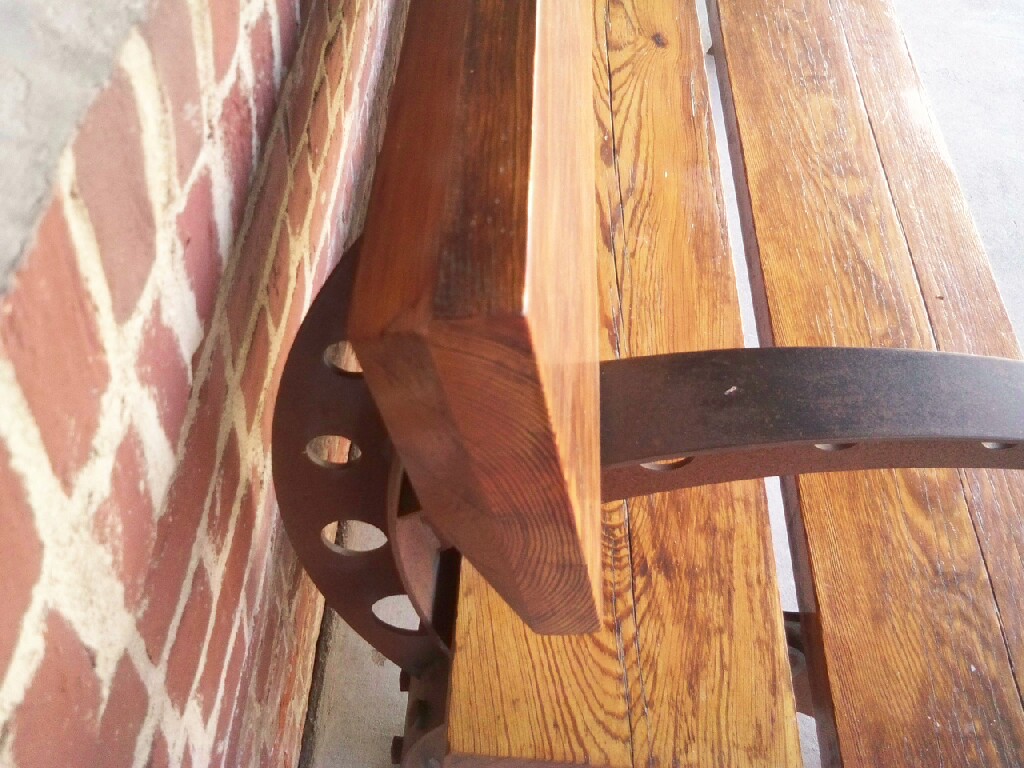 We all had a great time celebrating with dad, and he was very happy to be spending his birthday with all three of his sons.

Now, the trip back to Tampa… let’s just say that I got home this morning at 3 a.m.  I should have been on the ground 7 p.m. last night.  But, hey, that’s what happens when you fly with winter weather…

2 thoughts on “It was a Raleigh good trip”