Legacy. That’s a powerful word.  It calls to mind the passing of tradition from generation to generation.  You might think that in today’s fast paced, on-the-go world, that keeping a legacy

alive could be impossible.

If you had a chance to talk with Matt Vanderlist of Matt’s Basement Workshop blog and podcast, you’d be sorely mistaken.

You see, Matt got his woodworking start spending a few weeks each summer at his family’s farm working with his grandfather.  “I would stand there for hours watching him, asking questions and opening and closing his bench vise – the only tool I was allowed to touch.”

When his grandfather passed, Matt inherited his entire tool kit.  Besides carrying on his grandfather’s work, there’s another pleasure that goes along with owning the tools.  “The best part about owning them for me is that I finally get to use them. Even as I grew up, my grandfather still insisted on doing all the cutting and having me just stand back and hand him the pieces.” 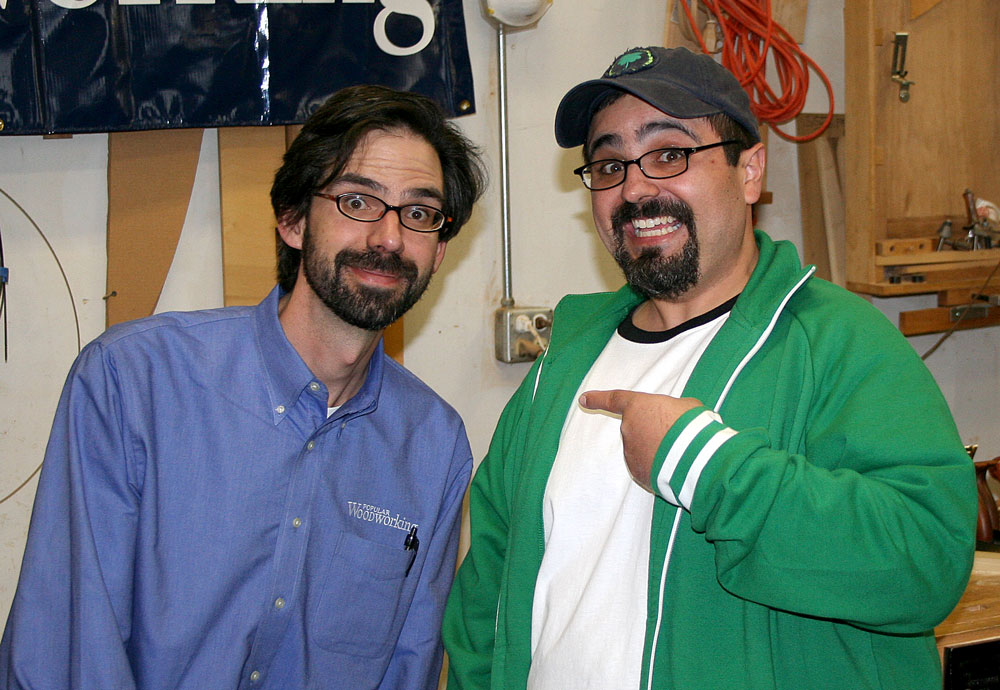 As with most woodworkers, Matt’s skills developed once he bought his first house.  At first, it was just the ‘home improvement’ bug that bit him, but soon after, he tried his hand at building furniture.  From some pretty humble beginnings, Matt turned his basement workshop into a great place to woodwork.  Of course, as all basement wood shop owners know, maneuvering materials into the shop – and finished projects out of the shop – can be a real challenge.  “The closest my wife and I ever came to divorce was over removing our entertainment center from the shop and into the finishing stall of the garage.  It turned out that I completely miscalculated the height of the project and when we moved it into position at the base of the stairs, there was no good way to tilt it to clear the finished ceiling so we could get it up and out.”  Matt laughed,  “my kids learned some very colorful expressions that night that have on occasion been echoed on the playground and thus brought to our attention at parent-teacher conferences.”

Matt’s springboard into woodworking education started when he was given his first iPod as a birthday present in 2005.  After downloading songs, he first started hearing about ‘home grown’ radio shows called podcasts.  That’s when the wheels started to turn. “I was convinced it was possible to talk about woodworking in a manner that could translate into a radio like experience, I mean car repair is a visual thing but somehow the ‘Car Talk’ guys have been broadcasting for years and people really like it.  When I first floated the idea of doing a show I kept hearing from all these skeptics that it wouldn’t work, still I kept thinking that if other woodworkers were anything like me all you have to do is mention the term ‘woodworking’ and their ears would perk right up and they’d want to maybe take a listen.  So after about six months of sitting on the fence I decided to jump right in, feet first.  January 26th, 2006 the very first episode of Matt’s Basement Workshop was posted and I slowly started to build a listenership and discovered I wasn’t the only one who thought it would work.” 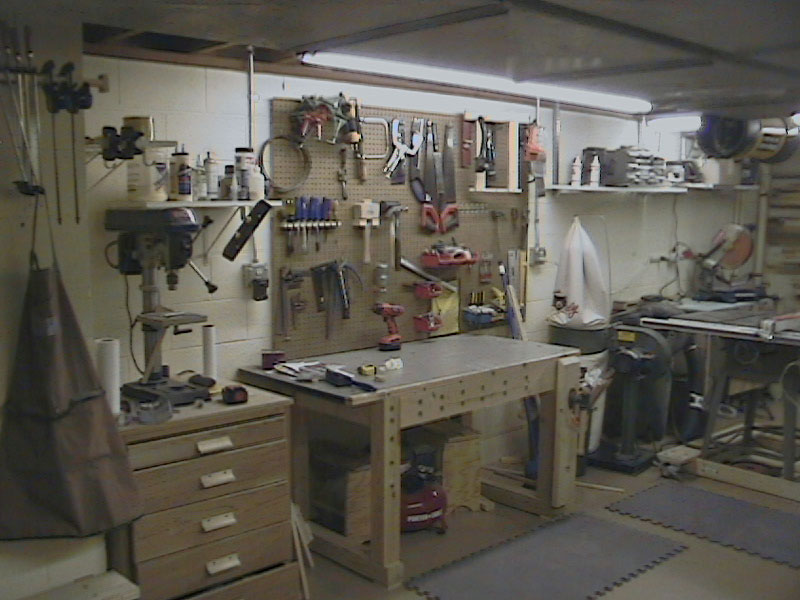 Once Matt became a fixture in the world of podcasting, he caught the attention of Marc Spagnuolo, the Wood Whisperer. Both were producing podcasts, and they started comparing notes. “Every time we’d talk, one of us would mention how cool it would be if we got together and did a joint show.  We ended up kicking this idea around for awhile before we took the big plunge and started Wood Talk Online.  Right from the beginning, WTO was more fun than two woodworkers should be allowed to have.”

The care and feeding of a blog and website can become an all-consuming task.  Fortunately for Matt, he has the support of his family.  “I have been reminded from time to time that it’s another hobby and that somethings are more important, but all in all they’ve always been willing to let dad have his nerdy time at the mic and keyboard.”

Oh, and about that legacy.  Now that Matt has been doing his woodworking education for a while, what does he expect to leave as his legacy to future generations of craftsmen and women?  ” I just hope to be considered by those I’ve heard from since starting the show as one of those guys they talked to about a problem they were having with a project and I helped them out.”  Matt paused for a minute. “Other than that I just hope that my two kids will someday be fighting as passionately over that entertainment center, or anything else I built us, as my wife and I were trying to get it out of the basement!”