Route I-4 is one of the shortest interstate highways in the country. It stretches roughly southwest to northeast from Tampa through Orlando all the way to Daytona.

And, all along its length you will find the lightning capital of North America. There is something with the combination of geography, proximity to the Gulf of Mexico and the Atlantic Ocean and the heating of the day that pops the daily fireworks during the summer. 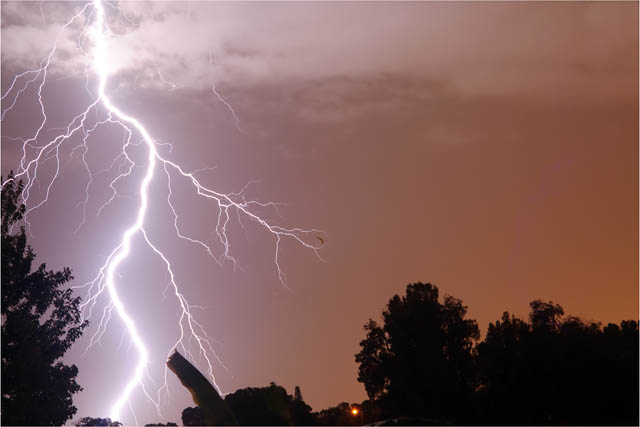 So, it is only appropriate that after the recent visit to Tampa by the Woodworking Show that some sparks would fly. These ones were a little less deadly, but were caused by a blog post written by Paul Sellers, one of the instructors who was teaching at the show.  A great presentation, by the way, about hand tools.

Paul observed, rightly, that there were not that many women or young woodworkers at the show. One of the reasons he gave for this was that the majority of the vendors on the floor were promoting their power tools. Paul’s theory is that power tools create a barrier for new woodwokers, and anyone who claims that a machine is a tool can never understand the art or craft of woodworking. 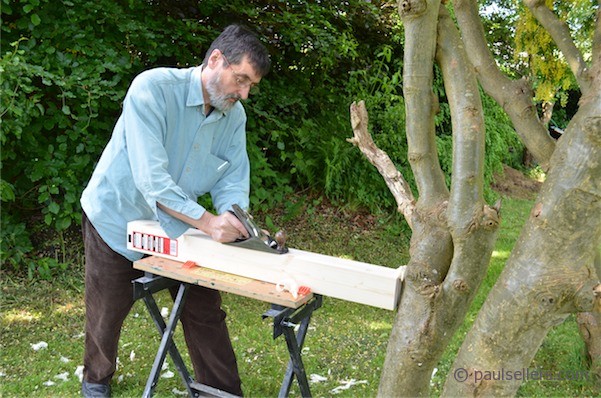 As you may have expected, once this post hit the Internet, it sparked a tremendous brouhaha. There were people who made claims that power tool woodworking is indeed a craft, and that Paul was full of bunk. Others countered, saying that OK, power tools are great for the dull truing and thicknessing of boards, but doing any of the joinery or forming by a machine eliminates the art of the craft. Lots of folks weighed in on this at Paul’s blog and on the social media outlets.

When I first read the post, I got angry.  Yes, I blend power tools and hand tools in my shop.  People tell me that my work is a true craft, and it annoys me to think that someone could perceive the quality of my work as lesser because some of my tools have tails. And, had I written my response post on Monday, it probably would have been full of righteous indignation and written self defense. 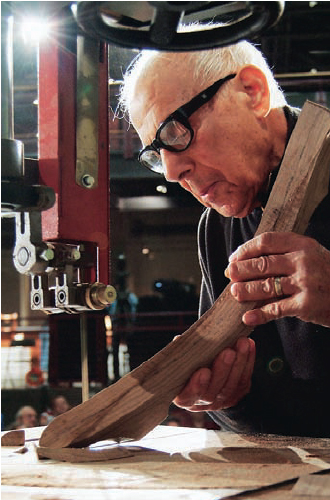 But, what on Earth would that have accomplished?  Besides, after two years of doing Get Woodworking Week,  I agree with part of what Paul wrote… that there aren’t enough women or younger woodworkers in the craft. Sure, I saw lots of people at the show who weren’t well-experienced gentlemen, but I guess they stood out because they weren’t…

I believe, though, that we have to all start following the old bit of wisdom of fixing the problem, not the blame if we are going to address this issue.  Blaming power tool manufacturers for the lack of woodworking involvement may – or may not – be the case. But, how many woodworkers got into woodworking because they watched Norm Abram build projects with one of the most well equipped power tool shop the world has ever seen? And, how many of those woodworkers eventually moved into hand tool woodworking because of what they saw with Roy Underhill – or Paul Sellers?  Ultimately, it doesn’t matter what the entry point… as long as the craft lives and thrives, that’s what we care about.

And, who am I to criticize Paul when he was in a booth running educational seminars while I simply wandered the floor, documenting what was going on?  Paul was working it!

Whenever we draw our illusory boundaries such as hand tool vs. power tool, or we bristle when we believe that our methods are under attack, how are we fixing the problem of getting new woodworkers into the fold?  I’m not sure we are accomplishing anything by pointing the finger at others and telling them they are the problem.

After all, it wasn’t a power tool manufacturer that asked for shop classes to be removed from schools. It wasn’t a hand tool woodworker who demanded that schools teach to standardized tests instead of giving the kids a chance to explore different learning options. And, it wasn’t a blended tool workshop that pushed the idea of the vocational arts being some sort of academic consolation prize reserved for students who don’t get it.

We need, instead, to respect that woodworking is a big tent, and there is plenty of room for differences in opinion and approaches. I think I would like to see less finger pointing and more pulling together to realize that it absolutely doesn’t matter how people get into woodworking… all of us have a responsibility to offer our woodworking opinions and philosophies without casting aspersions on the work methods of others.

If we can do that, I think we’ll see sparks of inspiration flying in lots of new shops around the world…

11 thoughts on “The sparks fly”