We’re in Wood Worker’s Safety Week, and I’m sure you are 100% fully compliant on all safety practices. There is a zero percent chance of an accident ever befalling you…

Well, we’d all like to believe that. But, as we know in life, the only things that are 100% certain are death and taxes. Beyond that, it’s a crap shoot. That doesn’t mean that you don’t want to load the dice in your favor, right?  I mean, none of us takes down the box of rat poison and pours it over their breakfast cereal in the morning.  Or walks out into the middle of traffic on a busy road without at least a half-hearted glance to see if cars are oncoming. We don’t light the barbecue grill inside the living room, do we?

In the same way, becoming a little bit safer in the workshop really doesn’t take much thought or effort – or certainly cost. By following a few simple safety tips, you can improve the odds that a freak accident won’t befall you. 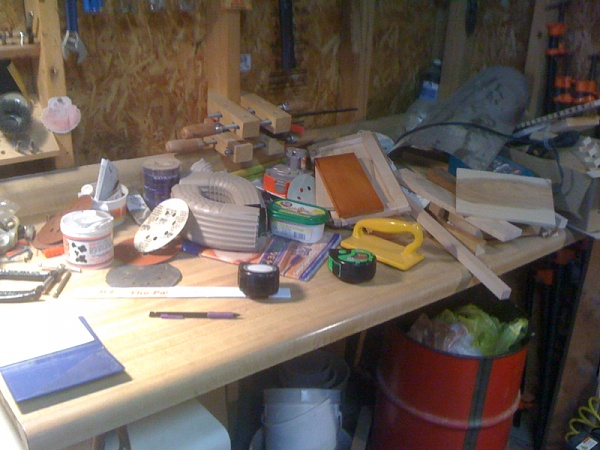 1) Kill clutter.  It never fails – you start working on a project  and the next thing you know, there are extension cords, offcuts and tools all over the place. On the floor. On the bench. Across the shop. They become tripping hazards. Dropping hazards.  I’ve found myself recently becoming lax on cleaning up my messes during a project. There have been times where I have piled up so many tools, clean up could take several days. That’s why I’ve had to institute a plan that at least keeps the mess at bay. My new cell phone has a countdown timer on it. Now, I set the timer for one hour, and when it goes off, I take the time to look at the bench and the tools to see if anything can be cleaned up or put away. Sure, it’s a pain in the rear, but taking a forced break every hour to walk away from the bench and clean up some stuff helps to keep a tidier – and safer – work area. 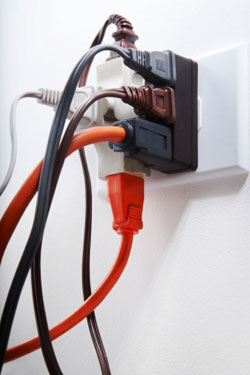 2) Avoid overloads. In order to save a few bucks, I used to use light-gauge outdoor extension cords from the one outlet in my shop and plug in multiple tools. And, for some time, this arrangement worked well for me. That was until one day I smelled this aroma of hot plastic in the shop. What could it have been?  Much to my amazement, the extension cord was uncomfortably hot to the touch. Now, I’m sure the circuit breaker would have kicked in before something would have happened, but it was shortly after that my wife and I had to have a conversation about adding a few shop dedicated circuits to handle the loads I was placing on the tools.

2a) Sure, it cost some money, but there was an added bonus – when I put the tools on two dedicated circuits, if the breaker ever did trip, the lights remained on in the shop. This was a HUGE improvement over what used to happen; the circuit would trip, and the lights would go off with a spinning blade I could no longer see right in front of me…

3) When in doubt, secure your work.  If I’m going to route a set of dovetails, I’ll take the time to carefully clamp the work to my bench. If I’m going to joint a board with my hand planes, I’ll crank down on the board in the vise. But, when I have to make a few simple cuts with a chisel, I typically just lay the board down on the bench surface and go to it. Or, even dumber, I’ve even HELD the board with one hand while using the chisel with the other. That was cool in my eyes, until the day I accidentally laid the sharp edge of a 1 inch chisel across my inner left wrist. You know, where all the veins, arteries, tendons, nerves and ligaments run that operate your hand run. I barely got a scrape from my encounter, but I could have been looking at some major micro surgery to get my left hand working well again.  That was the day I bought a set of Quick Grip trigger clamps, and now I set the piece down on the bench and clamp it into place. Sure, it takes some extra time, but when I think of complaining about that, my mind flashes back to that scary incident.

These three tips are just a starting point. In fact, I’d love to hear more about your safety tips. Remember, Wood Workers Safety Week works when we all share our collective wisdom and help keep everyone happily pursuing the craft.