Part of the fun of being a woodworker is that friends like to keep an eye out for things that you might be interested in. I’ve had people find beat up, ugly, rusty hunks of iron that might have been planes and give them to me. I’ve had people hand me half-used cans of dried up paint to use as a finish on an upcoming project. Then there is the wood.

My friend Al from down the street stopped by my shop on a recent sunny Saturday morning.  He was driving his pickup truck and asked me to check out something he had in the bed. I looked in and found some very interesting offcuts. 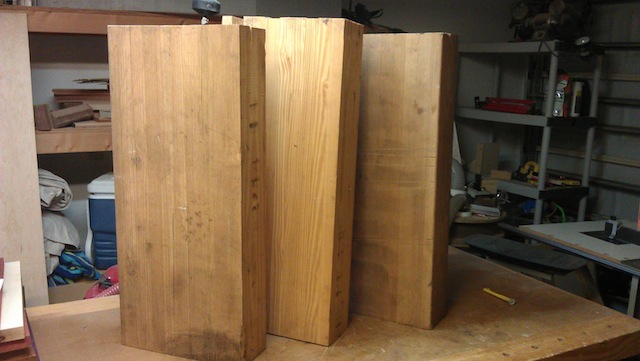 Yes, these are the tail ends of some glue-lam beams that were being pitched, and he wondered if I might be able to use them. Never one to turn down something unique, I took them.

Al told me they were indeed cutoffs from a project going up near his office. They are the support beams for a common space in an apartment/condo building, providing the inside with a tremendous wide-open span. I’m sure they would probably be clear finished or painted to match the interior decor. 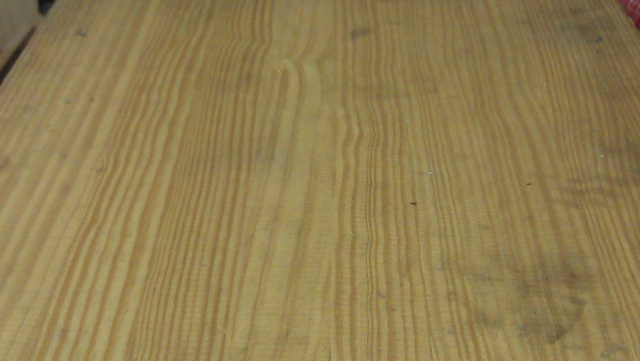 They are massive, made of southern yellow pine. Five inches thick and 13 1/2 inches wide, they are made by gluing up numerous smaller boards.  Obviously, from looking at the grain, there was no effort spent in trying to make them look like one massive board, but hey, that’s cool. I’m sure that they are at least as strong – if not stronger – than a solid SYP beam of a similar size … if you could find one. Gosh – a couple of these things, a stand, a vise and you’d have one heck of a workbench… 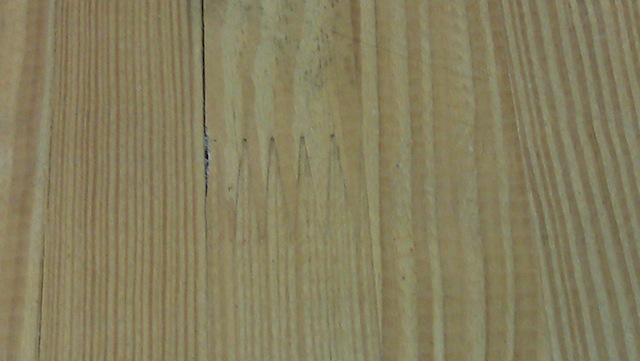 Al told me that the beams were pretty darned long, and I wondered just how they connected them. Sure enough, they were using finger joints, and staggering those joints between solid pieces, so, believe me, they seem plenty strong. 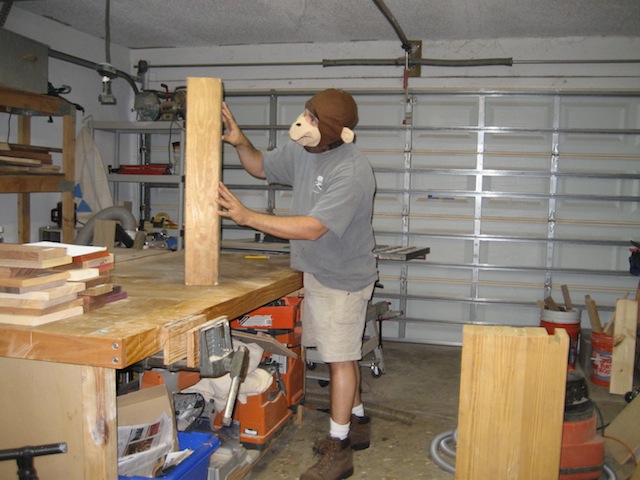 They were so impressive, that even Iggy came by to take a look at their – how shall I put it – monolithic type appearance (Has anyone seen Mr. Kubrik’s assistant lately?).  I’m wondering what the old chimp may be up to, but I’m sure he’ll come up with one heck of a project for these big and beefy parts.

6 thoughts on “Big and beefy”