It’s one of the toughest jobs in the world – the President of the United States.  The country’s chief executive is called upon day after day to make economic, political, military and a host of other decisions to guide the course of the nation.

So, you’d expect the Prez to have a pretty sweet desk.  You would be right. 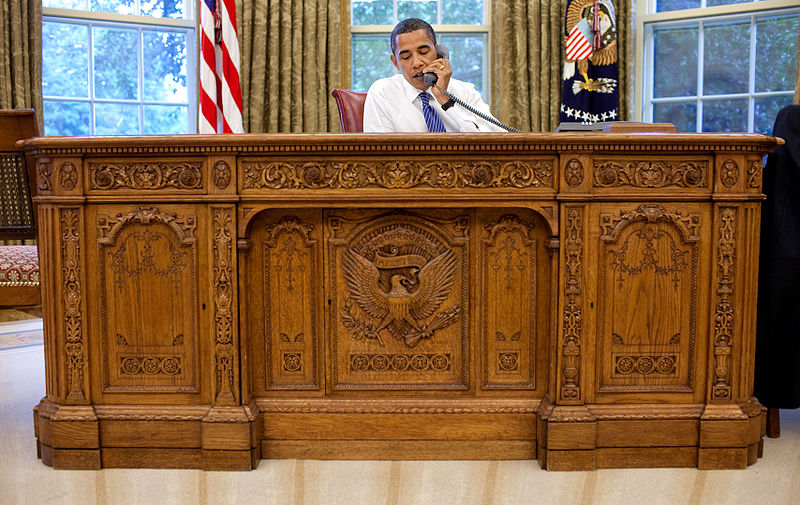 This Wikipedia page catalogs the desks used by different presidents since the Oval Office was completed during the presidency of William Howard Taft. There have only been five desks used in those more than 100 years of American Presidency.

The desk currently in the Oval Office is known as the Resolute desk.  It was built from the timbers of the HMS Resolute – a British ship caught in the Arctic ice and freed by sailors from an American whaling ship.  The desk was given to President Rutherford B. Hayes by Queen Victoria after the ship was struck from the fleet. 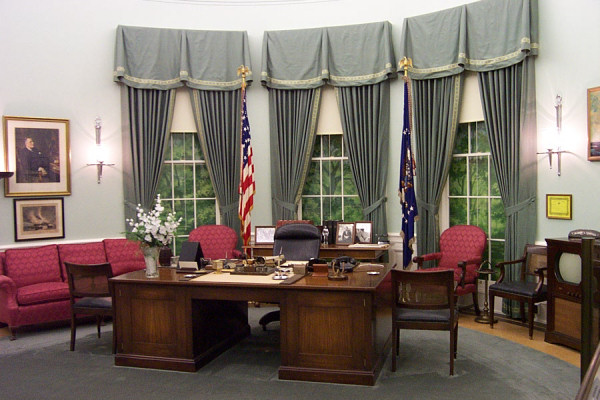 The first desk used in the Oval Office was the Theodore Roosevelt desk. President Taft moved it into the newly completed Oval Office where it stayed until the Eisenhower administration. 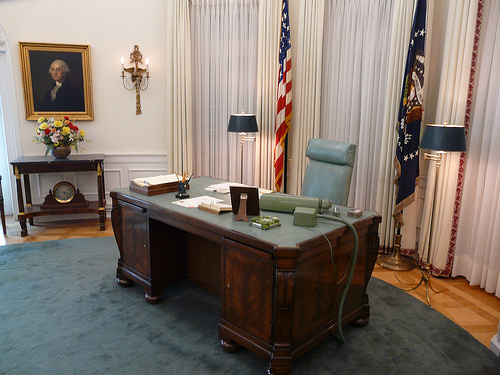 After President Kennedy’s assassination, President Lyndon Johnson had the Resolute desk put on exhibit at the Kennedy library, and had a desk built by the Senate Cabinet Shop.  Today, that desk can be found on display at the LBJ Library in Austin, Texas. 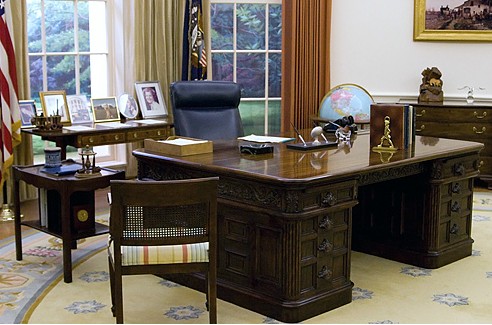 President Richard Nixon moved the Wilson desk into the Oval Office after his inauguration.  Nixon mistakenly believed that the desk was the one used by President Woodrow Wilson when, in fact, it was actually used by President Ulysses Grant’s Vice President Henry Wilson. 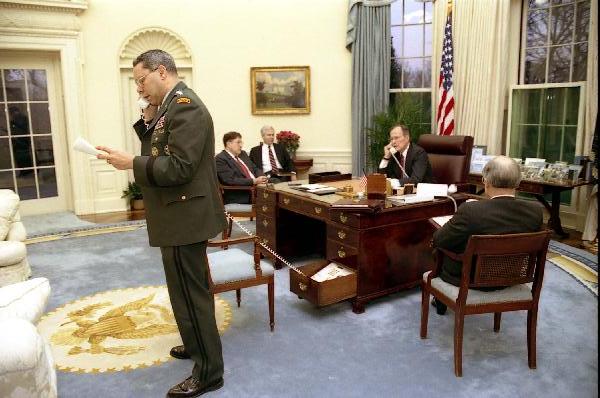 And, President George H.W. Bush used what’s known as the C&O desk – a piece built in the 1920s for the president of the Chesapeake and Ohio Railway and donated to the White House where it can be found today  in the West Wing study.

Since the decorations in the Oval Office are selected by the incoming president at the beginning of his or her term, there is always the option of going with your very own desk.  Hmmm, I wonder if one day someone will have an Abram, Klausz or Spagnuolo desk in the Oval Office?

7 thoughts on “Link of the week”