Hello everyone.  It’s me, Iggy the Trained Shop Monkey again because – as is always the case – Tom is taking forever to build a project I could have whipped out faster than you can say Bananas Foster. 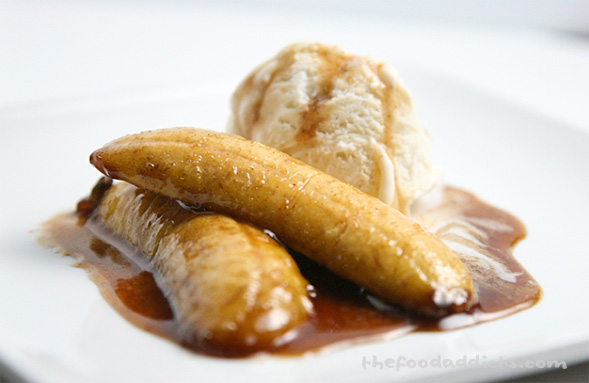 First, he’s out there doing his silly debate on what kind of joinery to use to make the sides.  Then, after all of that prep work, he manages to lose his square and mess the assembly up.  What a dufus.  I can’t believe I still hang out with the tailless wonder.

To help speed this project along, I have noticed that his oldest son Dominic has been sitting around the house all day in this – the last week before school starts for him. He’s looking both bored AND like he’s wanting to show his old man up. So, I solicited his help.  Actually, I was able to induce the young lad with the promise of a banana split if he did a good job.  Of course, I’m going to have Tom pay for it.

We went off to the big home improvement center to pick up some new circular sanding sheets for Tom’s random orbit sander. The young lad appears to be super-thrilled to be starting a loud and obnoxious sanding job in a very hot garage instead of doing something boring like playing his favorite video games or doing that crazy Facebook thing with his buddies. 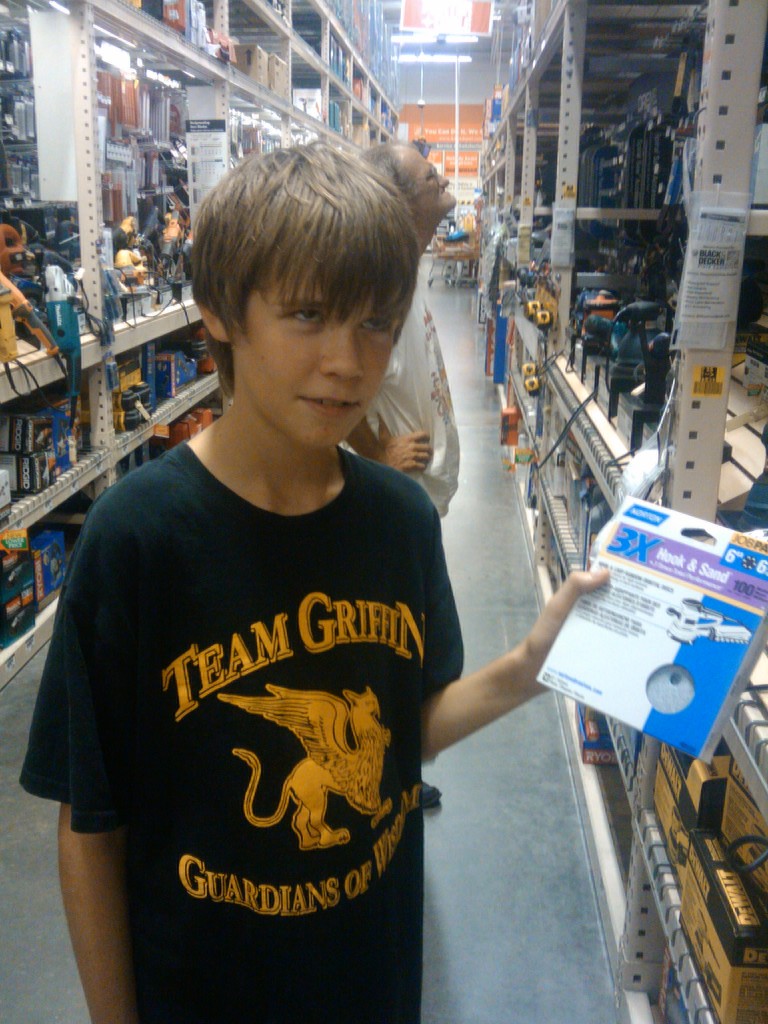 Since Tom had already flattened the boards with the belt sander, all I needed Dom to do was to start working with the coarser grit sanding pads on the random orbit sander.  I taught him a trick which – I am absolutely certain – Tom would have never thought to do. I drew a squiggly pencil line across the face of the board and instructed the strapping young lad to sand evenly until the pencil line was ‘erased’ by the sanding pad. By doing this (and, of course emphasizing the need to keep the sander’s pad flat on the board’s face), he will be able to more evenly sand the pieces, getting better results than Tom could ever hope to get on his own.

I also made sure that the boy is doing this safely.  I have the air conditioner turned on in the shop, we have the sander attached to the Fein dust collector and he’s wearing both eye and hearing protection. If I’m going to make him work in the shop, at least I have to be sure to consider his welfare. 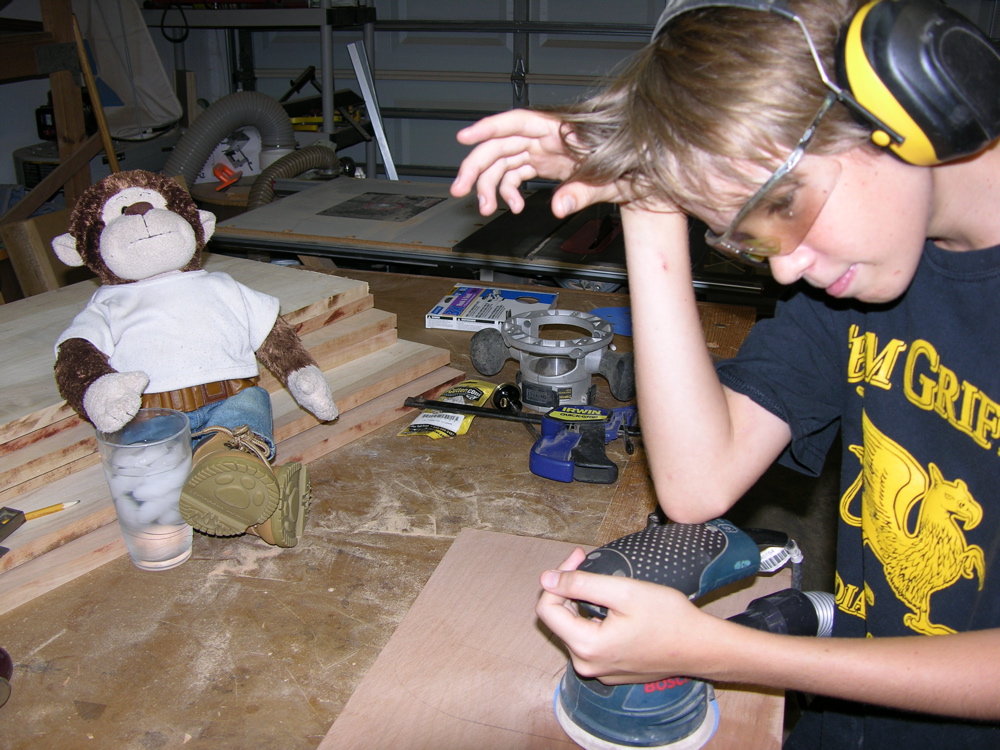 Now, all that’s left to do is to ‘motivate’ the boy to do the hard, dusty work smoothing the board with the random orbit sander while I kick back on the stack of unsanded shelves with an ice cold beverage.

Supervision is a very tough job, but I’m just the monkey to do it.

One thought on “Putting the help to work…”