I loved – and still do love – the original Star Trek series. It was so forward thinking in its scope. I mean, it had Earthlings exploring deep into space, encountering new civilizations and attempting to make peace with them to bring them into alliance. Trying to avoid war at all costs, but not afraid to kick butt when it was important enough to do it. 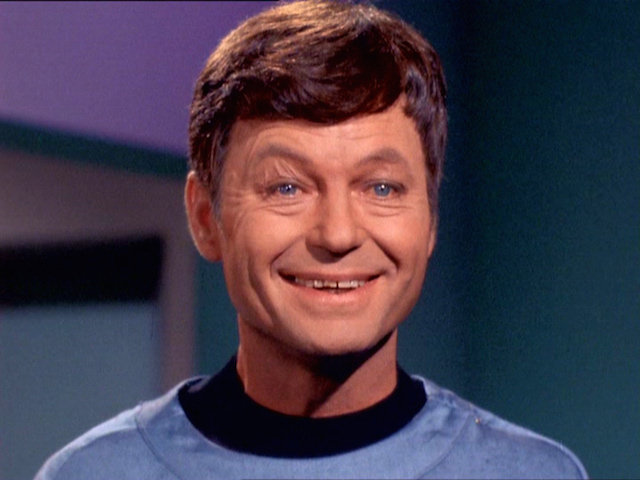 Of all the character in the show, DeForest Kelly’s Bones McCoy was one of my favorites. He was grouchy, excitable, moody – but there was no one in Starfleet who was as skilled as he was. He could diagnose and treat just about anything that ailed the crew, and his country doctor mannerisms endeared him to the crew.

I must be getting the same reputation for fixing broken chairs. Back in 2011, I fixed a chair for friends who brought an antique model back from Sweden. Now, this year, I got a call from a couple of friends that Rhonda and I know very well. It seems they had a similar issue at their house where someone had broken one of their dining room chairs. Ooops. Could I fix it? 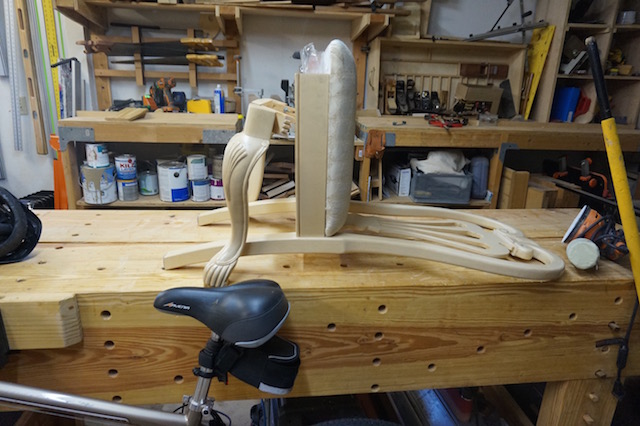 Damnit, Jim, I’m a woodworker, not a furniture repairman. But, knowing that our friends really needed the chair fixed, I agreed.

Wow, was it busted. The chair was held together with hanger bolts through the front legs and some wooden corner brackets screwed into place. What had happened was that someone had bounced onto the chair and snapped the corner brace, which loosened the entire assembly. OK, I had to think how I was going to do this. 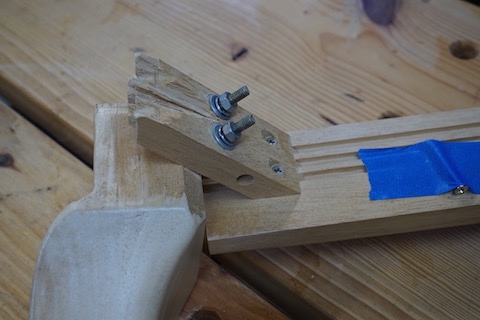 The rails of the chair were held in place – well, there was no joint holding them in place. They simply butted to the leg, with this corner brace system. This was a blessing in disguise, because I knew I could help rebuild the joint using some other system. After scratching my head for a while, i thought that dowels would be the best option. So, the first thing was to take the piece apart. 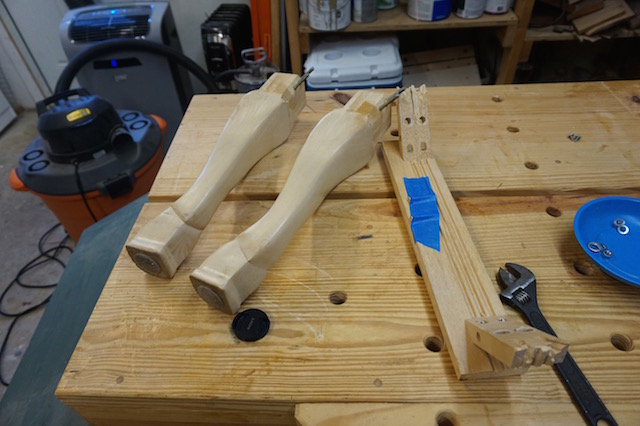 With them all apart, I broke out my Joint Genie doweling jig and set it up to cut a series of holes in the rails and the legs. The jig gave me good alignment and made drilling matching holes easy. 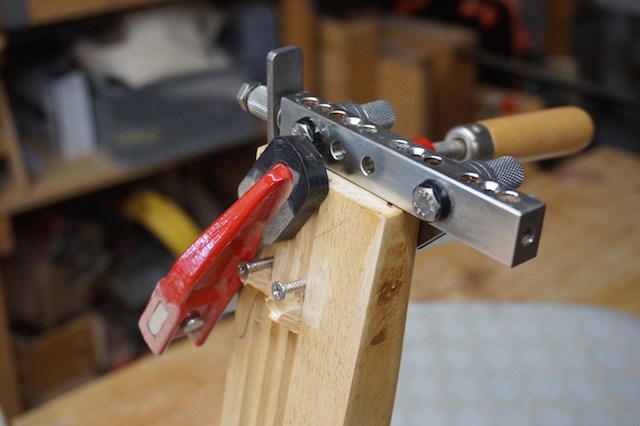 With the holes bored in the rails and the matching holes in the legs, I filled the holes with dowel pins, but no glue. I figured that the chair may one day need to be broken apart again for repair, so using the dowels for alignment and joint reinforcement would make sense. 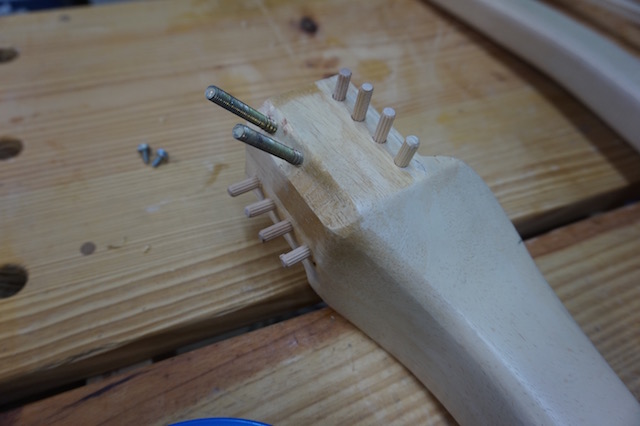 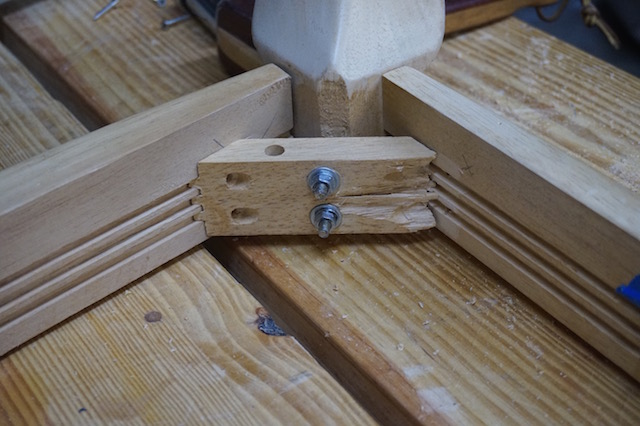 Once I had that taken care of, I then reattached the seat to the frame with four long screws, and voila, the chair was ready for a test. 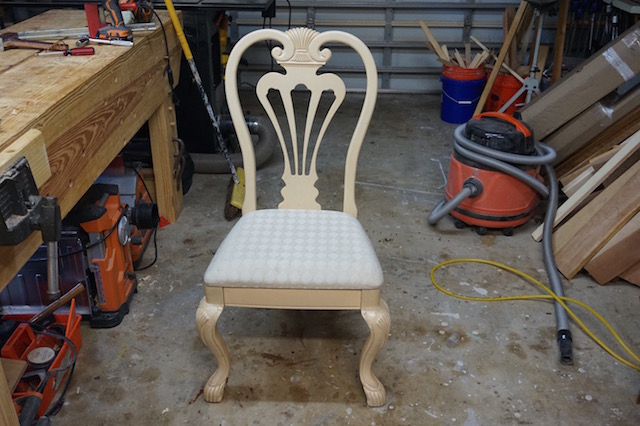 It’s actually a very comfortable chair, and it looks like it’s ready for many long years of service at the dining room table. 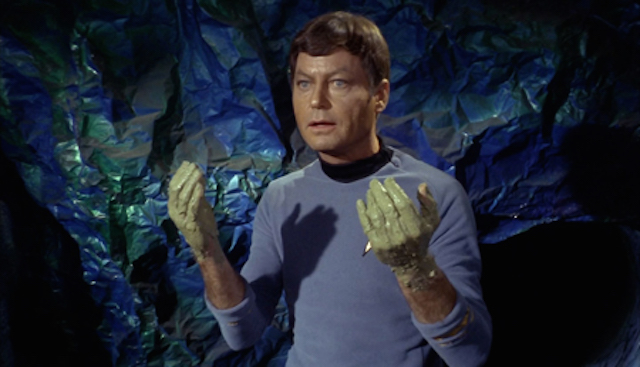 In the immortal words of Bones McCoy, I’m beginning to think I can cure a rainy day…

One thought on “I’m a Chair Surgeon”