It has been a while since I last used polyurethane glue. I found it messy, a hassle to use and, once the container was opened, it would foam up in my humid Florida shop  into a hard blob of goo in the bottle. Yuck.

Recently, though, the folks at Gorilla Glue sent me a few bottles of the stuff to try in my shop. They say that the new stuff is a better formula, and they have improved the cap so the stuff won’t go bad.  So, why not give it another go? 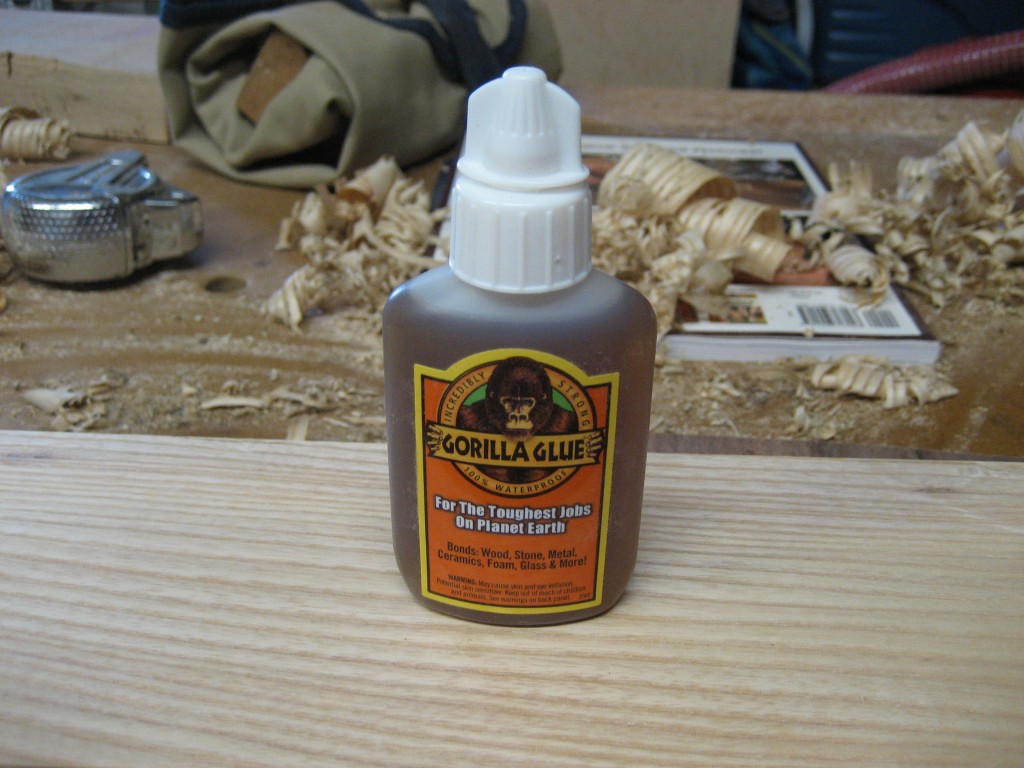 I’m in the process of building my first drawer-based bandsawn box, and I needed a thick piece of wood to build it.  I didn’t have anything thick enough to do the box on its own, but I had a nice big block of white oak that had been sitting on my lumber rack for a long time. It measured out to 7/4 thickness had a big crack down the middle. That wasn’t going to be an issue, because I ripped the board down the middle with my band saw and planed up the pieces. It looked nice. 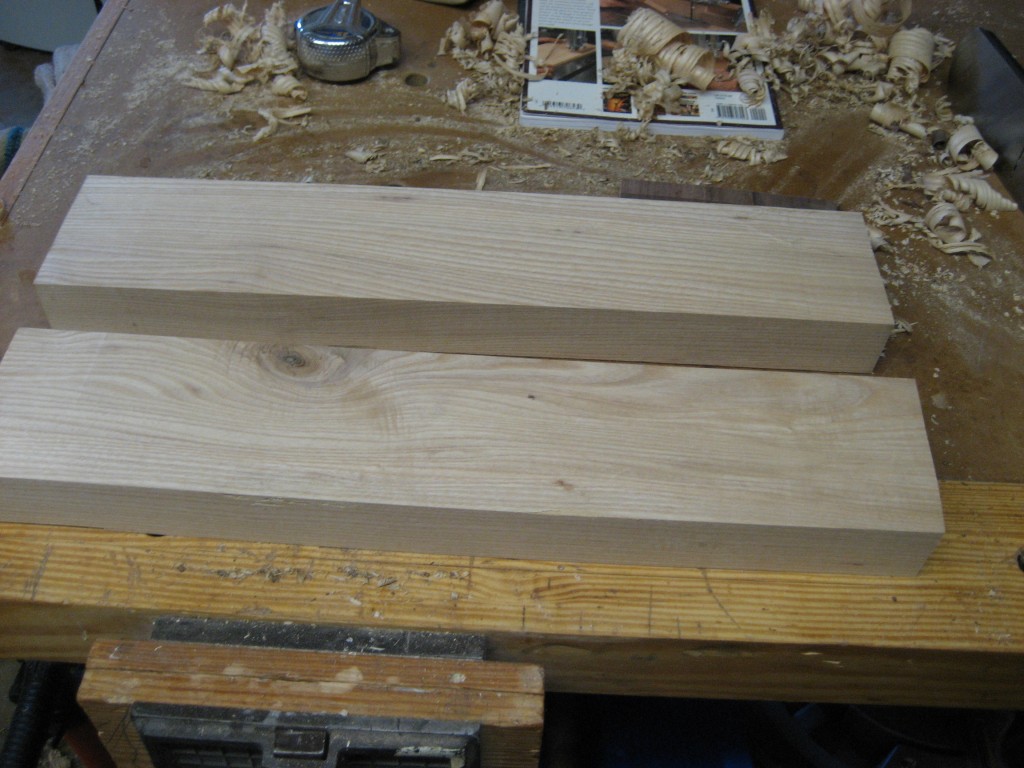 From there, I followed the instructions on the bottle.. Imagine that.  Since this glue cures in the presence of moisture, I took the time to carefully dampen one of the mating faces with a little bit of tap water.  On the other face,  I took my time to lay down a good bead of glue and then spread it with a wood scrap. 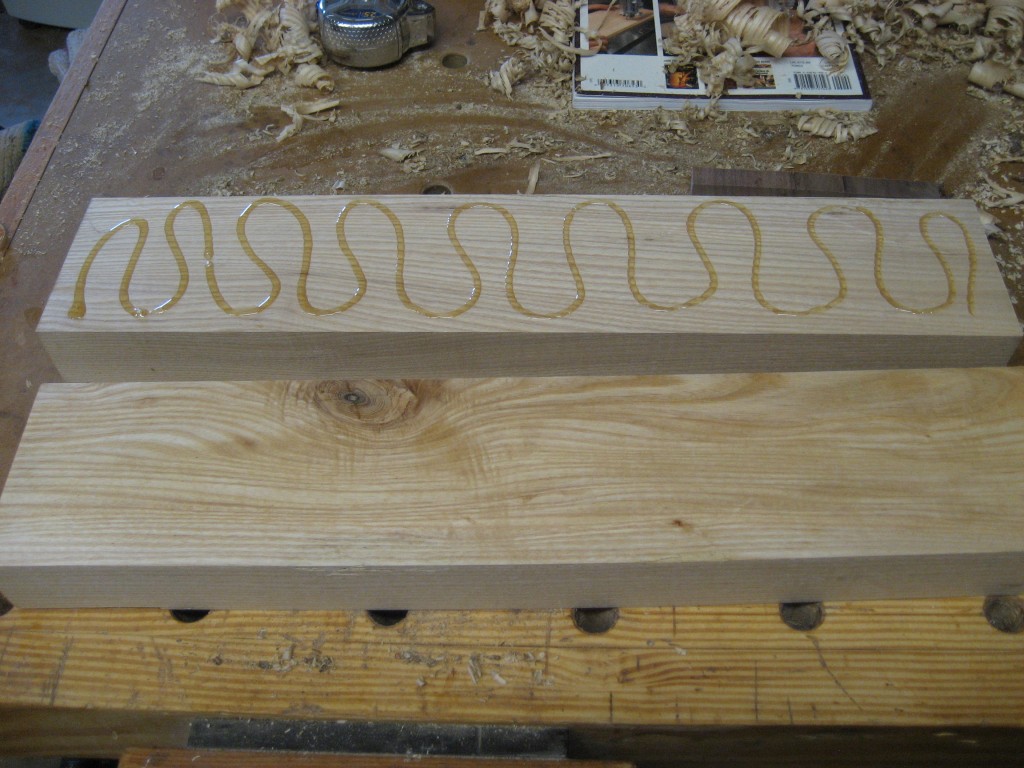 Once everything looked good, I placed the dampened face of one piece on top of the glue-covered face of the other. I broke out my shorter K-body clamps and put a good amount of pressure on them. As expected, as the glue began to cure, it foamed up. It was pretty cool to see happen… 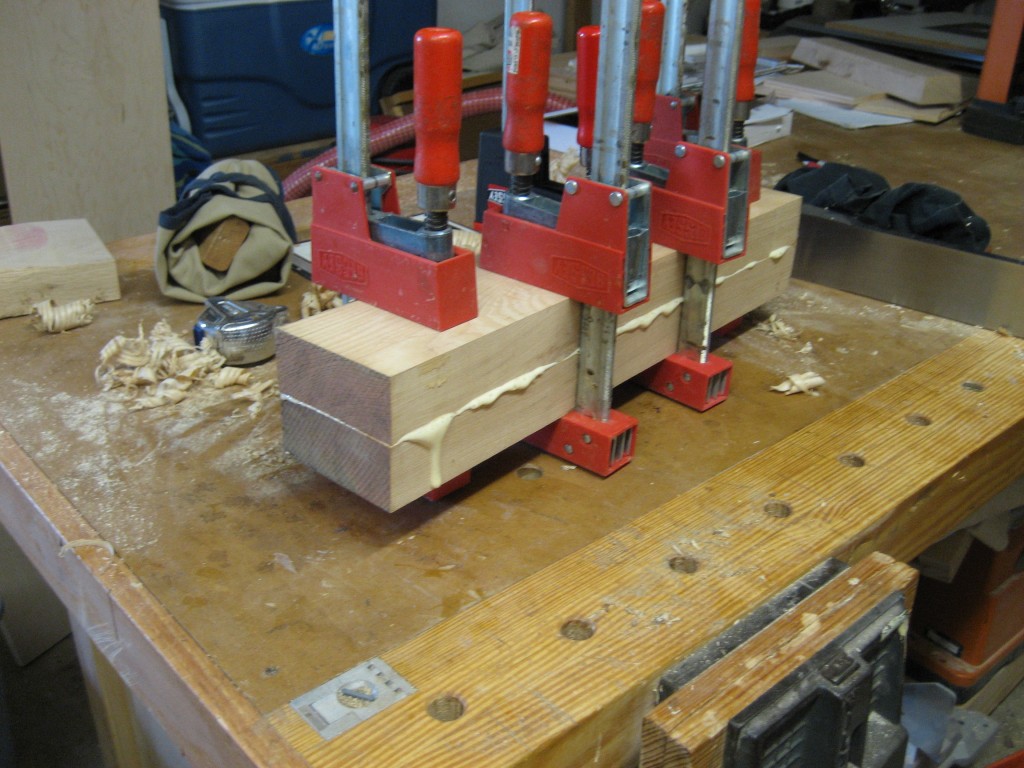 Once that was in the clamps, I wanted to get the bottle sealed up carefully so I wouldn’t have ‘issues’ later. The new cap from the folks at Gorilla Glue does two things to help keep moisture out.  First, it’s a very tight screw-tip fit. This seals out air better than the old style of cap. The other tactic they are using is a steel pin mounted in the cap that inserts into the neck of the bottle. This presents another physical barrier preventing air from messing up the glue in the bottle. 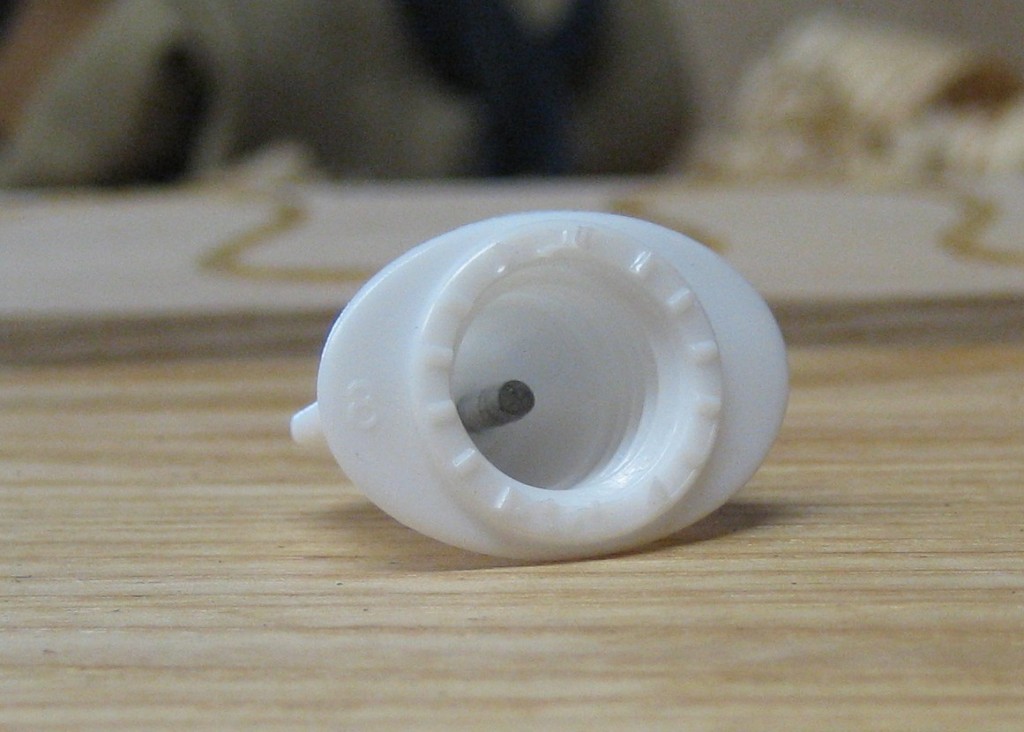 Once the glue cured (I gave it 90 minutes), I took the assembly out of the clamps and scraped off the foam. Then, I ran the block through the thickness planer to ensure everything was nice and flush.  It seemed to turn out good… 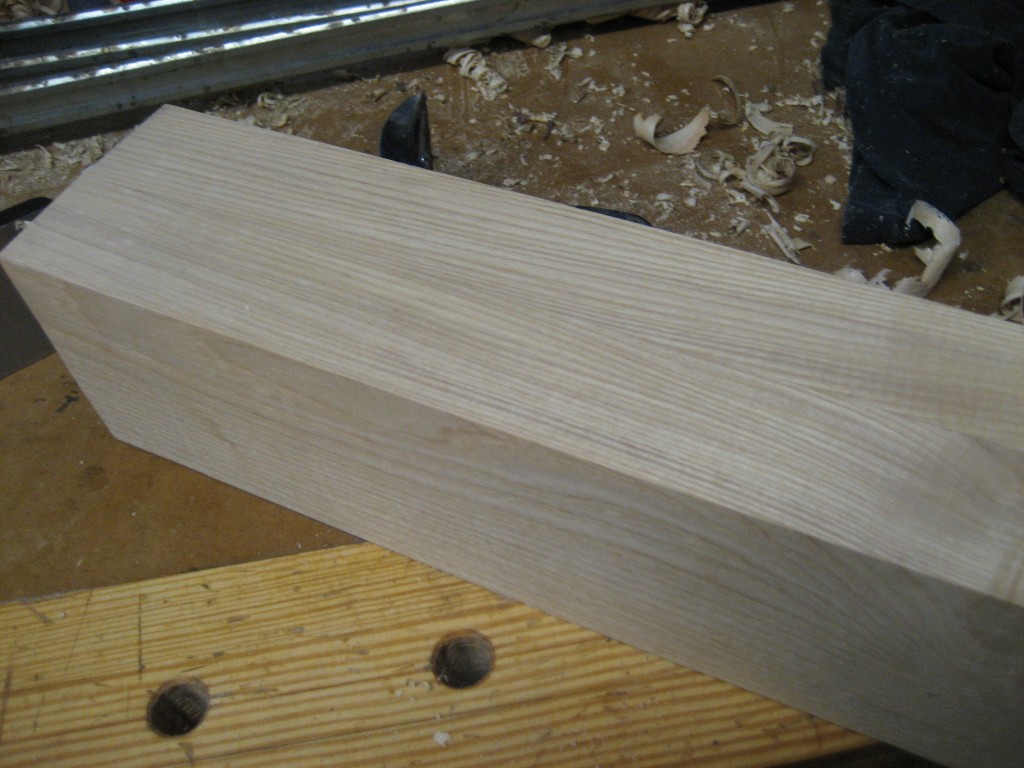 I stared working on the bandsawn box, but my saw decided to chew up and spit out the lower tire off the band wheel… Crap.  Oh, well, time to buy a new tire for the saw. I’ll have to put this project on hold until I can get the replacement part. And, I’ll have to check on the bottle of glue to see how well the contents have fared with the new cap.